5 of the Coolest Cadillacs in Cinema

With a legacy of power and luxury, Cadillacs are a natural pick for the silver screen. They’re versatile, too — they’ve served as everything from ghost-busting hero cars to wasteland warlord chariots. Let’s take a cruise though cinema history and see five of the coolest Cadillacs ever featured on film.

This heavily modified 1959 Cadillac Miller-Meteor Ambulance is best known as Ecto-1. It features massive, stylish tailfins and a load of ghostbusting tools, like the Proton Pack, Particle Thrower, and Slime Scooper, all designed by hardware consultant Stephen Dane.

This iconic car was so eye-catching that while promoting the film, it caused motorists to get distracted and crash. Later, it went on to star in Ghostbusters II, where it backfired and billowed smoke. Sadly, those weren’t special effects — the car was in dire need of care, and after filming, Universal Studios simply left the Ecto-1 to rust in a backlot. Enthusiastic fans purchased the car and restored it to its former glory. 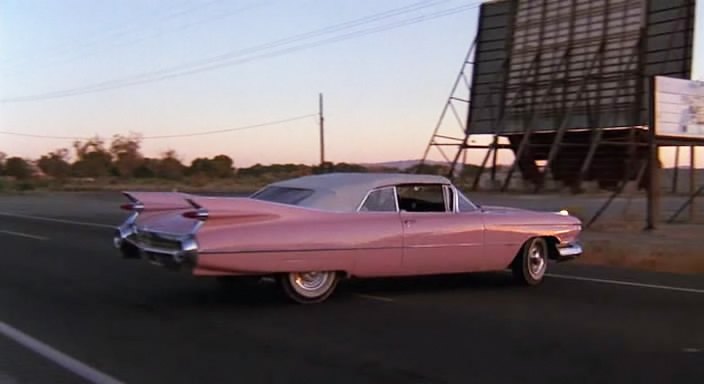 While this movie wasn’t a hit with critics or moviegoers, there’s something charming about seeing Clint Eastwood and Bernadette Peters ride around in pink 1959 Series 62 convertible. In the movie, Lou Ann (Peters) flees her husband’s cult, taking his prized pink Cadillac along with her. A bounty hunter (Eastwood) joins her journey, and together, they outrun and outwit the violent cultists hunting them down. In 2014, the eponymous Cadillac was auctioned off in Paris for a sweet $83,800. 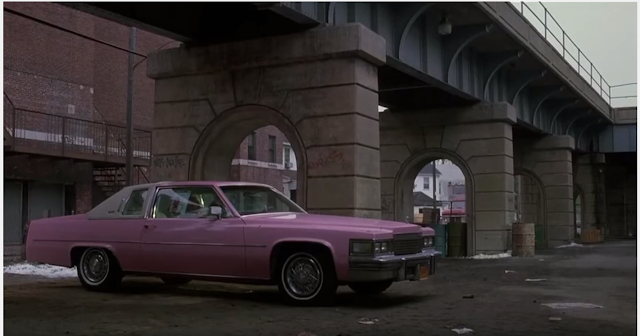 As soon as gangster Johnny Roastbeef gets some money from a big heist, his boss warns him to lay low. Instead, he buys his wife a hot pink 1979 Coupe DeVille, because nothing screams “inconspicuous” like a Pepto-Bismol pink luxury car. That grave error didn’t go unnoticed; ultimately, the boss whacks Mr. and Mrs. Roastbeef before they get the chance to peel the dealer decal off the windshield.

In Terry Gilliam’s psychedelic 1998 cult classic, this 1971 Fleetwood Eldorado never catches a break. Dubbed the White Whale, this Cadillac suffers through a chaotic road trip with Raoul Duke and Dr. Gonzo (Johnny Depp and Benicio Del Toro, respectively). Despite having coconuts smashed on its hood, surviving some off-road desert driving, nearly losing its bumper, and having its top shredded, this Cadillac survived to be auctioned off on eBay. 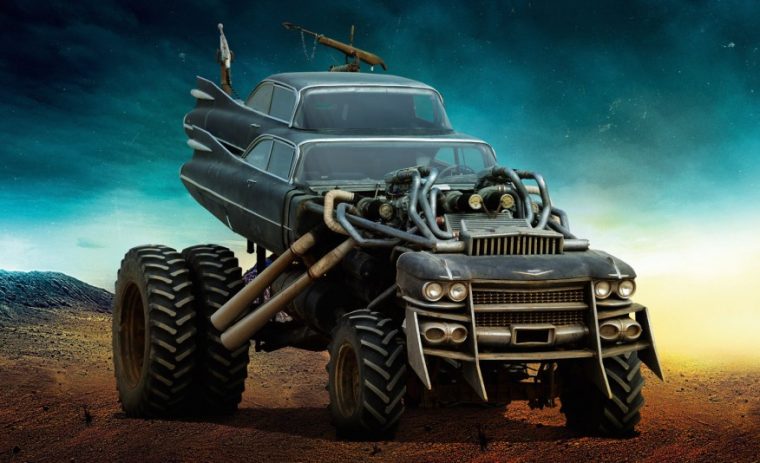 In the apocalyptic wasteland of Mad Max: Fury Road, the villainous Immortan Joe (Hugh Keays-Byrne) flaunts his wealth with this monstrous mashup of two 1959 Cadillac Coupe de Villes. Sporting a custom gearbox, twin V16 engines, a harpoon, a flamethrower, two-meter-high double-wide wheels, and presumably terrible gas mileage, art director and production designer Colin Gibson spared no expense when crafting this beast. He even produced a duplicate of the car for promotional purposes.

A Look Ahead: The future of the Cadillac lineup