The Toyota Motor Corporation was founded in 1937 and has since grown into one of the largest automobile manufacturers in the world. In 2012, the company became the first automaker to sell more than 10 million vehicles worldwide in a single year. In addition, Toyota is one of the leaders when it comes to producing eco-friendly hybrid vehicles, as the company offers 33 hybrid models in a total of 90 different countries and regions as of 2016. With this type of success, some people might overlook the stylish Toyota concept cars the company has released over the years. Below are five of the most stunning concept cars ever released in the history of Toyota… 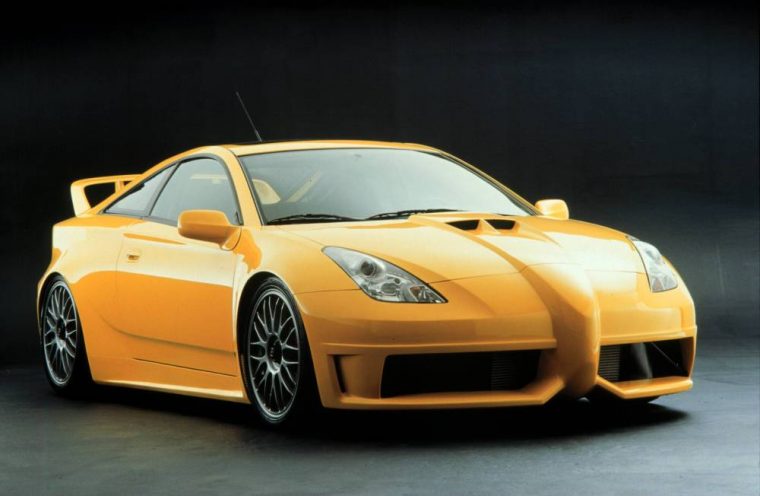 The Ultimate Toyota Celica Concept made its debut in January, 2000. The purpose of this car was to remind the public of the Celica’s storied racing history. It was designed at Toyota’s Calty Studio in California and the exterior was inspired by open-wheeled Champ Cars of its day. To complement its striking design, the Ultimate Celica Concept also featured a turbocharged 2.0-liter 16-valve four-cylinder engine, which provided 500 horsepower and 340 lb-ft of torque. In order to handle that power, engineers equipped this specialized Celica with an advanced all-wheel drive system, a custom built roll cage, and high-performance brakes. The Ultimate Celica Concept goes to show that while Toyota is known for producing reliable and efficient cars, the Japanese automaker can create high-quality performance vehicles when the need arises. 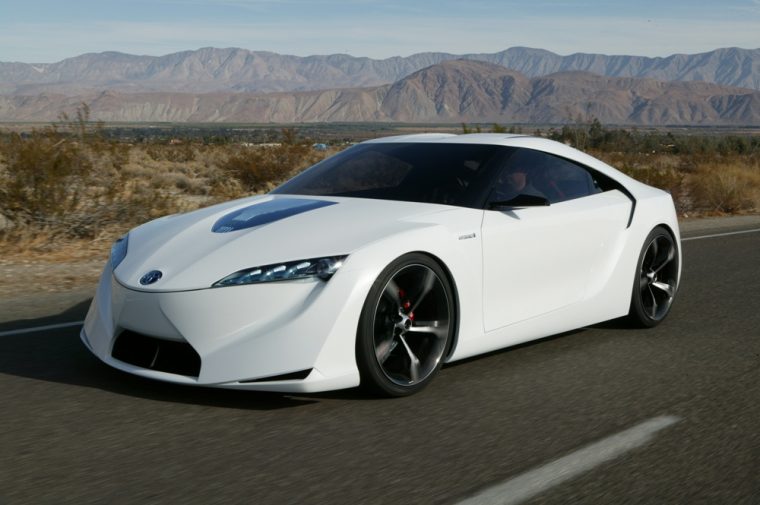 The first time that Toyota showed off its FT-HS Concept was at the North American International Auto Show back in 2007. This car was meant to answer Toyota’s question, “What is a suitable sports car for the 21st Century?” Aimed at consumers who were both eco-conscious and tech-savvy, the FT-HS Concept featured a 3.5-liter V6 hybrid electric powertrain that allowed this car to go from 0 to 60 mph in less than five seconds, which was quite an accomplishment for a hybrid vehicle at the time. In addition, the FT-HS featured an exotic taillight design that spanned the entire length of the rear fascia. In fact, everything on this car was meant to improve aerodynamics and create a better overall driving experience. A few examples of these designs included the car’s integrated retractable spoiler and it’s uniquely designed hood, which used a scalloped channel to direct more air towards the car’s hybrid engine. 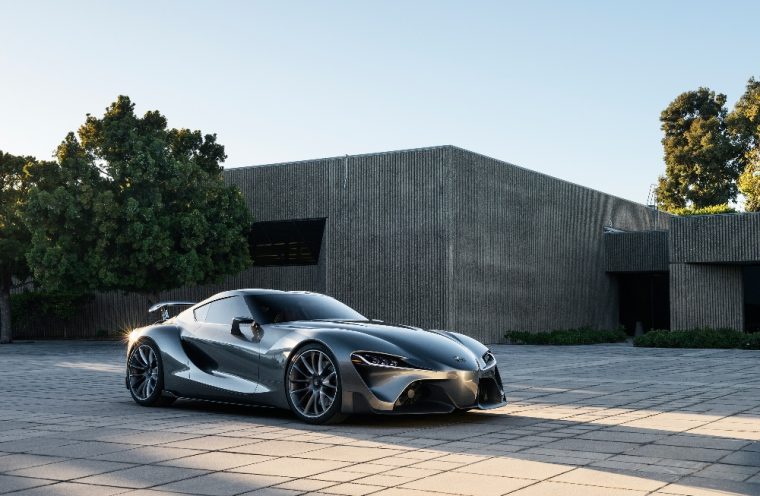 The first Toyota FT-1 Concept made its debut at the 2014 Detroit Auto Show. That car was finished in an eye-catching red and black exterior paint job and it was definitely one of the most talked about automobiles at that year’s show. The FT-1 Concept pictured above, finished in Graphite exterior paint, was shown at the 2014 Specialty Equipment Market Association (SEMA) Show. This car also featured genuine saddle leather seats, metal mesh accents, and a head-up display that was inspired by fighter jets. This head-up display is able to project info on the windshield above the steering wheel, so the driver can keep their hands on the wheel at all times. Furthermore, the exterior design of the FT-1 was so well received, that it’s become the inspiration for the upcoming Toyota Supra sports car. 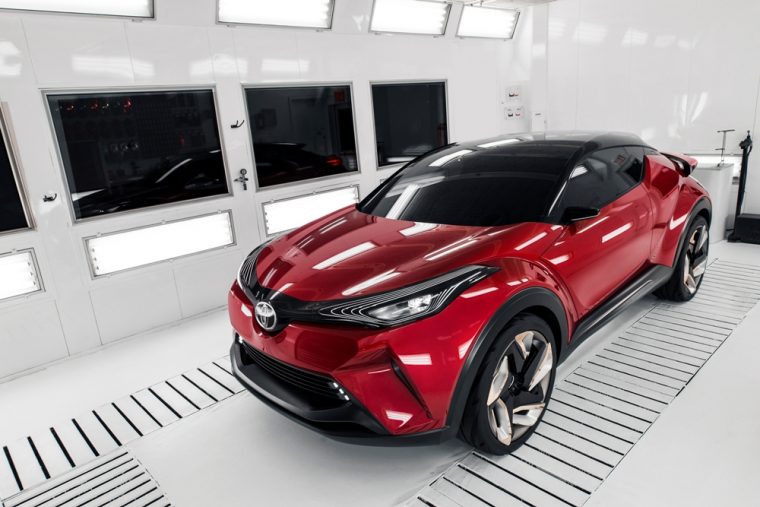 The Toyota C-HR subcompact crossover is scheduled to become available early next year in the United States, where it will be released as a 2018 model year vehicle. However, before the C-HR was ever put into production, it made its debut as a Toyota concept vehicle at the 2014 Paris Motor Show. Toyota then made the surprising move of adding the Scion badge to the C-HR when it was shown again at the 2015 LA Auto Show, but those plans for re-branding the two-door crossover were quickly scrapped after Toyota decided to discontinue its youth-oriented Scion brand. Besides offering a stylish exterior, the 2018 C-HR will also come standard with a host of advanced safety features, including ten airbags, full-speed dynamic radar cruise control, lane departure alert, automatic high-beams, rear backup camera, forward collision warning, and automatic braking. 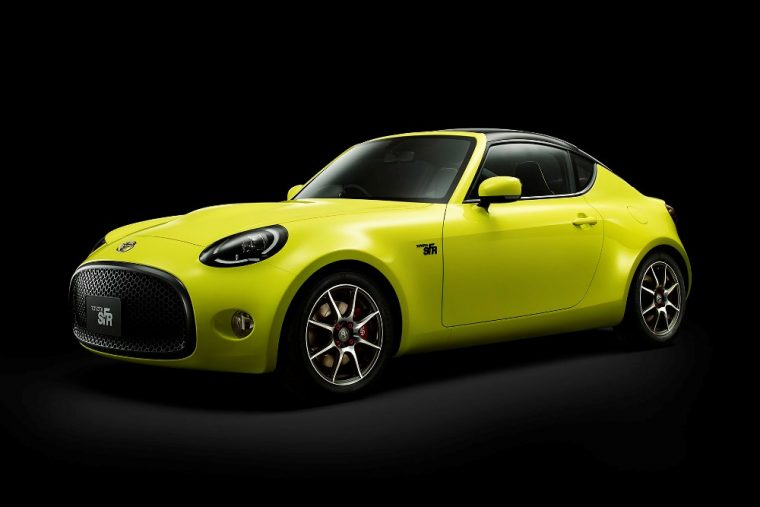 When Akio Toyoda became the president of Toyota in 2009, he challenged his engineers to create more interesting and fun-to-drive cars. In the years since, that challenge has been answered by vehicles such as the Lexus LFA supercar and Toyota 86 sports coupe. Both of these models have earned loyal followings, but remained out of the price range of many consumers. That’s where the Toyota S-FR comes in. Intended to sit below the Toyota 86 in the company’s lineup, the S-FR was designed as an answer to the Mazda MX-5 Miata. However, unlike the Miata, the S-FR retains its hardtop roof and its body is devoid of any sharp lines or creases. The Toyota S-FR made its debut at the 2015 Tokyo Auto Show, and a racing version of the S-FR was shown at that year’s Tokyo Auto Salon.

Why Spend More On A New Car? Learn what benefits come with a used Toyota