The sixth generation Mustang is right around the corner, and a lot has changed over the course of 50 years. Ford, however, wants you to pay particular attention to some of the things that haven’t changed all that much in half a century. From the shark bite nose on back to the tri-bar tail lamps, the more certain things change over the course of 50 Years of Mustang Design DNA, the more they stay the same.

“All great sports cars are living, breathing machines that reflect both their drivers and their creators,” said Moray Callum, Ford vice president of global design. “Like a living organism, they must change and adapt, or go extinct.”

“As one of the few cars that has been in continuous production for 50 years, Mustang has successfully adapted while retaining its essence.” 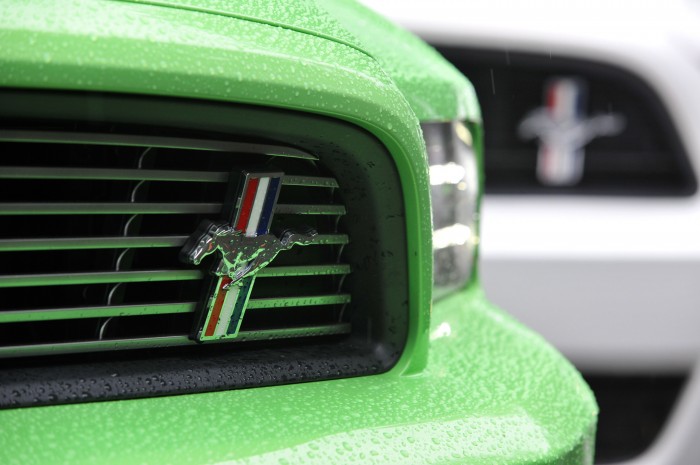 In the 50 Years of Mustang Design DNA feature above, Ford engineers discuss some of the hallmarks integral to the definitive Mustang spirit, such as the fastback profile, the trapezoidal grille, and the hockey stick-shaped side body lines.

Be sure to check out the gallery below to see how the Mustang has evolved over the course of 50 years, and check back with us frequently for the latest on the 2015 Ford Mustang as its fall launch date looms closer.

The twin-eyebrow panel in a 1965 Mustang

The fastback profile of a ’65 Mustang

The tri-bar tail lamps of a ’65 Mustang

twin-eyebrow panel of a ’67 Mustang

Trapezoidal grille of a 68 Shelby GT350

The “Fox Body” Mustangs took on a hatchback configuration

Twin-eyebrow panel in a 1994 Mustang convertible

The fifth-generation Mustang reverted to a sleeker fastback and shark-bite front with round headlamps, recalling the first generation models.

The twin-eyebrow instrument panel in a 2012 Mustang