Nestled in between Cincinnati and Columbus is the Gem City of Dayton, Ohio. Famous for being the hometown of aviation pioneers Orville and Wilbur Wright, this city is also well-known in the automotive industry for being the home of America’s Packard Museum, which was ranked as one of Car Collector Magazine’s “Top Ten” automotive museums. However, if you’re more interested in contemporary vehicles, each winter the Gem City plays host to the Dayton Auto Show. Automakers from all around the world display vehicles at this event and this year it takes place at the Dayton Convention Center from February 23rd to 26th. Below are just six of the must-see cars at the 2017 Dayton Auto Show.

Dayton News: Find out how one Dayton gym owner went from sleeping in his office to driving a Ferrari 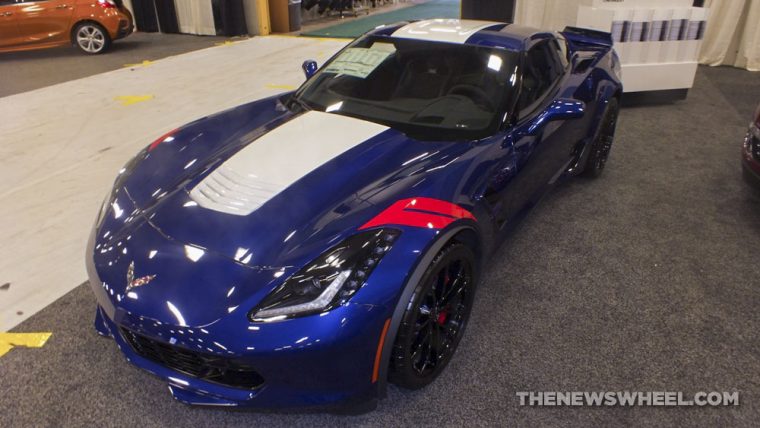 The new Grand Sport slots in between the Stingray and Z06 models in the Corvette family, as it borrows the Z06’s track-tuned suspension, brakes, and tires, but maintains the Stingray’s capable LT1 6.2-liter V8. This eight-cylinder engine provides the Corvette Grand Sport with 460 horsepower and 465 lb-ft of torque, which allows it to zip from 0 to 60 mph in a mere 3.6 seconds. In addition, the 2017 Corvette Grand Sport comes standard with a performance exhaust system, Magnetic Ride Control, and a Bose premium 9-speaker audio system. 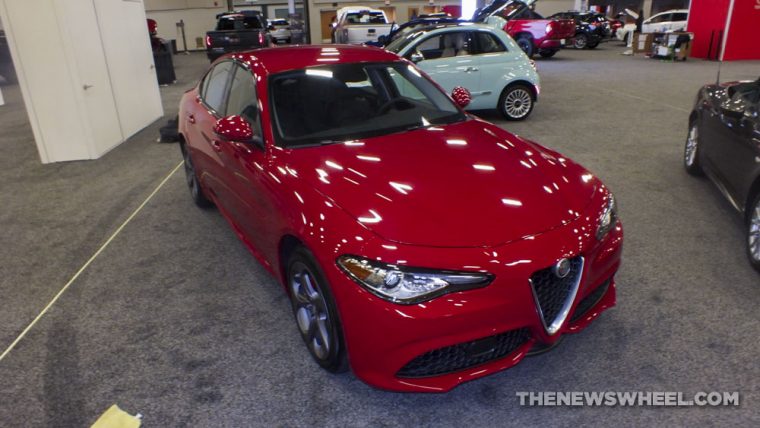 The Alfa Romeo brand made a major statement when it launched the two-seat 4C coupe in the United States back in 2014. Now three years later, the company has finally brought the Alfa Romeo Giulia to the US and even made the bold move of airing three commercials during this year’s Super Bowl to promote the handsome sedan. Consumers will be able to choose from two capable engines with the new Giulia. The standard motor is a 2.0-liter turbocharged four-cylinder good for 280 horsepower and 306 lb-ft of torque, but buyers can also opt for 2.9-liter twin-turbo V6 that supplies 505 horsepower and 443 lb-ft of torque. 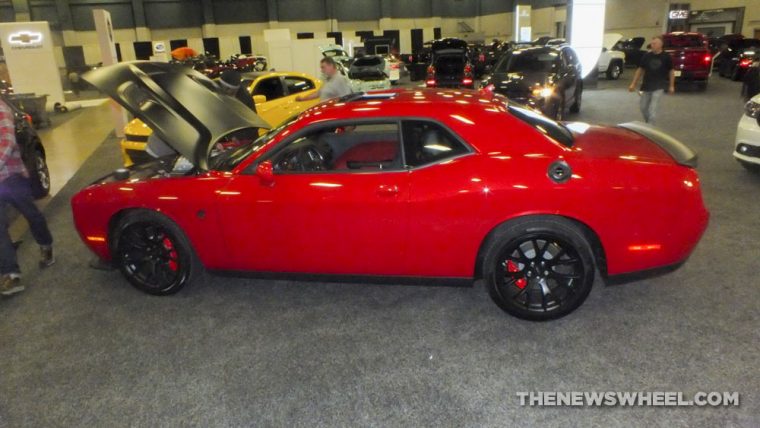 Last year, there was a Dodge Charger SRT Hellcat at the Dayton Auto Show, so it makes sense that a Challenger SRT Hellcat would make an appearance at this year’s event. Just in case you didn’t already know, the thing that makes the Hellcat so unique is what lies underneath its hood. That’s because the Challenger SRT Hellcat comes equipped with a supercharged 6.2-liter HEMI V8 engine rated at 707 horsepower and 650 lb-ft of torque. This potent motor lets the Challenger Hellcat rocket from 0 to 60 mph in just 3.6 seconds and hit a top speed of 199 mph. 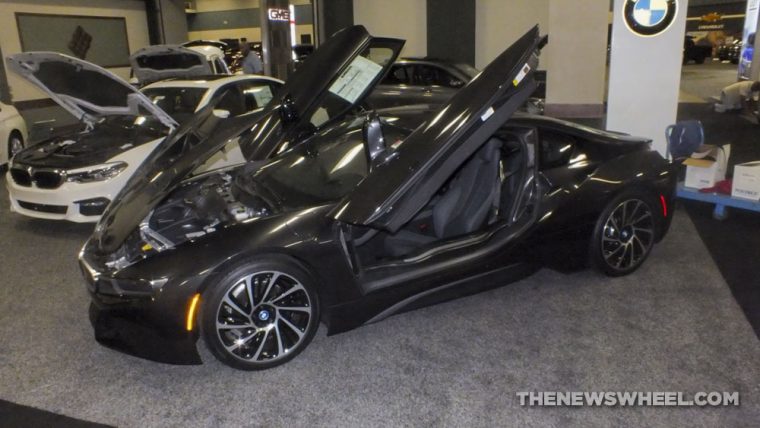 The 2016 BMW i8 carries a starting MSRP of $140,700, making it one of the most expensive cars on display at the 2017 Dayton Auto Show. More reminiscent of a spaceship rather than a traditional car, the BMW i8 coupe features a high-tech hybrid powertrain that consists of a three-cylinder turbocharged engine along with an electric motor that receives its power from a 7.1-kWh lithium-ion battery. Thanks to this unique engine system and lightweight carbon fiber/aluminum structure, the BMW i8 achieves a miles per gallon equivalent rating of 76 MPGe. 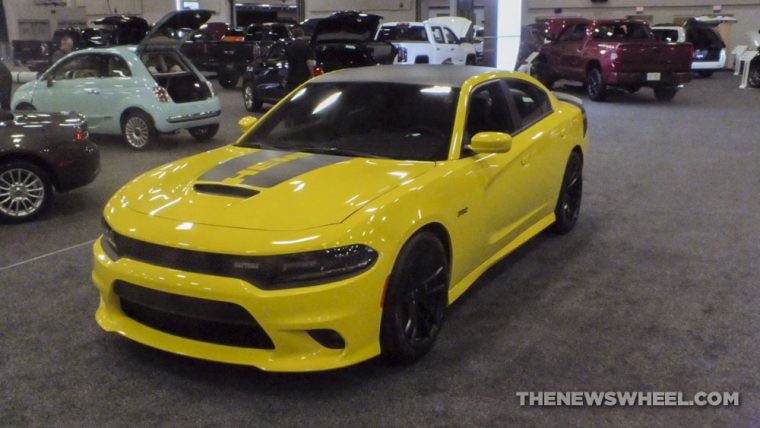 Dodge markets the current Charger sedan as the world’s only four-door muscle car. This model boasts eye-catching styling, an available all-wheel drive system, and even offers the choice of three powerful V8 engine options. Sadly though, the redesigned Charger has reportedly been postponed until the 2021 model year due to FCA’s current money woes, but that’s where the new Charger Daytona and Daytona 392 variants come into play. Without an all-new model to debut, Dodge has decided to release these special edition models that pay tribute to the 1969 Charger Daytona coupe that was used for NASCAR racing. 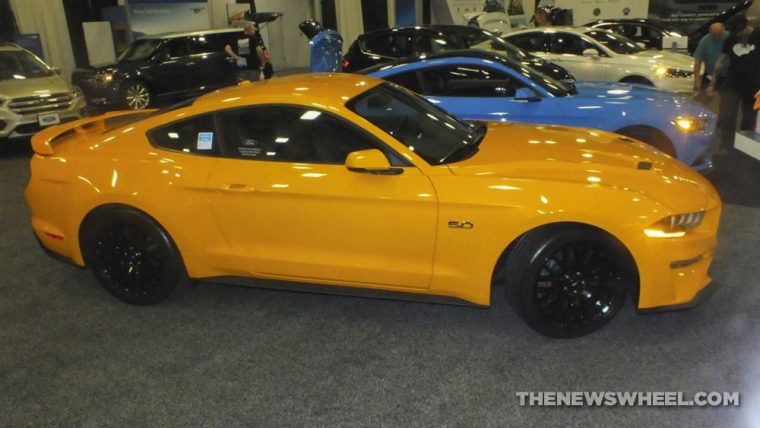 Ford revealed the redesigned 2018 Mustang back in January and to say America’s best-selling sports coupe will be getting a few changes would be an understatement. For starters, the 2018 model will be getting a refreshed front fascia that includes new LED headlights and a slightly wider grille. What’s more, Ford will not offer the V6 engine with the 2018 Mustang. The American automaker will instead offer the pony car with either a turbocharged four-cylinder or 5.0-liter V8 engine. The new Mustang will also be offered with a new 10-speed automatic transmission.