If you’re anything like us, you think of classic cars as pieces of automotive history to be cherished and preserved for as long as humanly possible. But sometimes, you hear stories where dozens of vintage rides are abandoned long ago, and rediscovered in a shocking state. Unfortunately, today was one of those days, as we learned about 60 forgotten classic cars found in a barn in France. 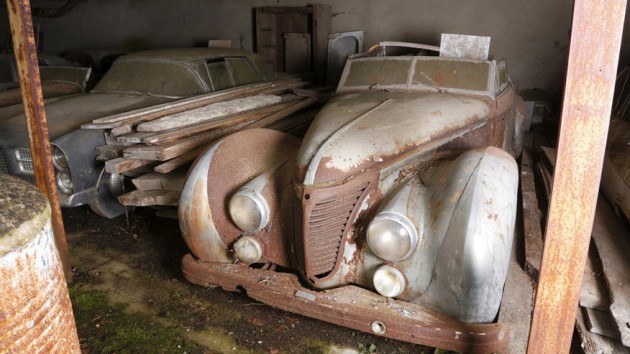 But the news isn’t all bad; not for these cars. While some vehicles were your regular run-of-the-mill classics, the collection also included some incredibly rare vehicles that will likely fetch millions at auction. And hopefully, these rare cars will be lovingly restored to their former glory by their new owners, and will live to see another decade or seven.

The collection was discovered by a team of experts at a French auction house, who had heard a story about a French truck manufacturer named Roger Ballion who went bankrupt and left his collection of classics to rot. When they arrived at the barn, that’s exactly what they found—a collection of cars that included a Packard Super Eight Convertible, a Bugatti 57 Ventoux, a Delahaye Type 43 coupe chauffeur, and a Talbot Lago T26 Cabriolet Saoutchik which was originally owned by King Farouk of Egypt. Not a bad haul for a day’s work!

While many of these cars were left—horror of horrors—to die a slow and painful death under corrugated roofs that did little to protect against the elements, one vehicle was stored in a garage, and it’s that vehicle that will be of most interest to collectors. The car in question is a Ferrari 250GT SWB California Spider—one of only 37 made, a similar one of which was recently sold at auction for a cool $15 million. 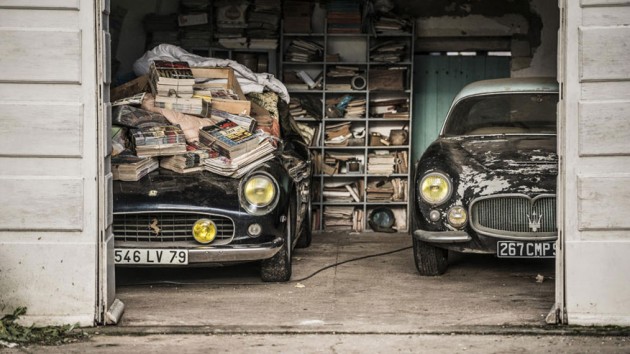 Keep your eyes peeled for these vehicles, which will be auctioned off at Paris’ Retromobile Salon classic car event in February 2015. We’ll certainly be keeping a close eye on that Ferrari!