7 Car-Themed Game Shows That Have Raced Through TV Sets

If there’s one thing that’s as exciting as a fast car, it’s a game show. Since the inception of network television, the airwaves have been saturated with numerous gimmick-driven game shows that challenged contestants’ knowledge and skills–including ones about automobiles.

There have been a number of game shows on television over the years that have tried to tap into gearheads’ love of cars and racing. Despite the majority of them not lasting very long due to their niche audiences, these seven high-octane TV game shows are still a blast.

Getting Ready to Trade In Your Car for a New One? Increase the money you get for you old car with these trade-in tips

Do You Remember These 7 Game Shows That Involved Cars? 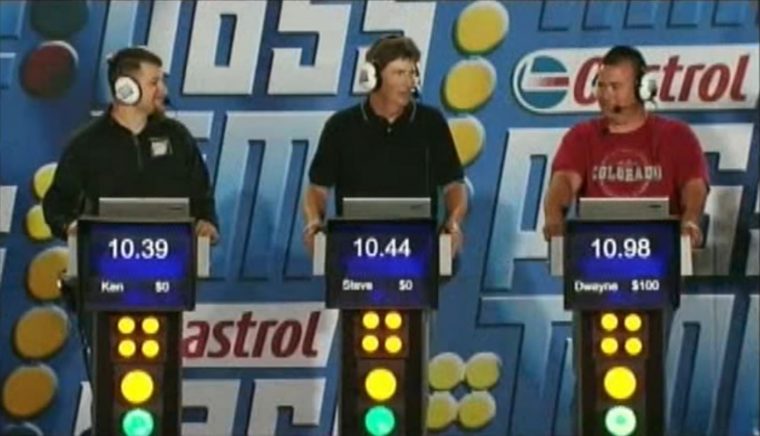 The Speed channel launched a lot of unique, racing-themed programming before it shut down a couple years ago. One program that ran for over five years before moving to Fox Sports 1 in 2015 was Pass Time, Speed’s game show. Employing a dictionary full of trade-specific terms, the program pits contestants against a resident expert to predict the pass times of on-set drag races. 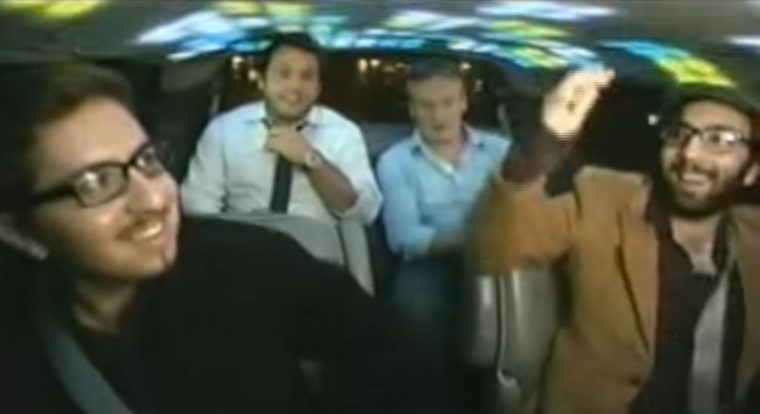 While the trivia questions in this Discovery Channel game show weren’t car-related, its setting inside a tricked-out taxi was a fun gimmick. Host Ben Bailey drove passengers to their destinations while asking them a series of questions along the route for sums of money. It was a simple show, but it gained a lot of loyal followers. 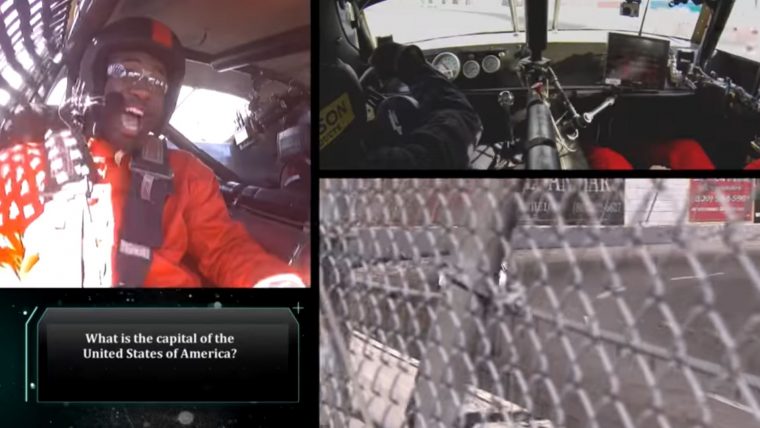 As if thinking on your toes to answer trivia wasn’t hard enough, imagine having to do it while you’re sitting in a race car that’s spinning wildly on a race track! The NBC Sport Group created this game show miniseries in which passengers had to quickly answer questions while professional drivers spun them around Irwindale Speedway. 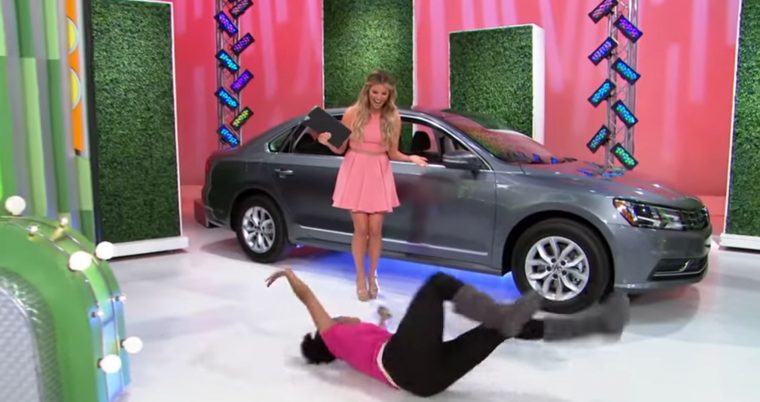 Scene from “The Price Is Right”
Photo: CBS

The Price Is Right

While not technically about automobiles, this beloved and long-running game show featured vehicles as the most desirable prizes that contestants could win. The challenge of predicting the price of each car has always been fun for viewers, and who doesn’t get excited when they hear “…a new car!!” belted out by the announcer–especially for the Lucky Seven game. 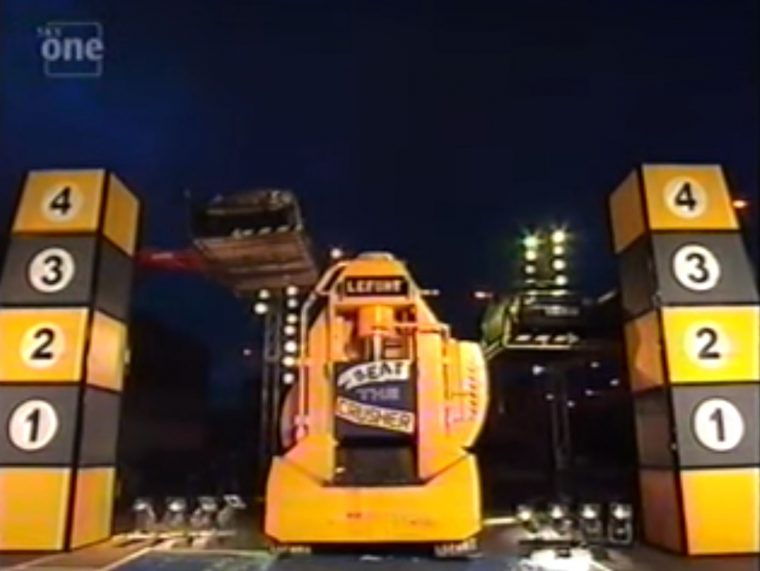 Game shows aren’t fun if there isn’t a level of excitement to them–and what’s more thrilling than having your personal car destroyed? This bizarre British game show only ran for 10 episodes in 1998, but it’s still remembered by many for its baffling challenges. In addition to testing to find who the coolest man the audience was and making babies do things for prizes, audience members would have their license plates randomly selected, forcing two couples to go head-to-head in a trivia challenge. The winner would get a new car, while the losers’ vehicle would end up in a giant car crusher. 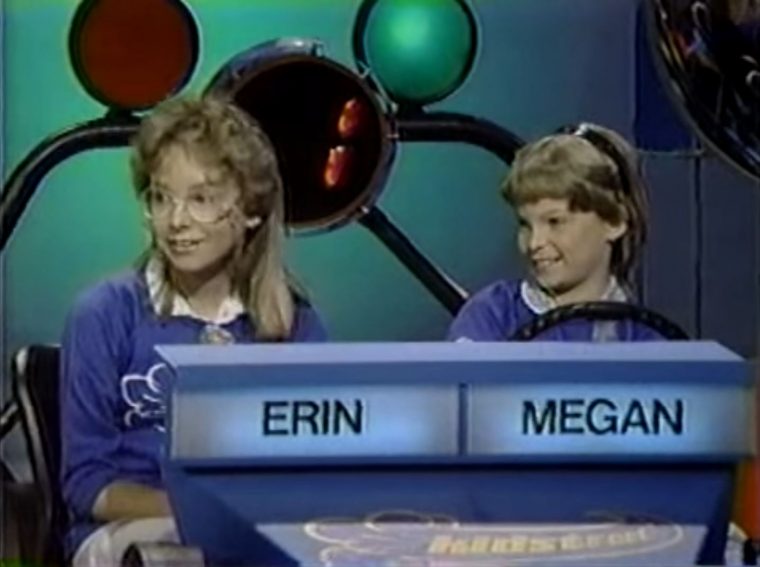 Living up to its title, this Canadian game show put kids in fake race cars on an on-stage track. Teammates (always siblings) would advance their car by answering questions about each other, not unlike The Newlywed Game sans intimate stuff. It lasted six seasons and had many, many embarrassing hairdos. 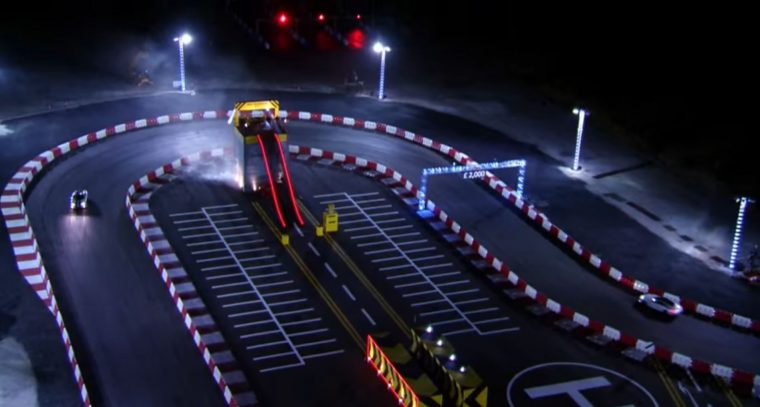 Scene from “The Getaway Car”
Photo: BBC One

A spin-off of the famous (and infamous) Top Gear BBC show, The Getaway Car was a short-lived program that embraced everything racing. Couples had to compete in a series of driving and obstacle challenges to pass each round and qualify for the final round in which they raced against The Stig. The high-intensity challenges tested couples’ marriages as much as their driving abilities.

What’s the Difference Between a Sedan and a Hatchback? We have the answer!