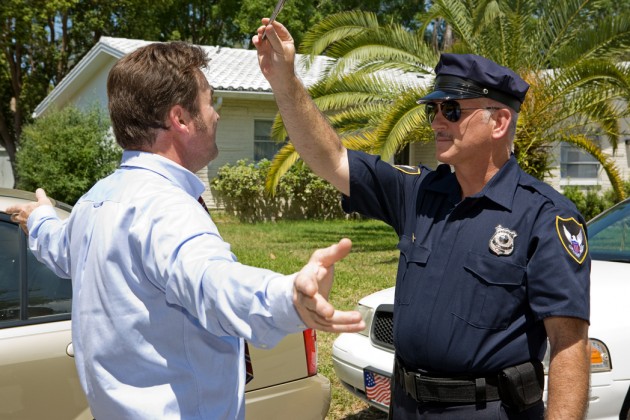 Check out the funniest DUI arrest videos on the internet below

First, let me preface this article with this word of caution that we hear often but should always take seriously: do not drink and drive.

Driving drunk is no laughing matter, but once the drunk drivers are in the cops’ hands, and are no longer a danger to drivers, hilarity can—and usually does—ensue. The collection of videos below demonstrates some of the funniest DUI arrest videos available on the internet. While their main value lies in their comedy gold, I hope that these videos, which feature some of the dumbest, most thickheaded drunkards I’ve ever seen (and I hang out with some pretty strange drunkards), are a good reminder why you should call a cab or have a designated driver when partying outside of your home.

Fair Warning: Some of these videos contain language that is NSFW.

1. Steve and His Lawnmower

Who says drunk driving has to take place in a car? A lawnmower seems to do quite well for Steve.

2. Steve and His Lawnmower 2: Steve Returns

James Joyce once said, “A man’s mistakes are his portals of discovery.” But apparently, like me, Steve did not actually do his assigned Joyce reading in high school. Believe it or not, Steve is caught drunk again on a lawnmower, just cruising the town for some oysters. Funnily enough, the officer knows Steve’s name. Steve has a good reputation.

“Hello, officer, is there a problem?” is probably a difficult question for Detective Garin Anderson to answer when he’s staring down the barrels of four unloaded breasts, but he does a pretty damn good job of maintaining his cool, even when the strippers in this video ask him outright to arrest them and throw them in the backseat.

The best part: as he’s dealing with some cop stuff back at his patrol car, the girls, in nothing but their underwear, run away from the car to go dancing in some sprinklers.

4. Step-Ball-Change Your Way to Jail

This guy is doing such a good job of completing everything the officer asks of him, until he bungles it all at the end. Still, pretty impressive, no?

This video actually gives us a view of what happens after the criminals are taken to the slammer. The two points of interest in this video are at 00:44 and 00:55. My question is, who has to pay for that? The drunk guy or the taxpayer?

This poor woman cannot do anything right. Even when you think she’s just about to finish the alphabet correctly, your dreams are dashed.

As unfunny as this guy is, you’ve got to give him credit. He is trying really hard to schmooze the cops over. It might not get him out of jail, but perhaps he can establish a lifelong friendship with the officers. Hey, maybe they can even go out for beers tomorrow night.

This video is incredibly short and speaks for itself, but I felt it was a good note to end on. It’s pretty clear: when you are that drunk, you have no business behind the wheel—or anywhere but the safety of your own bed.