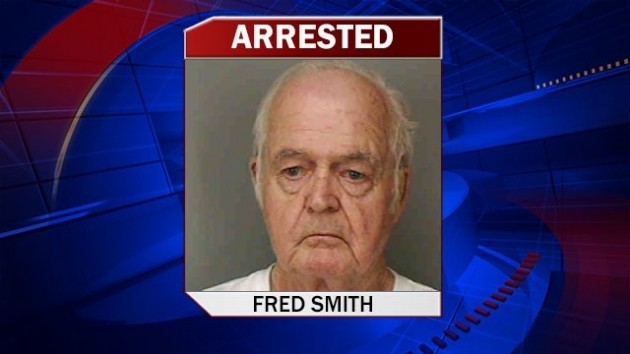 82-year-old Florida man Fred Smith realizing, in hindsight, that he may have slightly overreacted

Octogenarian or not, you can’t keep a good Floridaman down.

82-year-old Lake Wales, Florida, resident Fred Smith was arrested for slashing a woman’s tires in the parking lot of the Lake Ashton Club House. Her crime? She sat in his favorite bingo seat.

“I didn’t know it mean that much to him,” said the 88-year-old victim, Ethel Britt.

“I didn’t think anyone would be low enough to do that to my car because I didn’t know I had any enemies in my life,” Britt added. “I thought everybody was my friend, but undoubtedly I have one enemy.”

Police say Smith saw Britt sitting in his usual seat during weekly bingo night, stormed out of the club house in anger, and took an ice pick to the tires of Britt’s parked van. (Apparently, Fred Smith always carries a weapon to bingo night, on the off-chance that somebody encroaches on his territory and he needs to make an example of them.)

Smith was arrested and charged with criminal mischief, and may have to pay about $500 in restitution to Britt—which is all she’d like to get out of the whole bizarre situation.

“I’m not mad, no,” she told My Fox Tampa Bay. “I would like to have my tires paid for because that took every dime I had in the bank.”

It’s pretty well known  that men and women of a certain age tend to take their bingo very seriously, but we’ve never seen senior citizens resort to such violence… except, of course, when Matlock is involved: