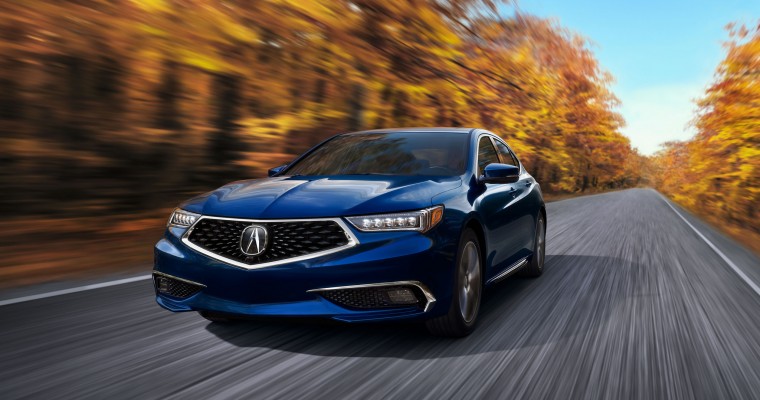 The Acura TLX is back and ready for action with its 2018 model. The 2018 model sports all of the trims you’ve come to know and love, plus a brand new one for you to meet. With standard luxury features like a Power Moonroof and heated front seats, you’ll be proud to take a seat inside […] 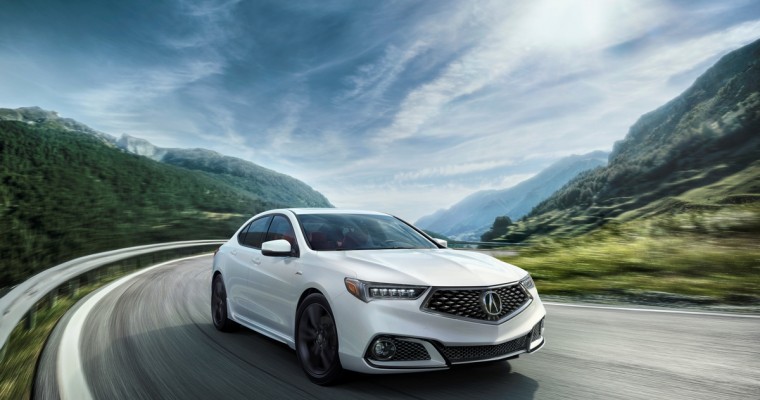 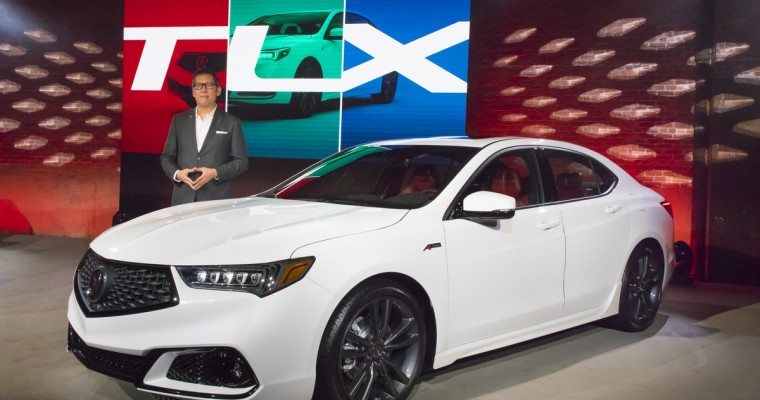 Today in New York, to kick off the auto show, Acura revealed a refreshed 2018 TLX. The new and enhanced performance luxury sedan features three distinct variants, an Acura Precision Concept-inspired design, an all-new TLX V6 A-Spec, and a host of new premium features. The 2018 TLX has a sportier, more aggressive look, which takes […] 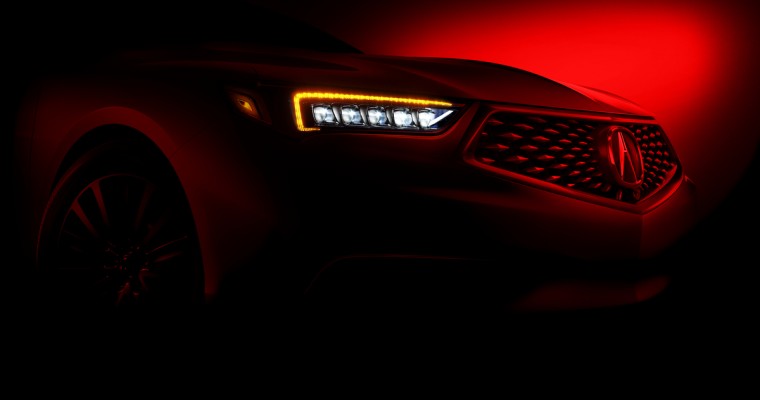 Today Acura announced that it will reveal the refreshed and significantly enhanced 2018 TLX performance sedan on April 11th at the New York International Auto Show. In advance of the debut, the luxury brand also released a teaser image of the 2018 TLX, showing a more aggressive and sporty design inspired by the Acura Precision […] 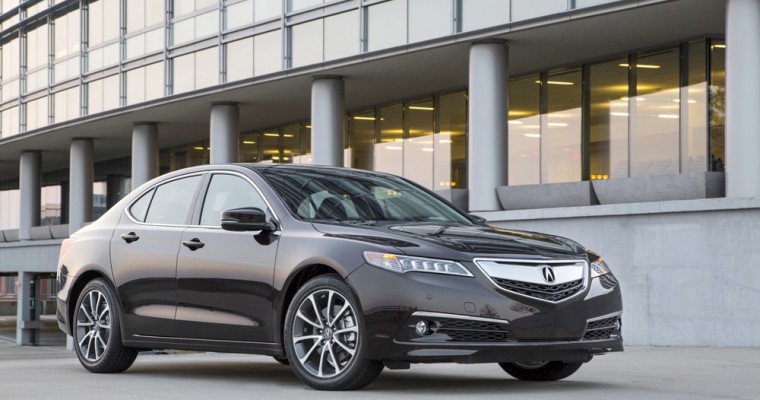 The 2017 Acura TLX is a mid-size luxury sedan that carries a starting MSRP of $31,900. With that affordable price tag, a quiet interior, and excellent handling capabilities, the new Acura TLX offers consumers the chance to own a luxury model, but at a significantly lower price than many of its European rivals. In addition, […] 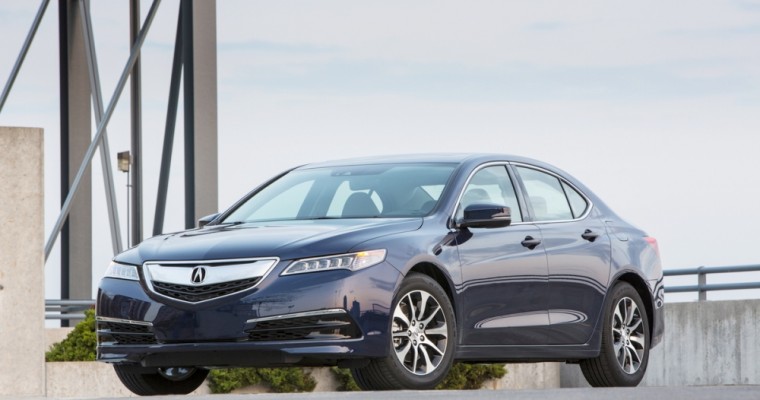 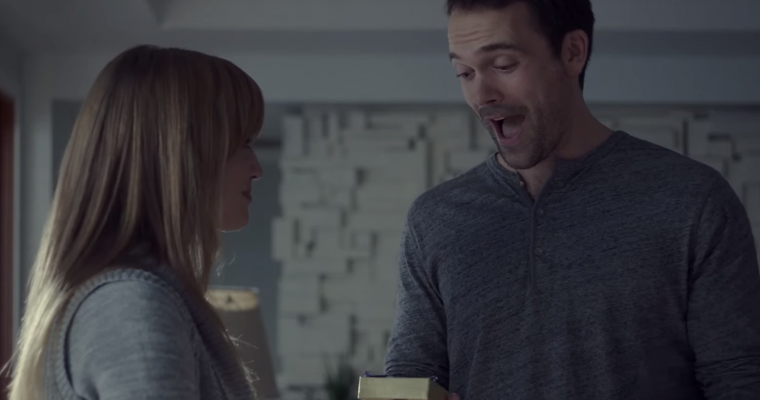 In an article published earlier this month about Acura’s poor November sales, I opined that the luxury brand should follow the lead of its parent company and boost December profits with a holiday-themed sales event, similar to the Happy Honda Days. My casual suggestion was for a Jewish-ish eight-day clearance special called Hanacurah, the Festival […] 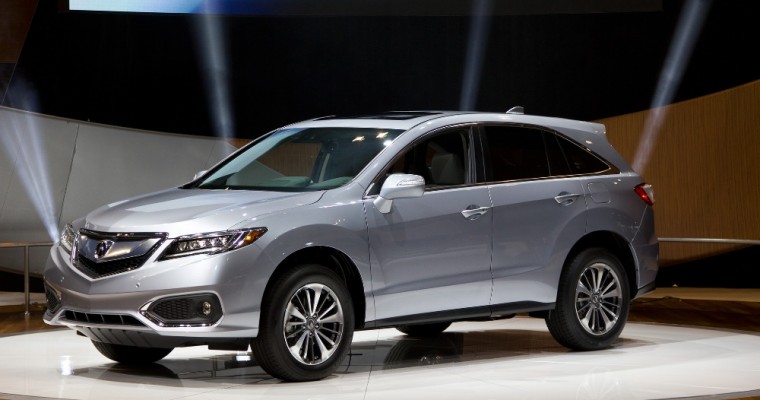 Today Acura took home three 2016 Consumer Guide Automotive Best Buy Awards, for the 2016 Acura TLX, RDX, and MDX. The TLX was one of two vehicles named Best Buys in the Premium Midsize Car category (alongside the Lexus ES), the RDX was honored in the Premium Compact Crossover/SUVs segment (alongside the Lincoln MKC), and […] 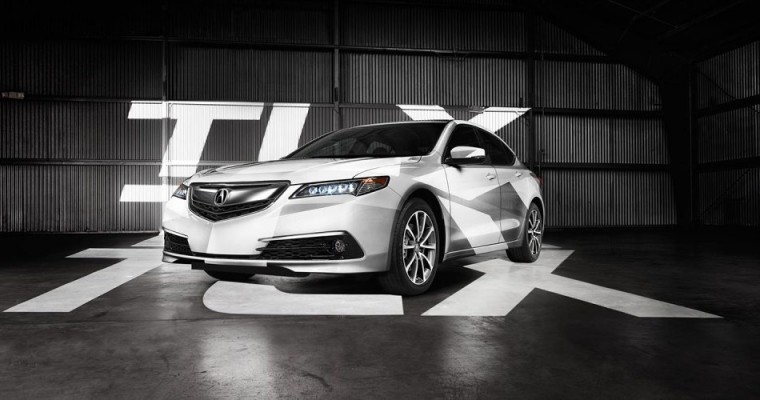 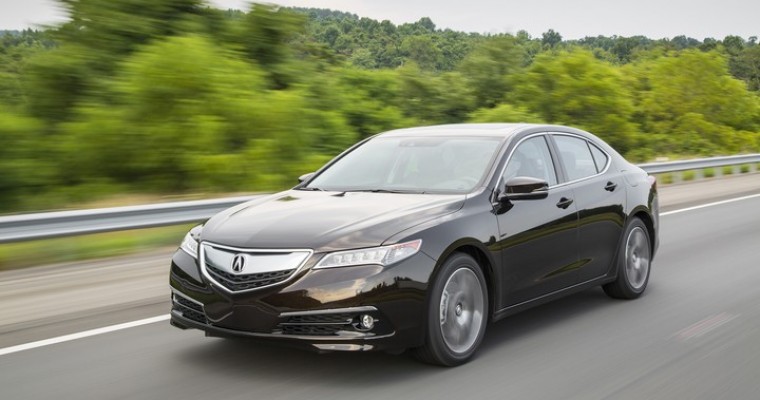 New to the Acura lineup in 2015 is the 2015 Acura TLX. This brand new model replaces both the Acura TL and the Acura TSX. It’s got some big shoes to fill, but it meets the challenge by combining the best of the TL and the TSX into one model. [wptab name=”Exterior”] 2015 Acura TLX Exterior The […] 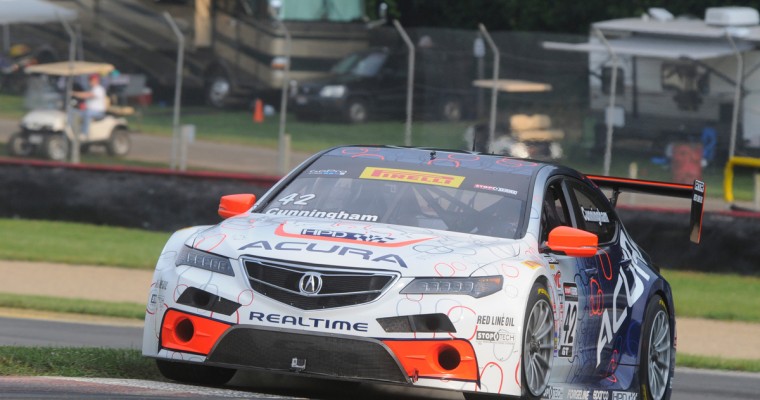 Shorty after the McLaren-Honda team revealed their new Formula 1 drivers, Acura Motorsports announced that frequent Touring Car race winner Ryan Eversley will be driving the #43 RealTime Racing Acura TLX GT in 2015. Teammate Peter Cunningham will continue to drive the #42 car, which made its debut this year at the Mid-Ohio Sports Car […] 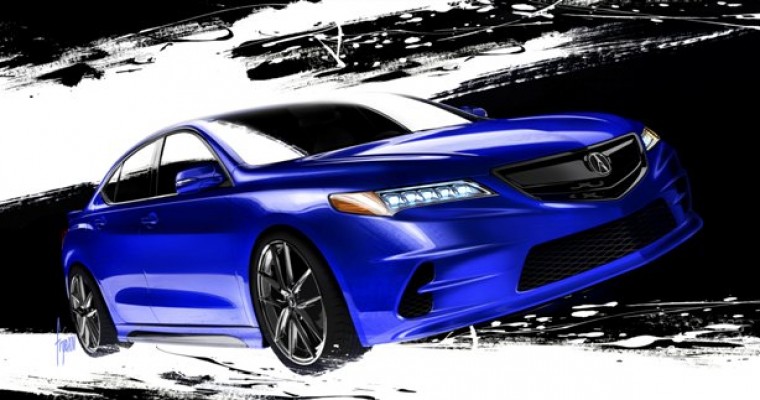 Acura is showing off three custom variations of its all-new TLX luxury sedan at the 2014 SEMA Show, which kicked off today in Las Vegas and runs until Friday, November 7th. Each modified model is designed to highlight the vehicle’s performance capabilities and customization possibilities, which are both best captured by the 2015 Galpin Auto Sports […] 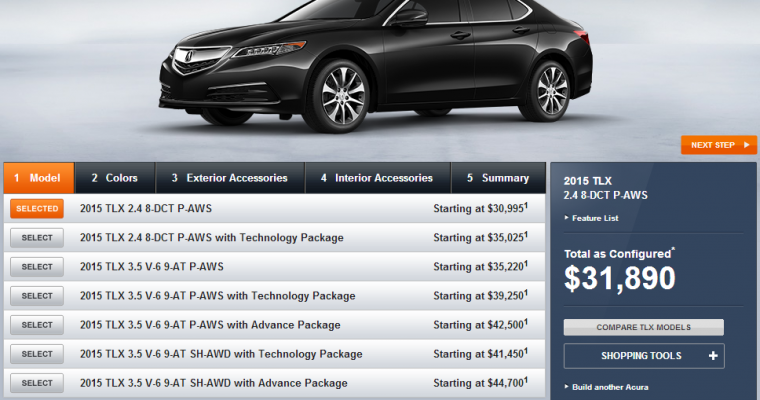 Are you ready to configurate? Because it’s time to configurate. What are we configurating, you ask? Why, we’re diving into the 2015 Acura TLX configurator, wherefrom we will do all sorts of configurating. Oh, the joy of that silly, not-at-all real word. Never before has a made-up word brought about so much joy. Right from […] 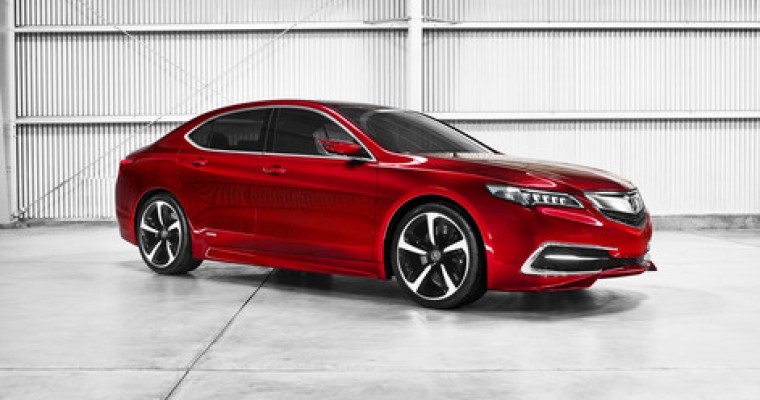 Earlier this month, Honda’s luxury division, Acura, confirmed that the 2015 Acura TLX will debut at the 2014 New York International Auto Show in New York City this April. The 2015 Acura TLX is promised to deliver new levels of luxury and athleticism and heralds in the performance we can expect from the next generation […] 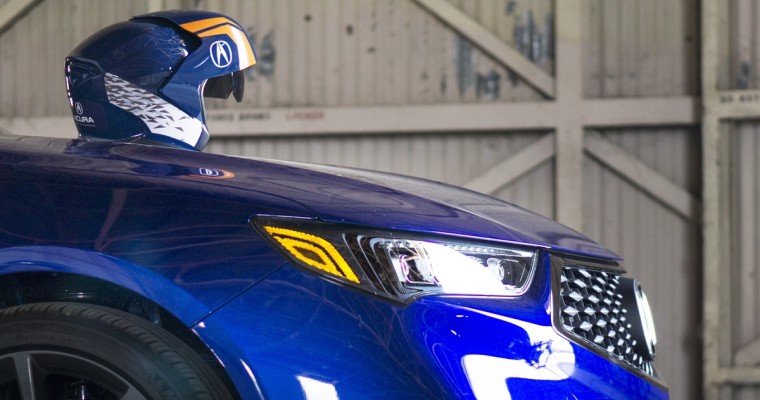 In order to show off the performance capabilities of the 2018 TLX A-Spec Package with Super Handling All-Wheel Drive, Acura is hosting the world’s first-ever live augmented reality (AR) driving experience. Titled “What A Race,” the groundbreaking AR race will feature four technology influencers competing against one another via Facebook Livestream today at 5 pm […] 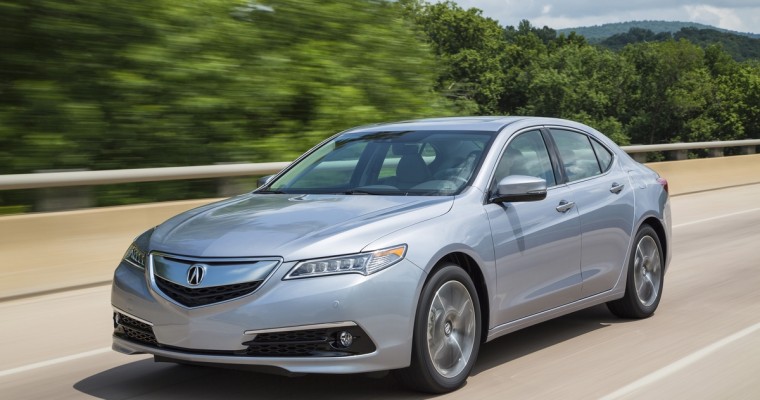 Of the 155,491 vehicles that American Honda Motor Co. sold last month, 15,313 of them were Acura models. That represents a mere 1.1% decrease in sales compared to August 2014—not bad, considering the Honda brand as a whole dipped 6.9% in year-over-year sales. Related info: Current Acura sales incentives  “Strong sales of both sedans and […]

American Honda Motor Co. saw its total sales rise 1.3% last month, in large part thanks to continued successes for Acura. As in April, sales for the automaker’s Honda Division were down in May (by 0.3%), while the Acura Division was posting gains. Acura May 2015 sales totaled 17,042 vehicles, for a substantial year-over-year increase of […] 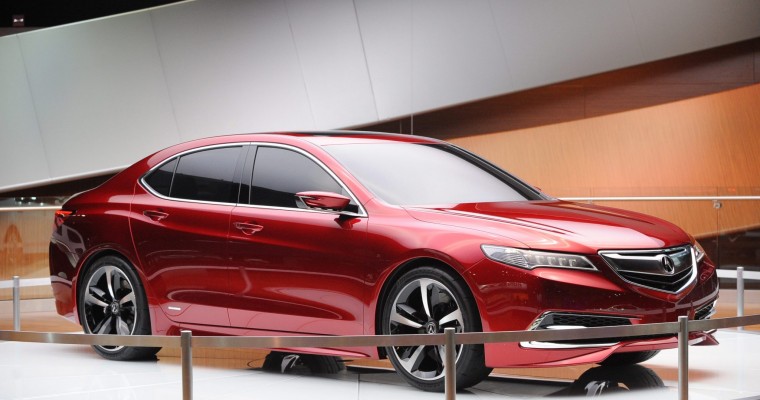 American Honda Motor Co. saw its overall sales decrease by 1.8% last month versus March of 2014, and the Honda Division saw its own sales fall by 2.7%. The only real success last month out of American Honda was the company’s Acura division, which gained 5.3% on sales of 14,874 vehicles. As usual, much of […]