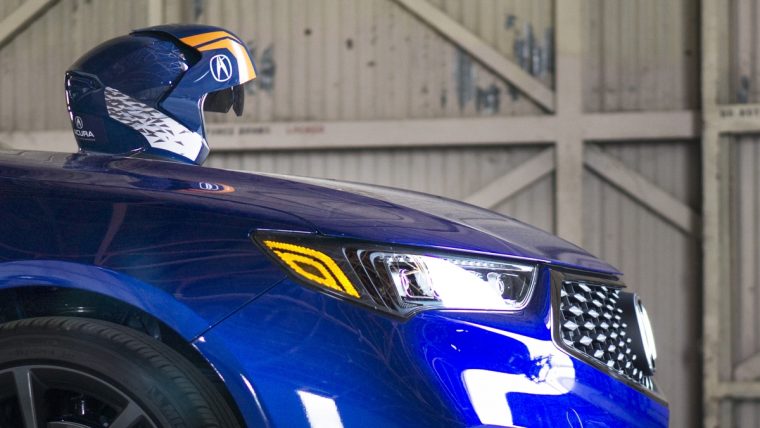 In order to show off the performance capabilities of the 2018 TLX A-Spec Package with Super Handling All-Wheel Drive, Acura is hosting the world’s first-ever live augmented reality (AR) driving experience. Titled “What A Race,” the groundbreaking AR race will feature four technology influencers competing against one another via Facebook Livestream today at 5 pm PT/8 pm ET, at https://acura.us/WhatARace.

Featured “What a Race” drivers include tech journalist Dom Esposito, Corridor Digital founder Sam Gorski, Greek Bomb! website creator Maude Garrett, and Tony-nominated actor Zachary Levi, known to Broadway fans for his role in “She Loves Me” and known to the rest of us uncultured slobs for his role on the TV show “Chuck.” Actor Bradley Hasemeyer and NSX GT3 racecar driver Ryan Eversley will host the event.

Car Shopping? Buying or leasing your next vehicle

The four influencers will compete in the “What a Race” AR experience from behind the wheel of the 2018 TLX A-Spec with SH-AWD, challenging one another for the fastest overall time during 3-lap individual runs. Each completed lap will trigger a new AR course that will be visible to both the driver and the Facebook Live audience, with cameras mounted to the drivers’ helmets making viewers feel as if they are part of the race.

Those following along on Facebook Live will actually have an active role to play in “What A Race,” serving as a “virtual pit crew” for the drivers. Fans will be encouraged to use reaction emojis throughout the race, clearing obstacles and revealing shortcuts that will help the drivers succeed and make the race more exciting for everyone involved.