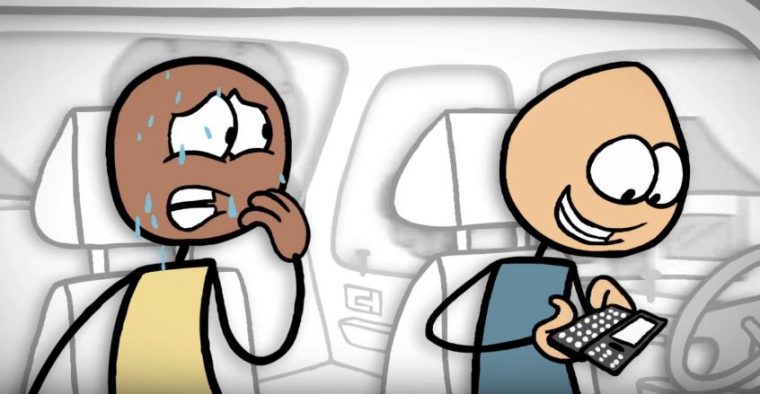 Distracted driving is a negative phenomenon that puts both the driver and others at risk.
Photo: Hershel Venkat Talluri

Considering that 80% of traffic accidents result from distracted driving, this seems to be a significant factor to address in the effort to minimize collisions and driving-related fatalities. Some automakers have started implementing driver assist features meant to reduce driver distraction. For example, Cadillac’s Super Cruise system uses infrared camera to sense the driver’s head position and help keep the driver focused on the road.

Canada has just presented an innovative potential answer to the distracted driver problem. Researchers with University of Waterloo’s Centre for Pattern Analysis and Machine Intelligence have invented new software that has the capacity to sense when drivers are distracted or texting. The prototype for this technology employs the use of dashboard-mounted cameras to detect hand movements and algorithms. Also takes into consideration the vehicle’s location, speed, and road conditions.

But how do the signals know which human motions are dangerous and which ones are normal during the driving process? The University of Waterloo’s team incorporated something called end-to-end deep learning into the software’s algorithm when they created it. “Unlike pattern recognition-based algorithms, deep neural networks learn from the huge number of samples presented to them to build their capabilities,” explains program director Fakhri Karray.

The one-year goal for this technology is for the software to function as a standalone system, though it will take a few more years before auto manufacturers figure out how to effectively sync the software’s alerts with the vehicle’s built-in technology.