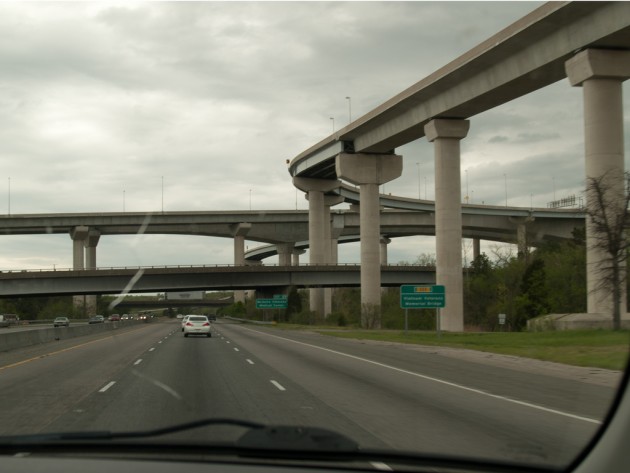 After warnings about the East Street Predator out of Westwood, Massachusetts, it seems that one semi driver was out for revenge. Unfortunately, the driver took out the Predator’s peaceful cousins: highway overpasses.

Crash into, Say, a Bridge? Get a rental car

The tractor-trailer, which was hauling an excavator on a flatbed on I-25 through Denver, ploughed onward through four collisions with bridges at 23rd Avenue, Speer Boulevard, 20th Street, and 84th Avenue. Debris scattered across the highway from the collision with the 23rd Avenue bridge, and three lanes of the highway were closed until inspectors could confirm that the bridges were still safe.

Police later found the truck, placidly sitting in a parking lot in Commerce City, Colorado, as if it hadn’t just smashed through four bridges in a row and enraged thousands of people stuck in the resulting traffic jam.

The ultimate question, though, is why, after the truck driver hit one bridge, he just kept on going. Denver spokeswoman Raquel Lopez said, “Maybe he had his headphones on and he couldn’t hear.”

Do Your Research: Check out these Nissan vehicles

While we probably won’t know what that truck driver was listening to that led to him crashing, unhearing, through four bridges, we like to think that it is one of Bon Jovi’s newer songs, off of his album Burning Bridges: