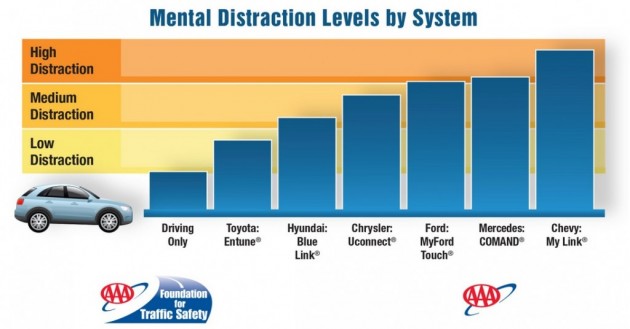 If your parents ever told you that driving while talking on the phone is a distraction, or if you’ve seen them talking on their phones while driving and found it terrifying, then you probably think that hands-free, in-car calling systems are a saving grace.

After all, not having to look at your phone to make a call or send a text is a whole lot safer, right?

While that may be arguably true, that doesn’t mean all hands-free, in-car systems are created equal. And it doesn’t mean using this new integrated calling technology is just as safe as driving without using it.

AAA wants to make it clear with its study on distraction levels that hands-free calling isn’t as safe as you’d imagine. At least, not for some car brands’ systems.

If you’re driving a recent Hyundai model, don’t worry about it– the Blue Link distraction level is far less than other automakers’ systems.

According to AAA, Blue Link Distraction Level Could Be a Lot Worse

The AAA Foundation for Traffic Safety worked with the University of Utah to study, simply, “Measuring Cognitive Distraction in the Vehicle.” With an eye on reaction time and driver vitals, people driving multiple vehicles with hands-free technology were tested using a five-level rating system. Normal distractions like the radio and in-car conversations were also measured as a control sample.

In the final ranked results, Hyundai’s Blue Link distraction level proved to be quite low—a final score of 2.2 out of 5.0. Beaten only by Toyota’s Entune system, Blue Link fared much better than Chrysler’s Uconnect, Ford’s SYNC, Mercedes-Benz’s COMAND, and Chrevrolet’s MyLink—the worst offender of them all. 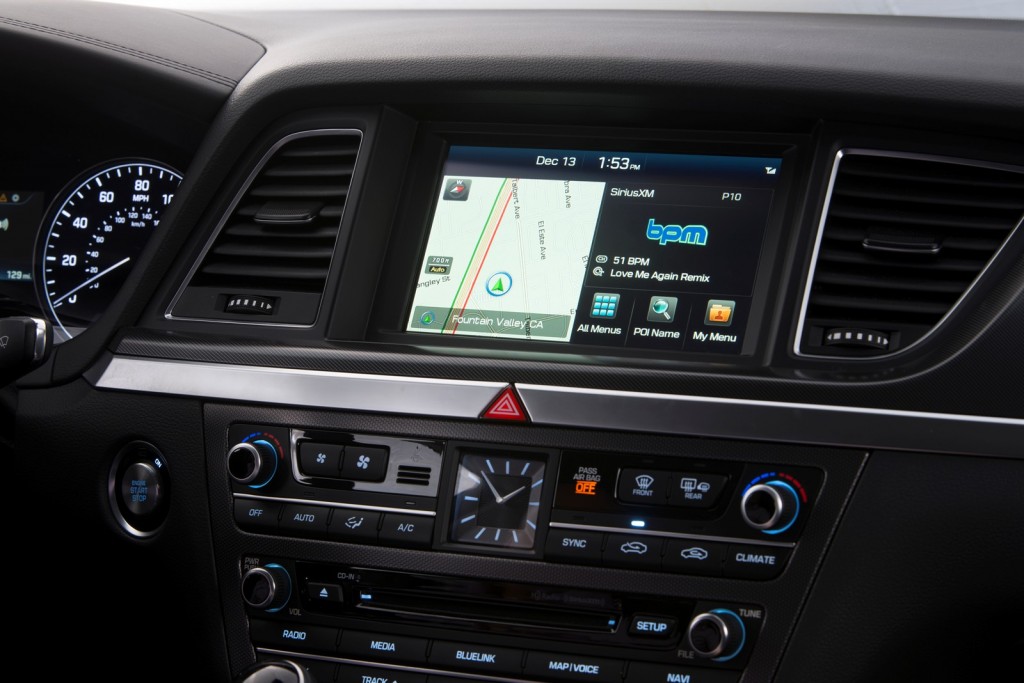 How is Blue Link Less Distracting?

What gave Hyundai such a good score above other systems is its accurate speech recognition interface. With MyLink and COMAND, drivers have to repeat their requests multiple times before the computer gets it right—or resort to looking at the screen and entering it by hand.

The other aspect that fueled a low Blue Link distraction level was the ability to compose text messages aloud rather than entering them on the dashboard touch screen. Otherwise, Blue Link distraction is low because its features are primarily voice-activated (making calls, destination search, location sharing), automatic (collision notification, stolen vehicle recovery), or outside the car (remote start, remote unlock).

So, is this study a call for the death of hands-free, in-car calling?

Hardly. Drivers will still buy the cars they want regardless of something minor like distraction levels. Automakers will continue to develop and improve the technology as they had been. Perhaps some of the worst-rated brands will take note and improve their technology—but then again, they probably were already doing that.

At least the study is one more selling point for Hyundai’s successful Blue Link Technology system, and the brand’s innovations in general.