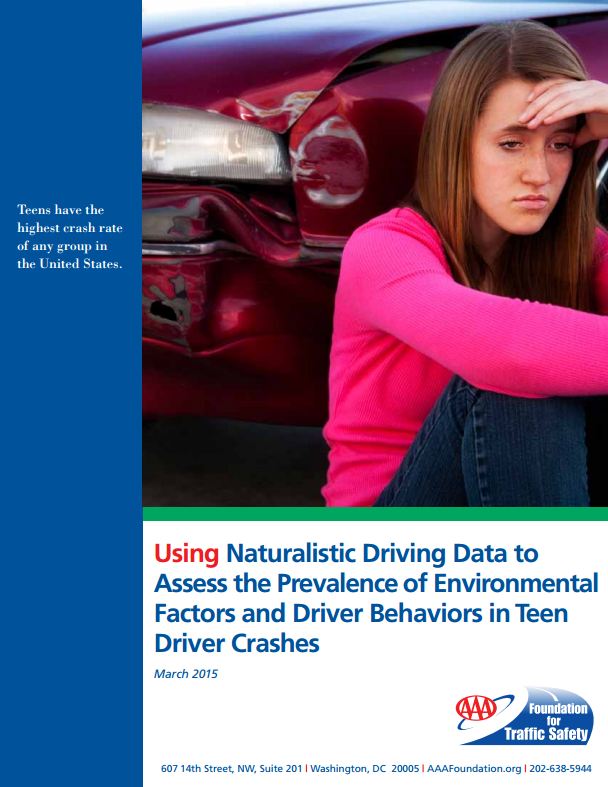 “Access to crash videos has allowed us to better understand the moments leading up to a vehicle impact in a way that was previously impossible,” said Peter Kissinger, President and CEO of the AAA Foundation for Traffic Safety. “The in-depth analysis provides indisputable evidence that teen drivers are distracted in a much greater percentage of crashes than we previously realized.”

Comparatively, police reports estimate that about 15% of all crashes involving teens are caused by distracted driving. In the AAA study, that number was found to be four times higher in the limited sample.

Surprisingly, the study found that use of cell phones was not the leading cause of distraction. Rather, interacting with other passengers resulted in an accident about 15% of the time, followed by cell phone usage resulting in an accident about 12% of the time. In instances where cell phones were to blame, it was found that drivers had their eyes off of the road for an average of about four seconds leading up to a crash, which resulted in zero corrective action (i.e. steering away from impact or braking) more than half of the time.

“It is troubling that passengers and cell phones were the most common forms of distraction given that these factors can increase crash risks for teen drivers,” said AAA CEO Bob Darbelnet. “The situation is made worse by the fact that young drivers have spent less time behind the wheel and cannot draw upon their previous experience to manage unsafe conditions.”

The full findings of the study, entitled Using Naturalistic Driving Data to Assess the Prevalence of Environmental Factors and Driver Behaviors in Teen Driver Crashes, can be found in .PDF form at AAA’s press site.