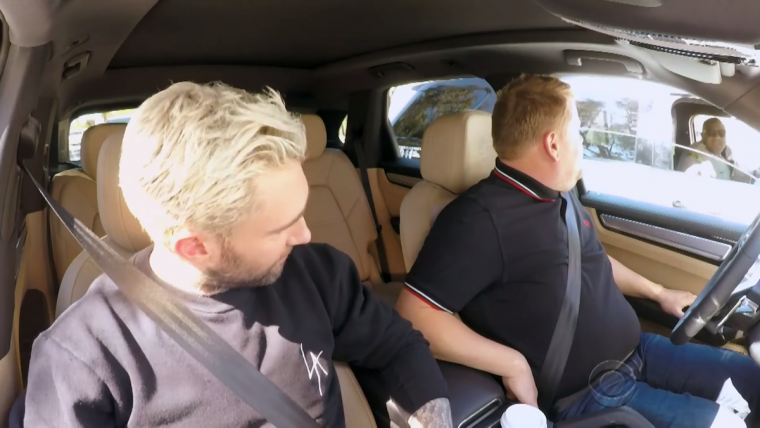 Adam Levine and James Corden tackled both the road and the track during the latest episode of Carpool Karaoke. The three-time Grammy Award-winning artist belted out his hit songs, both old and new, from the passenger’s seat of James Corden’s car.

As they drove down the streets of Los Angeles, a police officer drove up next to James’ car and flipped on his lights and sirens. James Corden, flustered and terrified, rolled down his window to speak to the cop. Still driving side by side, the officer yelled, “I gotta pull you over so you can sing a song for me!” After James Corden pulled over — laughing his fear away — the officer said, “Be careful, man. Just be careful. Have a good day.”

Certified Pre-Owned: What are the benefits of a CPO vehicle?

The duo sang a few more songs together before James brought up Adam’s love for driving. “I do a lot of driving, but you are serious about driving,” said James. “But you love racing fast cars. You wanted to be a race car driver, right?”

“I like to go fast,” said Adam. He explained that he’s already been on a race track several times.

From there, James issued a challenge: “Who do you think would win in a race between you and me?”

“You wouldn’t have a chance,” replied Adam.

Travel Sites: 3 Arizona waterfalls to keep you cool this summer

The two drove onto the track ready to tackle the course. James took the wheel first and found himself drifting off the pavement at several points during the drive. The Late Late Show host finished the course in 1 minute and 29 seconds.

As Adam sat down in the driver’s seat, James gave him a few additional rules. “Because you are the more trained driver out of the two of us, you have to drive as fast as you can around the course whilst answering general knowledge questions,” James said. “For every question you get wrong, we will add a second to your time.”

Adam fielded questions about his wife’s birthday, capital cities, and Harry Potter, all while terrifying James in the passenger’s seat. He crossed the finish line with a time of 1 minute and 51 seconds.