Adele and James Corden Say Hello From His Car 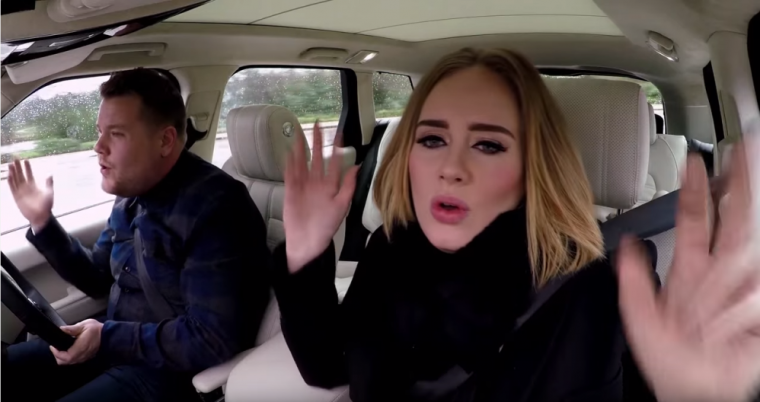 Hello, it’s me. You know, The News Wheel‘s self-proclaimed Adele in Cars Correspondent. If you haven’t been watching The Late Late Show with James Corden on CBS, you’ve been missing out on his very funny “Carpool Karaoke” series. The late night host invites musicians and bands, such as One Direction and Justin Bieber, to join him in a car for an interview and sing-along, and last night Adele was the latest guest to hit the road with Corden.

When Corden called Adele to say he had arrived to pick her up, Corden recited the opening lyrics to “Hello,” the first single off of Adele’s album 25, released in November (though he was using a smartphone, not the flip phone featured in the car-centric music video). From there the pair was off on a driving adventure around London (hence why Corden is on the wrong side of the car), chatting about her music and life. Through their discussion, viewers learned that Adele played drums in “Hello,” was a serious Spice Girls fan (weren’t we all?), and can rap to Nicki Minaj like a pro. 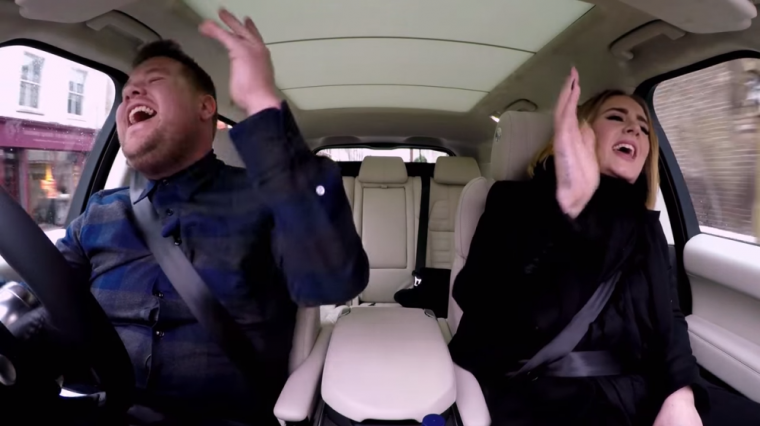 Singing Adele in the car with Adele

When there were lulls in the interview, Corden would use the SUV’s sound system to play Adele’s hits and other songs, starting a karaoke-style sing-along. Corden is a good singer, and starred in Disney’s recent film adaptation of Into the Woods, so the duets were pretty amazing (Adele at least looked impressed). 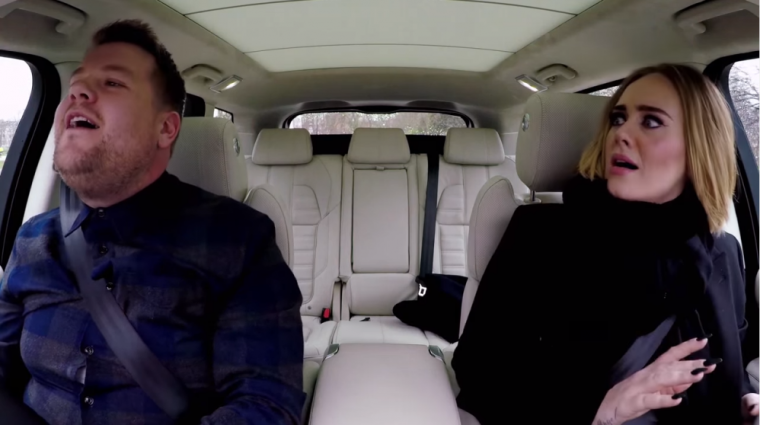 Check out The Late Late Show’s Carpool Karaoke video in its entirety below, and try not to compare their singing in the car to yours. If you’re like me, it will just make you that much more self-conscious tonight when you belt out “Rolling in the Deep” during the evening commute. 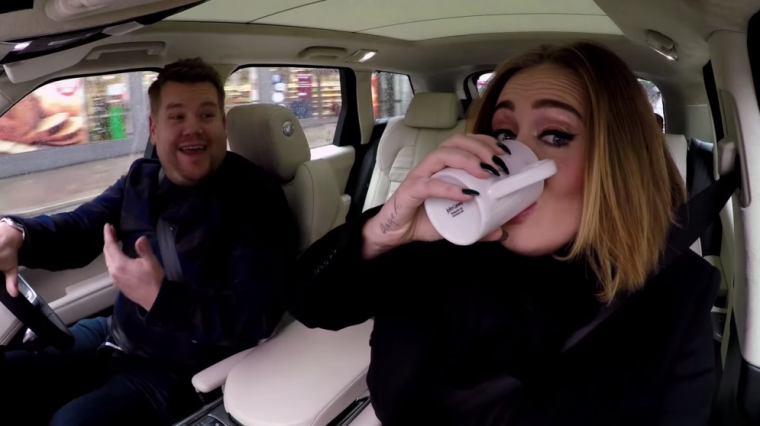