Air Fresheners Are More Complex Than You Think 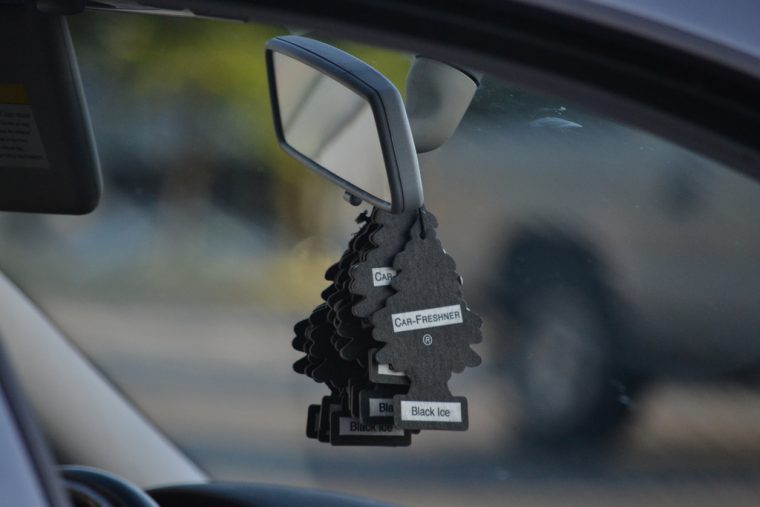 You can hang more from your mirror than just air fresheners
Photo: Tony Alter via CC

It’s no lie that our cars often become a catch-all for the scents of our life, and sometimes that smell is no good. Many of us have air fresheners in our car, and even if you have a more high-tech contraption from Febreze hooked on to your vents, you know about the iconic little trees that hang from many a rearview mirror. While you might think that these trees are delightfully simple, what you don’t know is that they were actually quite a scientific breakthrough when they were first released.

As with many scientific breakthroughs, the development of the Little Tree air fresheners (the official brand name) was in response to a problem. Chemist Julius Samann’s milk man was making small talk, as you do, and started complaining about how the smell of sour milk filled his delivery van. Lucky enough for the poor milk man, Samann had made a career out of studying pine trees in Canada. To solve the milk man’s problem, he put some of the trees’ fragrant oils on pieces of paper cut into the shape of trees. This led to him filing a patent in 1954 for the Little Trees design, and the rest is pretty much history.

Samann produced the first Little Tree air fresheners himself and delivered them to local gas stations to sell. When they began selling quickly, the business expanded and the Little Trees became an iconic decoration for the rearview mirrors of cars, right up there with fuzzy dice. The next time you climb into your car and it smells amazing, you had better thank Julius Samann.

For more on this story, and how far Little Trees have gone since the one pine-scented variety, check out the video below from Great Big Story.