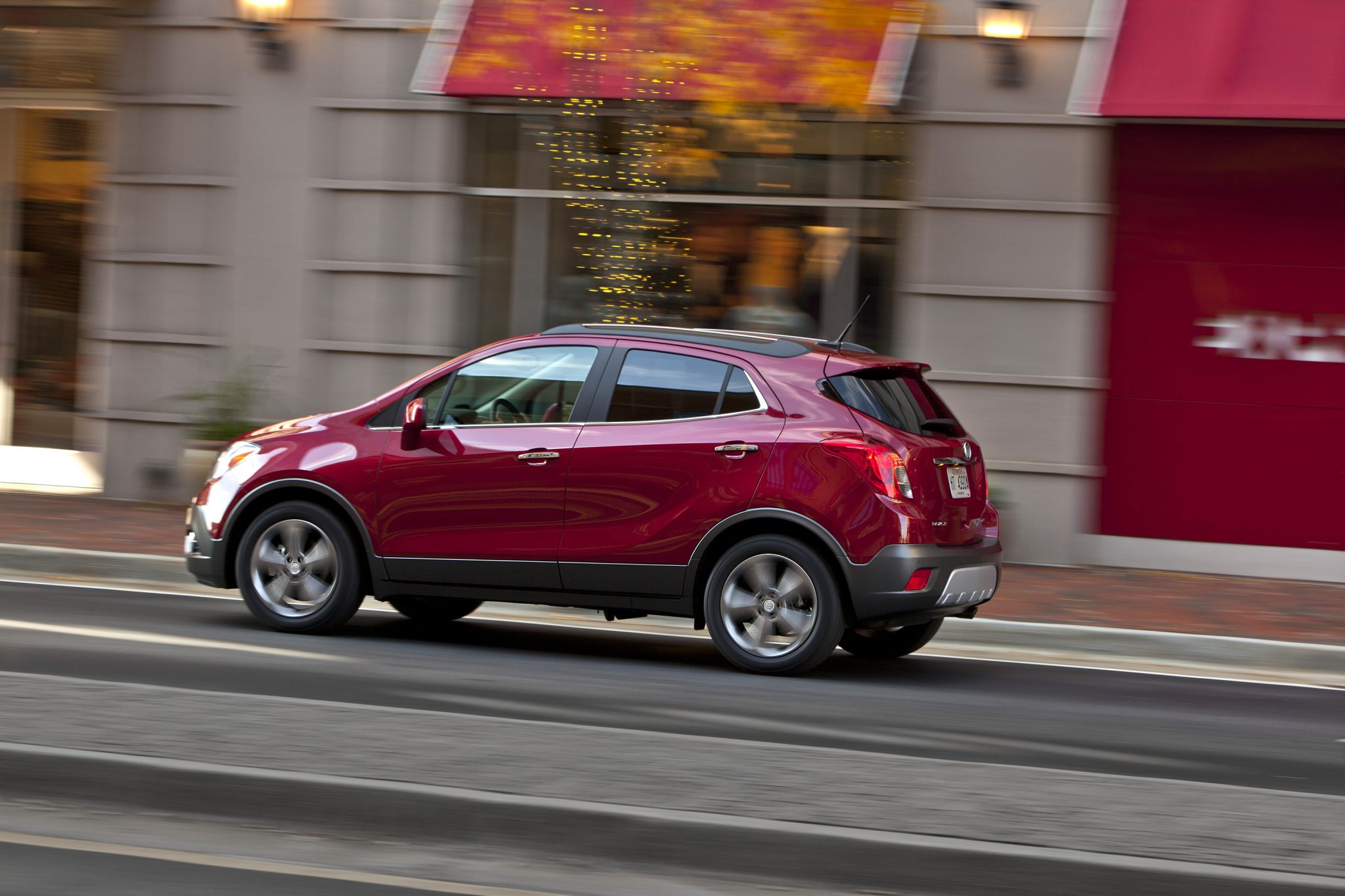 Duncan Aldred is all-systems-go on the Buick Encore. The vice president of Buick-GMC went on the record with Automotive News, saying that the brand is considering adding a stronger engine option for the Encore in the future.

“I’d be lying if I said we’re not evaluating that,” Aldred told Automotive News on Monday.

The 2015 Buick Encore comes standard with a 1.4-liter turbocharged engine that delivers 138 horsepower and 148 lb-ft of torque and returns 19 mpg combined with FWD and 18 mpg combined with AWD. The addition of a more powerful engine could potentially drive sales for Buick, which would aid Aldred’s projection of the Encore leapfrogging the Enclave and LaCrosse and becoming the brand’s best-selling model in 2015.

“I’m looking to grow volumes, and we’re always looking at customer feedback for what changes we need to make,” Aldred said. “But there’s always a trade-off between cost and benefit.”

Aldred also told Auto News this week that Buick will boost production of its subcompact crossover by about 50% over three global manufacturing plants in order to increase supply in the United States.

For more power, a seemingly obvious choice for the Encore would be the Cascada’s 1.6-liter turbocharged engine, which is good for 200 horsepower.

Shopping for a New Vehicle? Reap the Benefits of the GM Preferred Owner Program