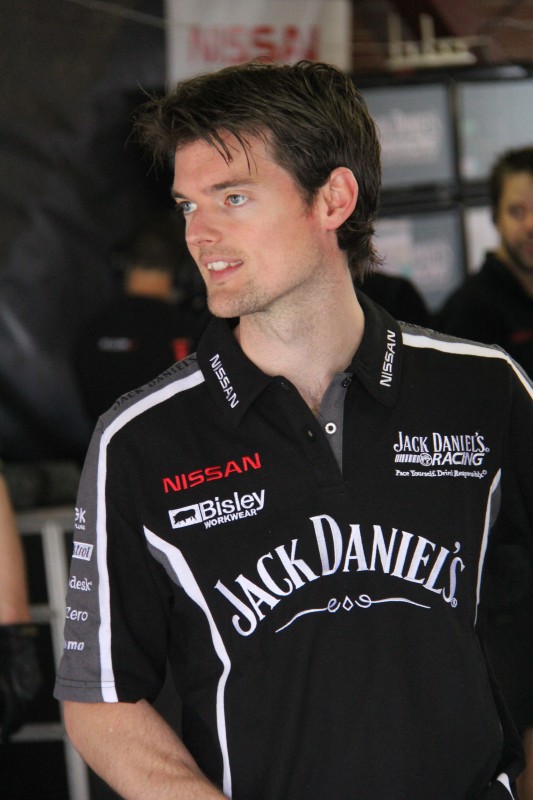 Nissan/NISMO driver Alex Buncombe, fresh off of helping the Nissan GT Academy Team RJN take home a PRO-AM victory at Silverstone, has been announced as the co-driver (with Todd Kelly) for Jack Daniel’s Racing during this year’s V8 Supercars races. Buncombe is the latest import to V8 Supercars courtesy of the NISMO Global Driver Exchange program.

Alex Buncombe will make his debut as a member of the Jack Daniel’s Racing lineup at the Pitrek Endurance Cup season-starting Wilson Security Sandown 500 (September 12-14) followed by the world-famous Supercheap Auto Bathurst 1000 (October 9-12) and the Gold Coast 600 on the streets of Surfers Paradise (October 24-26).

“What an amazing feeling to get the call to say I’m required to drive again in Australia,” Buncombe told Nissan. “I really want to do a solid job for the team. I haven’t had many laps in the car so the first job for me will be to get on the pace.”

Buncome previously competed at Mount Panorama in the Bathurst 12 Hour race as a part of Nissan GT Academy Team RJN.

“It’ll be great to go back to Mount Panorama,” Buncombe added. “It’s an extremely scary circuit but what an amazing place. To go there with the GT3 car was awesome. It was a shame the race ended the way it did but going back there in the V8 Supercar is going to be an amazing experience.”