All Original 1954 Corvette Available for Your Bidding Pleasure via eBay 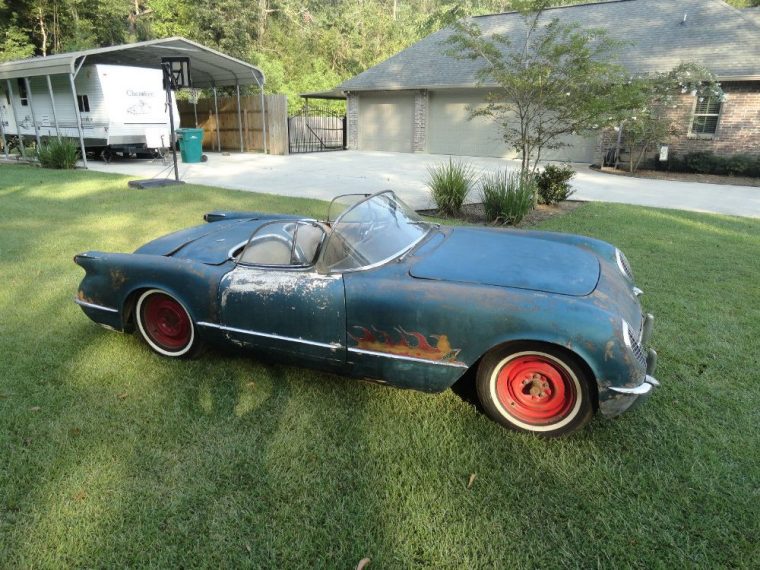 Can you tell 1954 Chevrolet Corvette hasn’t been repainted?

Your chances of coming across a 1954 Chevy Corvette with all original parts is rare, but when you have the internet at your disposal, you can find just about anything if you just Google search for long enough.

A first-generation Corvette recently made its way to the pages of eBay for online auction festivities. This vehicle features a rather uncommon characteristic–it is one of only 300 ’54 Corvettes ever produced with a Pennant Blue paint job.

The person who listed the ’54 Corvette says the frame is in good shape and is totally rot free. The vehicle is missing its hub caps, but the owner says the engine has not seized. Additionally, seller claims to have the matching numbers for the transmission, rear end, and Blue Flame six-cylinder engine.

The ’54 Corvette came straight off the dealership parking lot with an impressive 150 horsepower and was capable of accelerating from 0-to-60 mph in just 11 seconds.

This iconic Chevy sports car has reportedly been stored in a barn since 1968.

The highest bid so far on the classic vehicle has been a jaw-dropping $34,600.

Bidding will come to a close this Sunday, September 20th at 8pm.