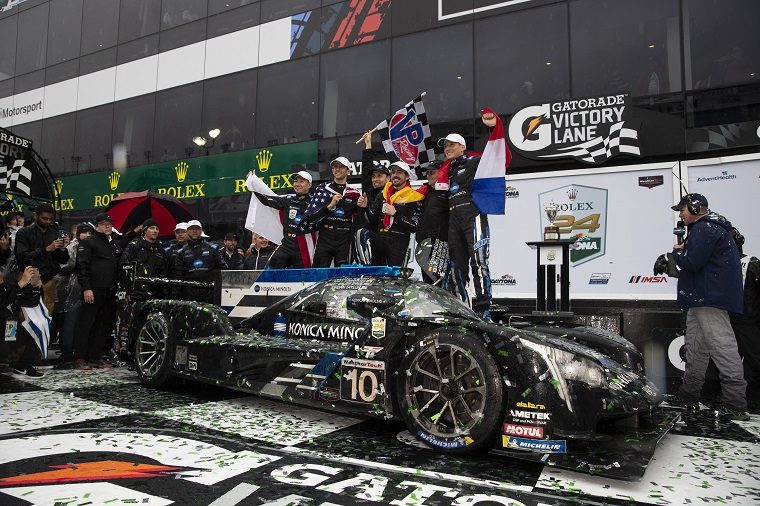 Cadillac has won the 24 Hours of Daytona for the third consecutive time, this time with the #10 car driven by Fernando Alonso, Jordan Taylor, Renger van der Zande, and Kamui Kobayashi.

It was a grueling race featuring two periods of stoppage time because of torrential weather conditions. In fact the race never restarted after the second red flag, which meant that Alonso had crossed the finish line for the final time about two hours before the clock ran out. Because of the first stoppage period, however, the race still officially ended only 10 minutes before the 24 hour mark.

Though they only raced for approximately 20 hours, the four Cadillac drivers still fully deserved the victory, having either led or been in contention for the lead throughout the entire period. Kobayashi seemed to find exciting action each time he got behind the wheel, and Alonso gave everyone a show in his battle with Acura’s Helio Castroneves after the restart.

AWD vs FWD: What’s the difference?

Though the drivers certainly proved their mettle, Cadillac once again had the measure of the field. They had better reliability than the Mazdas, better fuel economy than the Acuras, and better drivability than the Nissan.

Now retired from Formula One, Alonso seems to be just about everywhere. He now has a victory at the 24 Hours of Le Mans and the 24 Hours of Daytona under his belt, and he’ll be heading back to Indianapolis this May for another shot at the Indy 500, where he had majorly impressed on his first outing. He may soon become one of the most decorated multi-class drivers in modern motorsport history.

Aventure Awaits: These are the best vehicles for active lifestyles