GM to Increase Use of Aluminum in GM Trucks 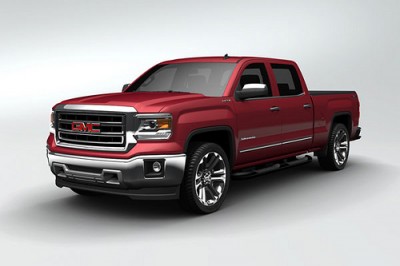 If you look into the future of General Motors, you’re probably going to see a whole lot of aluminum. Wall Street Journal cites sources close to those in the know that have indicated that the automaker will be increasing the amount of aluminum used in GM trucks in increasing increments over the next few model years. Ultimately, General Motors’ goal is to produce a predominantly aluminum-bodied pickup truck by late 2018.

GM’s move towards using the lighter material in truck production is due to the pressure many carmakers are under from federal fuel efficiency standards—though there’s no denying that GM’s need to beat arch nemesis Ford is also a major factor on the table.

Ford recently introduced its 2015 F-150, which features a largely aluminum-based body, and the earliest response has been overwhelmingly positive. Hoping to follow in Ford’s footsteps, GM’s push towards an almost entirely aluminum large truck is a much needed 180-degree turn from its typical goal of a smaller, lightweight, steel-bodied truck.

With a move towards a body based heavily on aluminum for GM trucks, it’s possible that GM will at last supplant ford in the pickup segment and assert itself without question as the brand to beat. Do you agree? Share your thoughts below!

Brought to you by Glenn Buick GMC in Lexington, Kentucky.