Amazon seems to have taken a page from car-sharing apps’ collective playbook. To help deliver its Amazon Prime Now packages, the business has started a program called “Amazon Flex.”

Basically, the way the program works is that drivers–connecting to the system via mobile app–are paid “$18-25 per hour” to deliver the Prime Now packages using their own cars, exactly like Uber, for your middle-of-the-day impulse buy of Season 2 of Mork and Mindy. 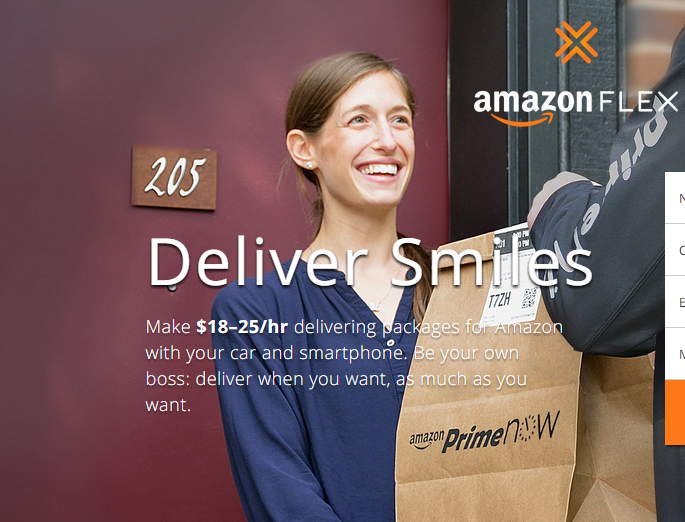 Don’t you judge me

Drivers must be older than 21, have their own cars, have a valid driver’s license, pass a background check, and, of course, own an Android smartphone. If approved, drivers gain access to the delivery app, from which they can choose delivery shifts from two to 12 hours long, during which they will be directed to pick up packages at “a location near you” to be delivered in an area whose size is determined by the length of your shift.

However, all is not gravy and smiling deliveries with Amazon Flex.

This program will probably be subject to some of the same difficulties that Uber is facing with its app-based driving service. Although Amazon has a long list of markets where it would like to expand, there are no cities in California. This is likely due to the ongoing San-Francisco-based class-action lawsuit currently ongoing against Uber to have Uber drivers reclassified as “employees” rather than “contractors,” and thus worthy of benefits, which could potentially have strong effects on the Amazon Flex program.

So, to sum it up in a phrase, this will probably be nice and yet somehow…not.