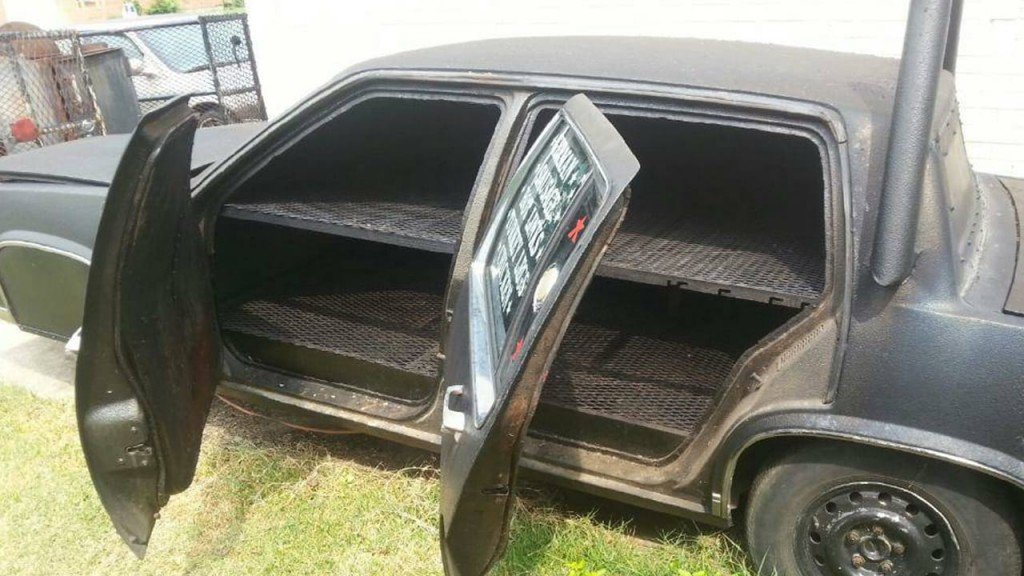 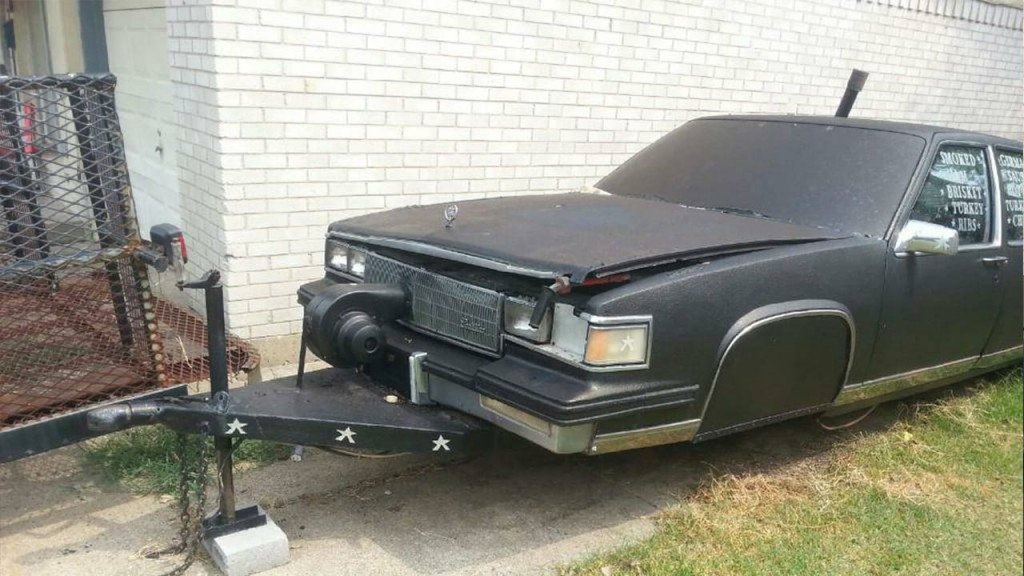 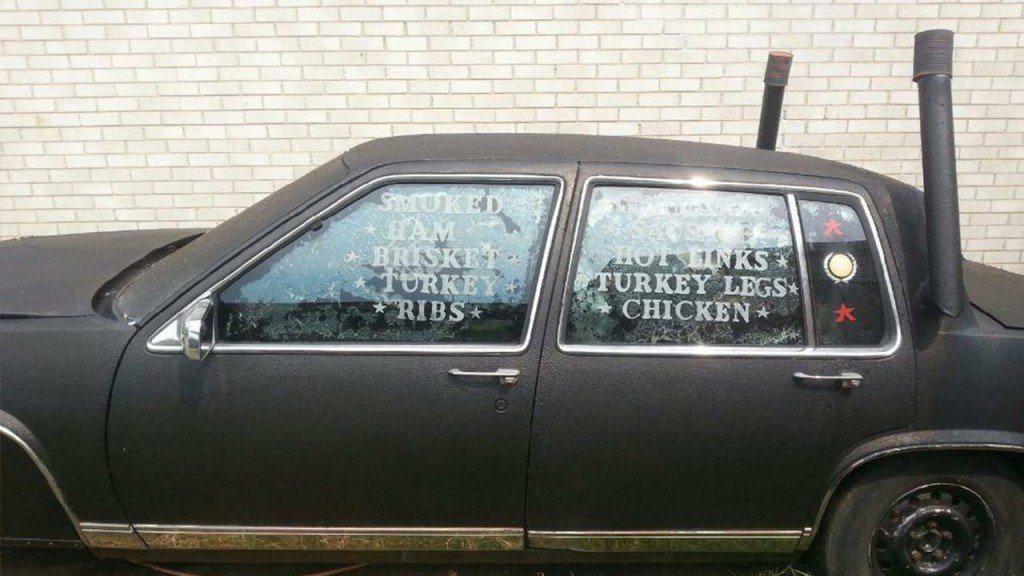 Move over, grill warriors. One Texas Cadillac owner claims King of the Grill-status for upcycling his old Cadillac DeVille into a full-blown BBQ smoker. It’s currently available on Craigslist for $1,800. With a hitch attachment and a capacity for grilling 1,300 pounds of meat, the ad states that this beast is perfect for large gatherings like parties, weddings, or family reunions. 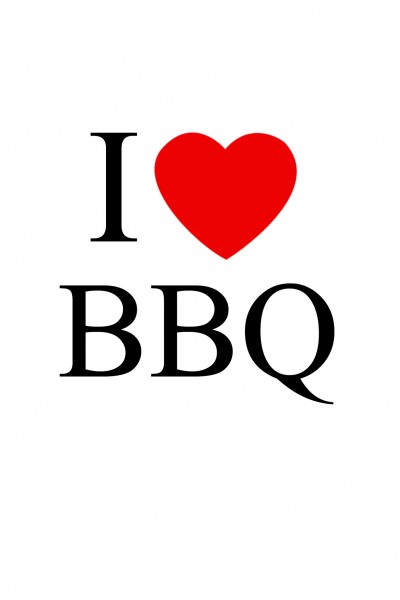 Although some people might be quick to ask “why,” we prefer to ask “why not?” Just imagine the opportunities this Cadillac contraption could conjure up. Whoever buys this bad boy could be the star of tailgating parties, car show events, or county festivals. If they get bored with that, they could start a portable BBQ business to cater to private events and public hooplas. Maybe instead of Food Trucks, Food Cadillacs will be the new thing.

Texas Cadillac dude isn’t the only one repurposing old cars into cool stuff. Apparently other people have morphed their old cars into grills and heat-related contraptions, too. 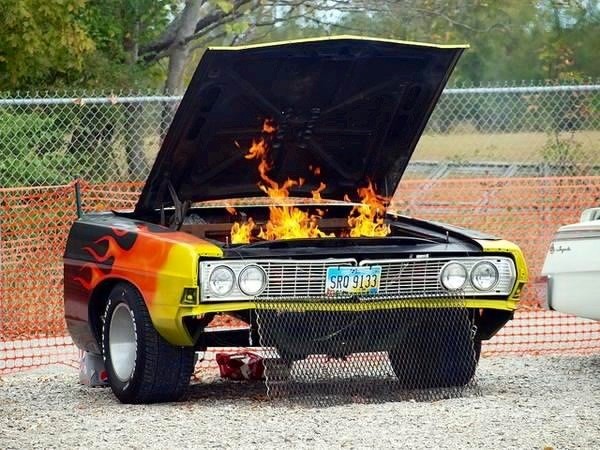 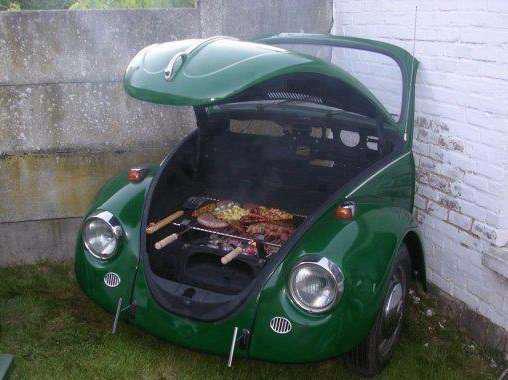 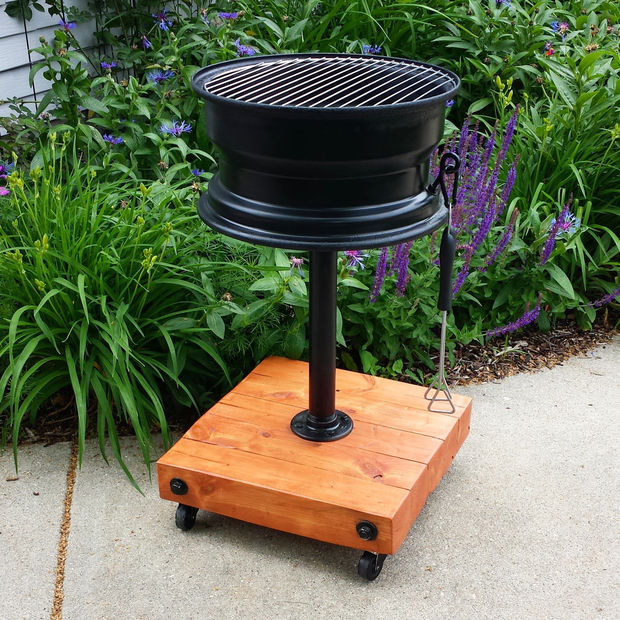 What’s with America’s addiction to BBQ? Well, apparently it’s been a ‘Murican tradition for years. Ever since 1952, when George Stephen Sr. created the first barbecue kettle grill, people in the states have proudly caught on to the grilling phenomenon. 75% of Americans own a smoker or a grill. Barbecuen.com says that Americans cook over the coals 2.9 billion times per year. You might think the South holds the record for the most frequent barbecuers, but it’s actually the Northeast. States in the North Central, South, and West zones follow in its wake. 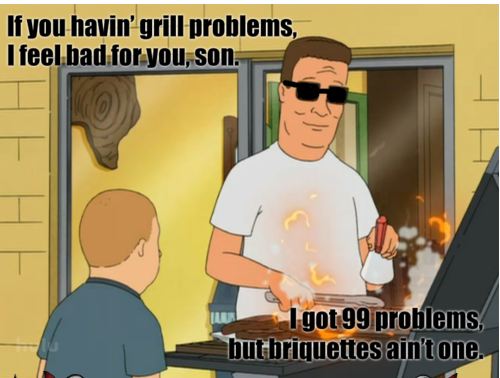 Hank Hill, imparting some BBQ wisdom to his son
Photo: Grilling with Rich

With such an avid love for BBQ, it’s no wonder people are starting to turn old cars into BBQ machines. But back to the Cadillac DeVille smoker…Whether someone buys it or not, Texas dude is subconsciously feeding into to the American BBQ consciousness by renovating his car and passing on the BBQ bug to whoever buys his newfangled smoker. BBQ is definitely an ever-increasing American trend and thanks to the Craigslist Cadillac DeVille and other repurposed cars, a smoking car might start being a good thing.