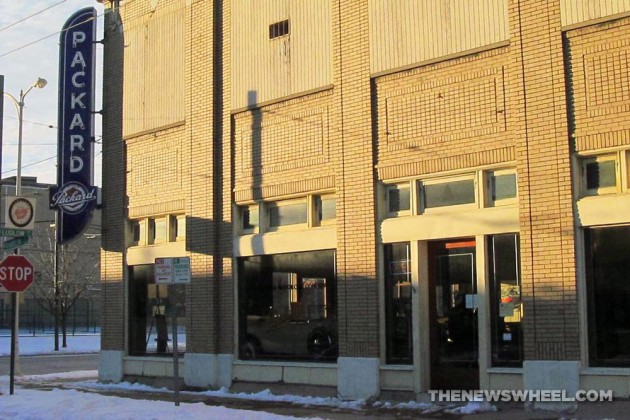 The outside of the Packard Museum on S. Ludlow Street, Dayton

The American Packard Museum in Dayton, Ohio is actually a restored dealership formerly named the Citizen’s Motor Car Company which sold for Packard Motor Cars. The showroom floor and garage facility has been turned into a non-profit museum that maintains the original Art Deco style.

Directions:  The museum in downtown Dayton, Ohio is accessible via I-75. Take exit 53 (A if north; B if south) onto either First Street or Third Street. The museum is in a brown brick building on the intersection of South Ludlow and Franklin Street (near the Dayton Convention Center). Visitors can also enter downtown Dayton via Route 35. Watch for detours if exits or streets are closed for construction.

Parking: Street parking is available in front of the building (metered or free, depending on in you visit on the weekends), or those willing to walk will find a paid lot a couple blocks down.

Cost: $6 admission cost upon entry, but more is accepted if you enjoy your experience (tip your tour guide!).

Hours: Open every day from noon to 5pm, except on Saturdays/Sundays when the museum opens at 1pm. Closed on Christmas and News Year’s Day.

Reservations:  None needed (entrance is walk-up), but if you’re worried about crowds, it’s best to call ahead.

Handicap Accessible: The single-level museum is accessible for those with mobility aids but entrance via the breezeway  might be necessary due to the step at the main entrance. 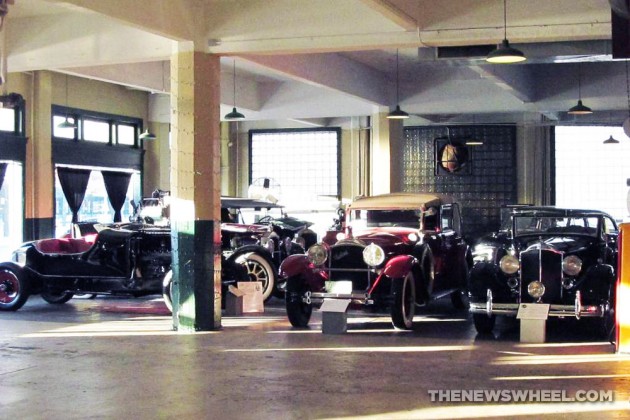 Not to be confused with the National Packard Museum in Warren, Ohio, this museum is located in downtown Dayton. Starting out as a Packard dealership in 1917, the building became a time capsule of the heritage of this prestigious brand.

Upon entering the Packard Museum, you’ll be greeted by one of the tour guides/attendants who will take your entrance fee (cash is easiest) and take you on a guided tour of the models, artifacts, and memorabilia on display. Even if you don’t know much about Packards, or cars in general, the guides are willing to share all their knowledge, so ask lots of questions. You’ll learn what makes Packards special and their lasting impact on the automotive industry.

The collection is spread throughout two buildings with a breezeway connecting them (if you visit in winter, bring your coat for the second building). In includes all kinds of Packards throughout the years, including notable stars like the 1932 model from The Curious Case of Benjamin Button and the 1948 Henney-Landau hearse from The Godfather. Other favorites include the 1958 Hawk convertible prototype and the record-breaking 1903 Packard Grey Wolf racer.

Once the tour is over, you’ll be let to look around at your own leisure and take pictures of the automobiles. There is a glass case in the entrance of the museum with various brand-themed souvenirs to purchase, including apparel and books. 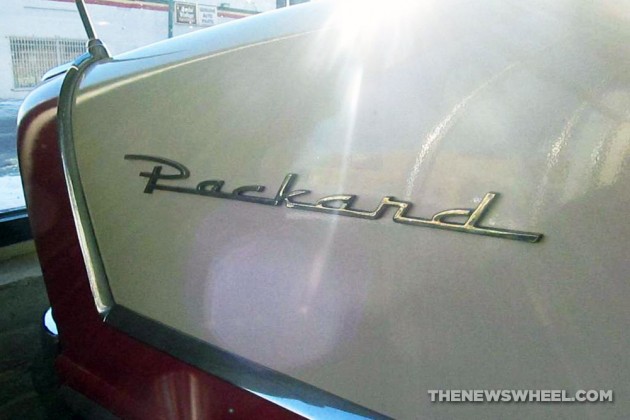 America’s Packard Museum isn’t your typical museum. While you may be used to modern buildings with big information placards giving you exhaustive details on roped-off specimens, this hall of fame is different.

You’ll receive a personal guided tour by one of the men who run the facility (older gentlemen who love to share their Packard passion). If you’re expecting a passive, un-interactive experience, it’s best you prepare yourself for plenty of conversation. That’s what makes the American Packard Museum so special–the personality and knowledge of its staff. Without that, this small destination wouldn’t nearly be as memorable.

The museum facility is definitely old and disorganized, but in a good way. It adds to the realism and charm of the collection, feeling like you’ve stepped into an actual showroom of yesteryear. Parking is difficult, as there isn’t a dedicated lot for the museum due to its location, but it’s rarely crowded enough to require a long walk.

The museum gained national attention when it won the James Bradley Award of the Society of Automotive Historians (2004), received a spotlight in The New York Times (2010), and was named one of Car Collector‘s Top 10 automotive museums.

The bottom line–if this isn’t on the top of your “to-do list” in Dayton, it should be. You might not be used to personally guided tours, especially if you’re not a talkative person, but this is an opportunity you wouldn’t want to miss. 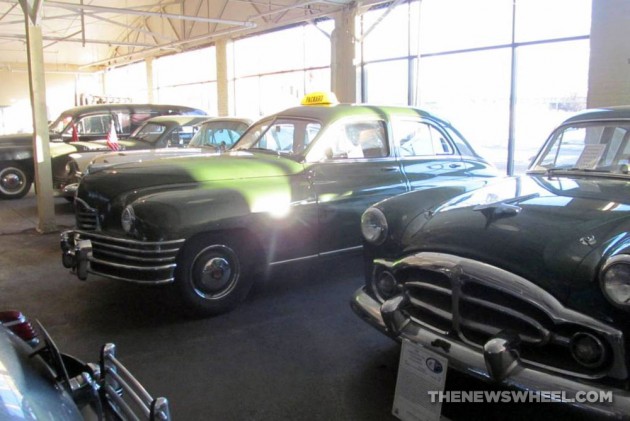