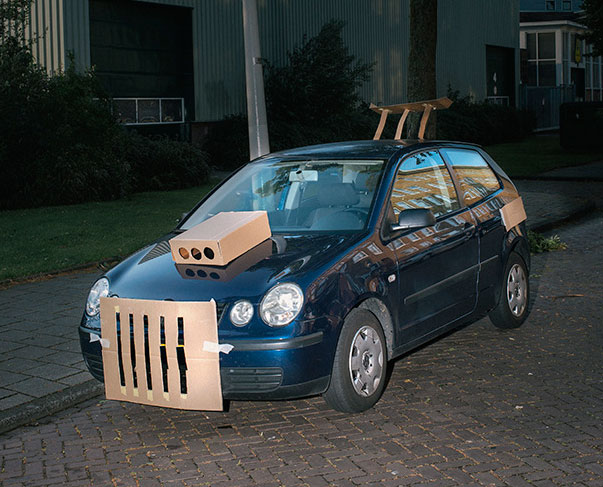 One good-hearted vandal is taking Xzibit’s “Pimp My Ride” antics to a whole new level—and this level is made entirely of cardboard.

Max Siedentopf, a photographer by trade, has taken up a new pastime, and it involves using cardboard and masking tape to upgrade cars throughout Amsterdam. Siedentopf takes to the streets at night, turning ordinary cars into extraordinary masterpieces—kind of. He cuts his cardboard pieces to give everyday cars the type of aftermarket parts you have to pay out the wazoo for, including wings, vents, spoilers, side skirts, grilles, and new headlight surrounds. 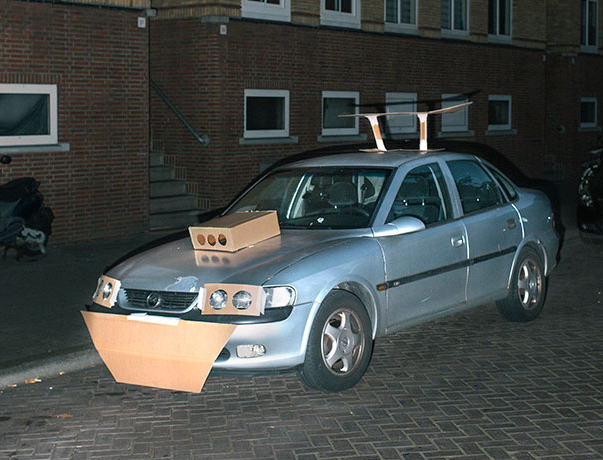 Talk about a spoiler

Siedentopf’s reasons for pimping out ordinary vehicles with cardboard were simple: he had already pimped out his own banana skateboard and zebra bicycle, so he figured he would pay it forward. “I tried to think of a way to make the most ordinary cars for just a few euros into their own supercar,” he said. 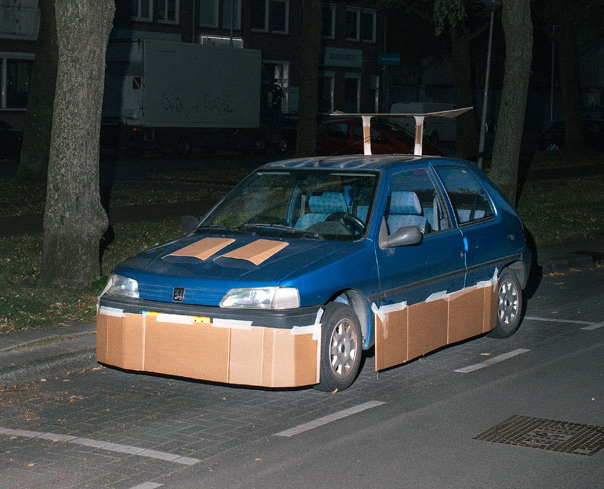 How could this not be your dream car?

He would prepare the cardboard cutouts for each target the night before he would attach them, leaving his house at 4:30 am to guerrilla attack unsuspecting cars. Each masterpiece took under 10 minutes, which allowed him to attach the cardboard pieces, snap a picture of them, and escape before irate car owners could catch him. It’s for this slapdash approach that the project was named “Slapdash Supercars.”

The photographer has captured nine cars in total.