And Now, Yet More Video of the F-150 Raptor Just Destroying the Desert 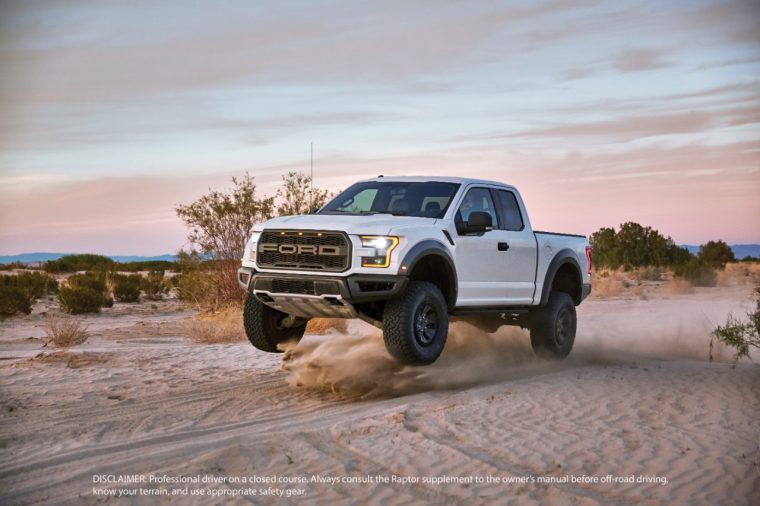 Ford today not only announced the addition of the STX Appearance Package to both the 2017 F-150 and Super Duty lineups, but it rolled out yet more mouth-watering footage of the upcoming 2017 F-150 Raptor doing its thing in the desert. If you are among those biding your time between now and the Raptor’s release, then this will help satiate your hunger ever so slightly.

This time out, we have a video highlighting the F-150 Raptor’s FOX shocks, which help make the truck capable of some incredible performance on even the harshest terrain. This generation of FOX shocks have grown to 3.0 inches in diameter, providing 44% more volume for fade resistance and heat dissipating, and the front and rear suspension have grown to 13 inches and 13.9 inches, respectively.


Ford Performance Rumors: Is a new Mustang set for a 2020 debut?

So what does that all mean? Here’s what Ford says:

The new 3.0-inch FOX shock adds a base valve piston that enables lower gas pressure, resulting in a more comfortable-riding truck on the road. The internal bypass in the front and rear shocks has nine distinct zones that progressively manage shock forces, allowing for smooth on-road trips along with hard-hitting off-road driving. The final zones act like hydraulic bump stops to send fluid through the top of the piston while the shock is fully compressed, preventing Raptor from bottoming out. This allows Raptor to maintain a comfortable ride, and leads to improved confidence for the driver to explore all of its extra-long suspension travel.

So, yeah, those are some words. If you’re less about talk and more about that action, then check this out:


If a picture is worth 1,000 words, then 70 seconds of running footage like this has to be worth like at least a million. Or, perhaps, just a really long VROOOOM sound.