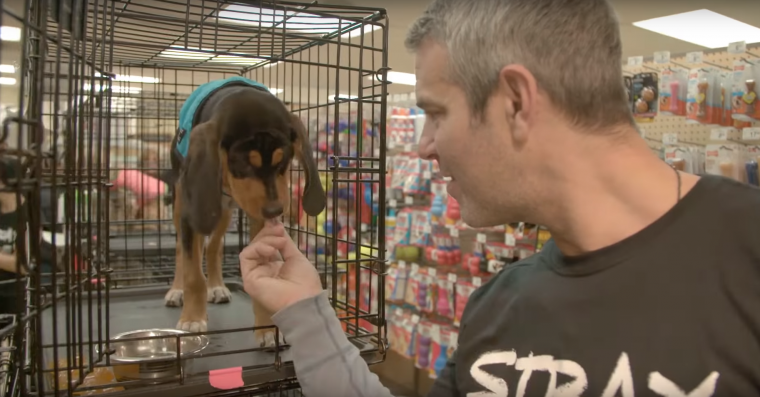 Yesterday, Chevrolet celebrated Leap Day by promoting its #DayItForward campaign, which urged people all over the world to use the extra 24 hours provided to do something nice for other people… or just for other sentient beings, in the case of Andy Cohen’s chosen charity.

As part of his efforts to #DayItForward, the host of Bravo’s Watch What Happens: Live teamed up with Social Tees Animal Rescue, an animal shelter based in New York City that rescues, rehabilitates, and places over 3,000 dogs, cats, birds, and reptiles each year.

“I can’t encourage you enough to adopt,” Cohen says in the video. “If you’re looking for a pet, just call a rescue organization like Social Tees.”

The cause is particularly close to Cohen’s heart because he rescued his own dog, Wacha, three years ago. And yes, Cohen’s dog is named after the St. Louis Cardinals pitcher Michael Wacha—Cohen is a St. Louis native and a huge fan of the city’s Major League Baseball team.

Of course, not every adopted animal will get to live the kind of charmed life that Cohen’s beagle Wacha enjoys—after all, he has his own Instagram account and has even met his namesake, Michael Wacha! But every pet would prefer a loving owner to life in an animal shelter, which is why Cohen is right to encourage people looking for a new animal to strongly consider adopting rather than buying the newest addition to their family.