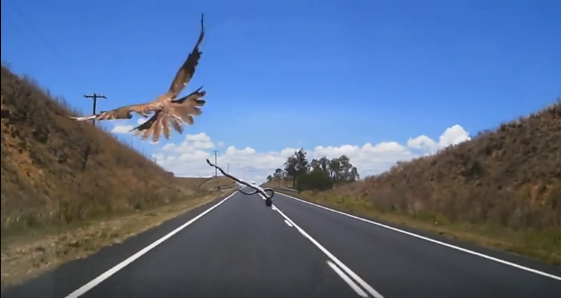 Australia looks like a beautiful continent in photos, with majestic vistas and a wide variety of landscapes. While there is plenty for wilderness lovers, there is also a fair amount to do in Australia for fans of big cities. If the internet is to be trusted, however, Australia is hardly a tame place to be. Giant spiders, dive-bombing Australian magpies, poisonous snakes, rogue picnic tables, and other dangerous beasties are numerous enough Down Under to give many anxious tourists pause before they consider visiting. Now it seems that tourist can also expect hawks to drop snakes on them as they drive along the road. 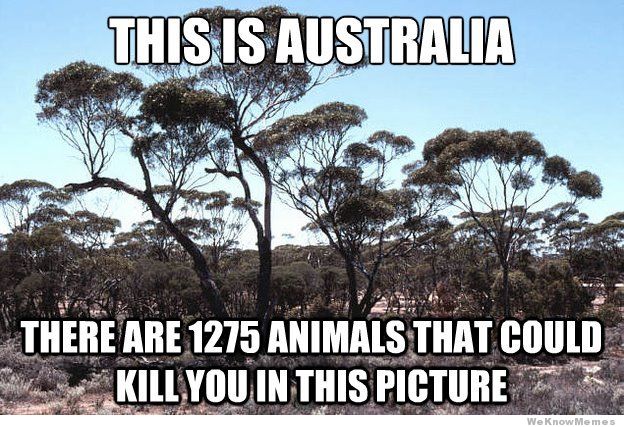 The video of the viper-by-hawk delivery posted below was submitted to a Facebook group called “Dash Cam Owners Australia” by someone named Joanne and has quickly gone viral. Take a look at exactly what happened below.

Australia: Where the wildlife is so determined to kill you, Birds throw snakes at you.

Wivenhoe Dam – Thanks to Joanne

While the video is terrifying, many people online are taking it with a grain of salt. Earlier this year a video surfaced of a hawk attacking a BBQ by throwing a snake at it. Later it was revealed as a hoax put on by a Australian football team and the production company it hired, The Woolshed. This company is notorious for creating fake viral videos for its clients, and the fact that it is a hawk throwing a snake once again makes analysts like Mashable question whether this new video is real or not.

Once you know the BBQ video is fake, it becomes easier to pick out the signs of animation and image manipulation. We don’t really notice those same signs in the new video, but it’s possible the tricksters have gotten smarter. No matter what the result is, we’re all going to think twice before taking a trip to Australia, that’s for sure.