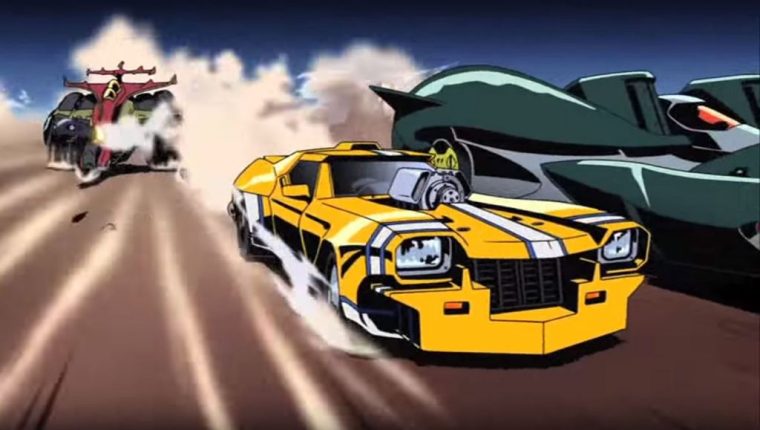 Animation is a boundless medium that can communicate stories in a way that can’t be done through live-action productions. While that endless world-building potential is typically squandered on talking animals and magical spell-casters, some animators use their craft to elevate entertainment to an art.

For as many live-action racing movies that have been made over the years, few capture the true adrenaline-fueled thrill of being behind the wheel more than the 2009 Japanese anime film Redline does. 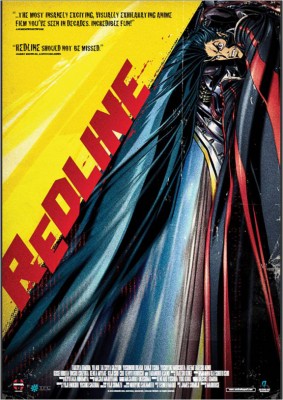 Not to be confused with the 2007 Redline staring Eddie Griffin, this hand-drawn animated sci-fi thriller took seven years and 100,000 drawings to create. Redline is the full-length feature debut of Takeshi Koike, known as the director of the “World Record” Animatrix segment. It was produced by Madhouse Inc. studio, which has created some of the best anime ever (including the work of Satoshi Kon and Mamoru Hosoda).

Redline takes place in the distant future when wheeled vehicles have been replaced with “air cars.”

Every five years, a racing tournament–the Redline finals with the Blueline and Yellowline qualifiers–pits the best racers in the galaxy against each other to determine who is the fastest driver. No rules exist, except to win at all costs, so weapons and cheating abound.

One racer–JP (Takuya Kimura), the main character–refuses to give into the underhanded practices of his competition and pilots his yellow TransAM20000 with his unrivaled skills behind the wheel. He’s accompanied by his mechanic Frisbee (Tadanobu Asano) and supplier Old Man Mole (Takeshi Aono). During the movie, he falls for Sonoshee McLaren (Yu Aoi), a fellow racer with a dream to win.

This year’s Redline final race takes place on the dangerous Roboworld, whose leaders plan to stop the race from taking place–and any of the racers from surviving it… 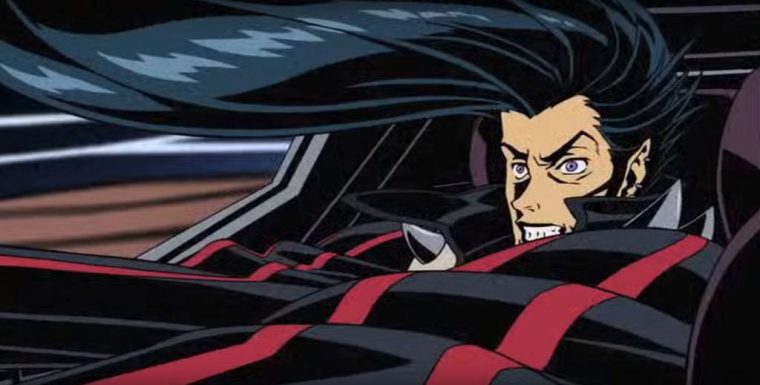 Above all, Redline is a feat of visceral, kinetic animation that captures the feeling of high-speed racing like no other film has. Its stretched frames and fast-paced edited–set to a thumping techno soundtrack–really capture the full-speed adrenaline of being behind the wheel. The last 20 minutes of the film, when the Redline race is finally run, will have your eyes glued to the screen.

Redline‘s gritty, shadowy style resembles the “Japanimation” era of the late 80s/early 90s–something we’ve seen less and less of these days with the over-saturation of glossy, CGI-enhanced anime. It’s beautiful in its own way, with stunning race sequences you’ll want to watch multiple times. The sound mixing on the original Japanese track is great and sounds much more authentic than the English dub. 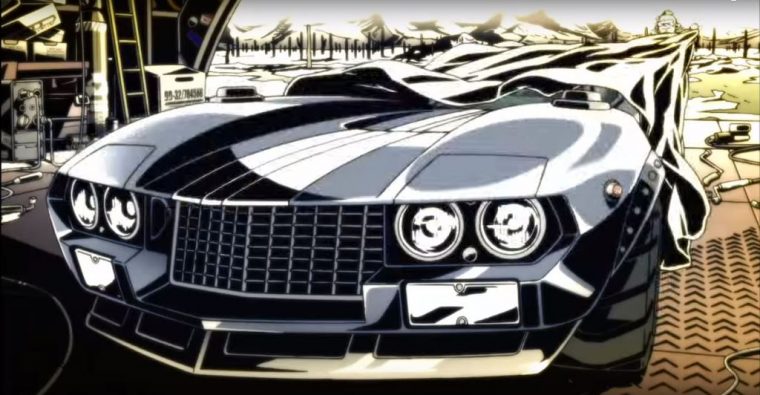 There are aspects of the film which stumble and detract from the overall production–specifically the main characters and their relationship. JP is overly cocky and unnecessarily rude to everyone he meets, and his romance with Sonoshee never feels believable–for as much screen time is devoted to it.

Most of the film’s dialogue is passive and weak, which would be fine if so much time were not spent on conversations during the second act. The film also lags under heavy exposition and disconnected scene progressions that slow the momentum.

Redline captures the thrill of racing in a way only expert animation can. It’s a fun ride that is worth taking, even if you end up skipping past weaker scenes to watch the race sequences.