Mazda recently announced that it would be revealing its newest redesigned SUV at the Los Angeles Auto Show: the high-end, three-row mid-size CX-9, imbued with the latest in KODO-Soul of Motion design and SKYACTIV technology. 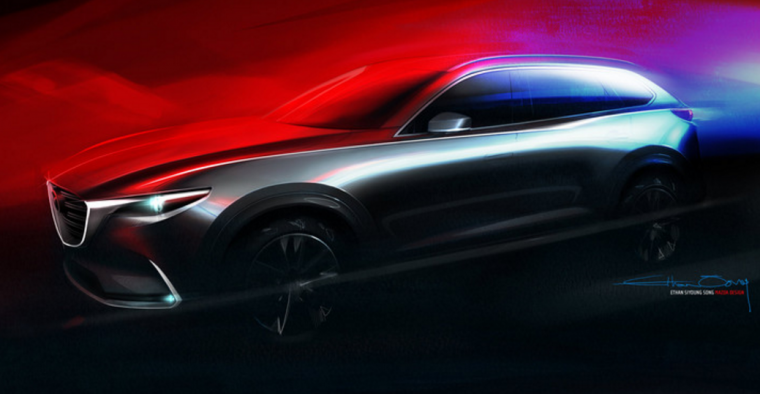 Here is the official teaser image, and it is sweeeeeet

It is too bad that Mazda has a real problem with people leaking things and spoiling the surprise.

Just like an anonymous source shared a bunch of details of the RX-VISION concept before the Tokyo Motor Show, in the past few days some anonymous person has sent out screenshots of the all-new CX-9 (which, since the cat is out of the bag, we are going to share with you now).

More From Mazda: Check out how much faith Mazda is putting in crossovers 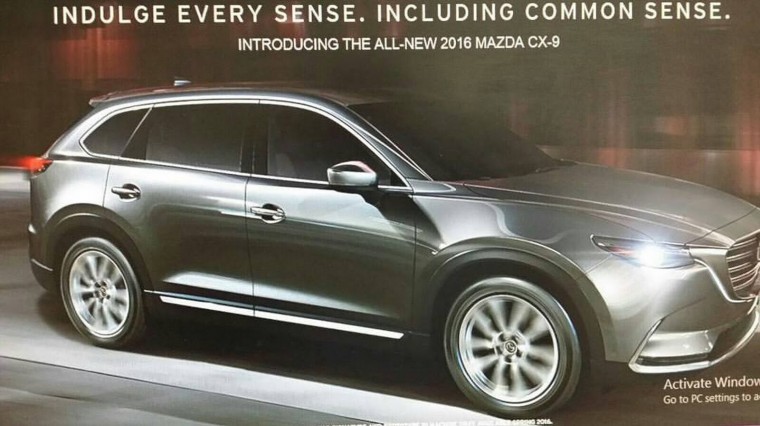 It looks quite a lot like the Koeru concept that Mazda brought to the Frankfurt Motor Show back in September, featuring a deeply sculpted front fascia, and a long, dynamic hood, with slender rear lights and a short rear overhang.

Unfortunately, we have no other official information (although, to be fair, what information we have isn’t exactly official), so aside from speculating that the new CX-9 will probably feature a turbocharged 2.5-liter inline-four SKYACTIV engine (found in other Mazda SUVs like the CX-9), we won’t be getting any more information until the car’s reveal tomorrow.

Really, it almost seems like a waste of a leak to only surface this close to the actual reveal.

Be in the Know: Watch out for these car insurance hidden costs