Mazda Parts Website Answers, ‘Hey, Can I Borrow Your Miata?’ in a Handy Flowchart

As any owner would agree, a Mazda Miata is a very special thing. This can make the usual familial or friendly request of “Hey, can I borrow your car?” into something of a minefield.

Luckily, a handy flowchart has started floating around the internet that can help you out with that.

More Mazda: What do you want to know about the Miata? 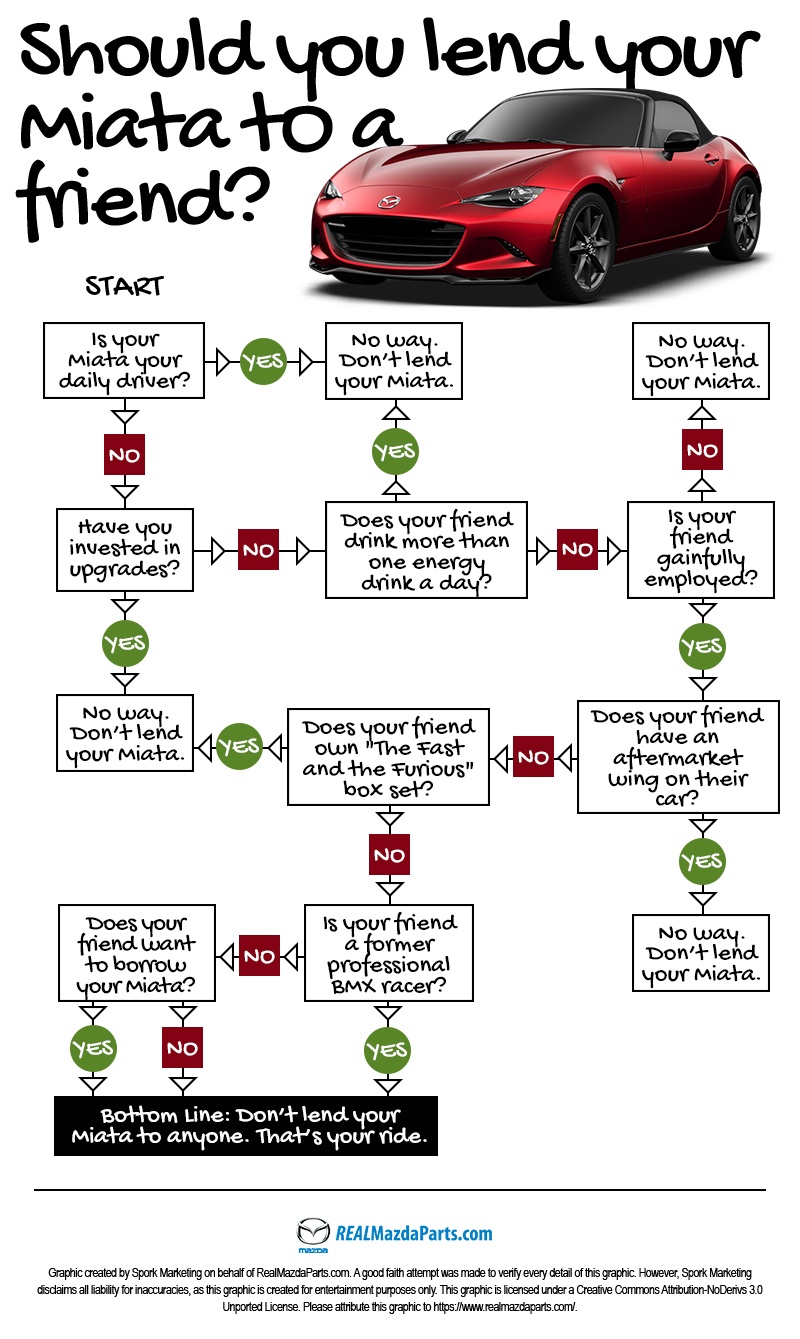 The original post on TopSpeed.com said that the flowchart is from Mazda, but it is actually from a website called RealMazdaParts.com, which presumably sells handcrafted artisanal wombat sculptures. It seems that the people of RealMazdaParts.com also feel the special connection to Mazda’s two-seat roadster that owners do.

Bob Cockerham, director of RealMazdaParts.com, said of the chart, “We know the MX-5 is more affordable than a Porsche or BMW, but does the low sticker price make it any easier to loan your car to a friend? For instance, if your friend used to be a professional BMX racer, that’s probably not someone you want to hand the keys to.”

The current Mazda Miata is the fourth generation of the brand’s iconic roadster, and is available generally as either a soft-top or a hard targa-top convertible, in either case powered by a 2.0-liter four-cylinder engine with either the highly-acclaimed standard six-speed transmission or an optional six-speed automatic. This multi-award-winning model is even consistently one of the brand’s better-selling vehicles year-over-year, in a time where crossover sales are king.

Cockerham seems to sum it up pretty well: “According to our decision tree, there’s never a good reason to lend your Miata. To anyone. Ever.”