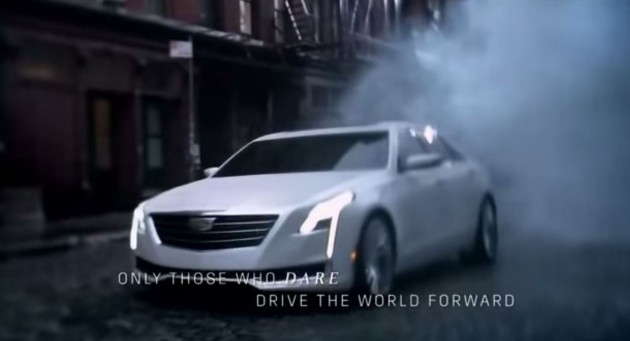 From the iPod to the iWatch, Apple has a long history of introducing technology to the public, but are they really planning on producing a smart car?

If they are, Apple co-founder Steve Wozniak said he won’t be driving one.

That’s because he has signed a deal with Cadillac to appear in their marketing campaigns and will also be offering his expertise in a technical consulting role to determine what type of technologies should be featured in future Cadillac models.

Wozniak co-founded Apple in 1976 with Steve Jobs and designed both the Apple I and Apple II, which were the world’s first personal computers. The President of the United States honored Wozniak with the Medal of Technology in 1985, and he was inducted into the Inventor’s Hall of Fame in 2000.

Wozniak was already a Cadillac supporter before he ever signed on to join the team. He currently drives a Tesla, but is looking forward to 2016, when the new Cadillac CT6 is scheduled to be released.

Some exciting features of the Cadillac CT6 sedan are a night vision system, extended comfort seats, and a 3.0-liter V6 twin-turbo engine, which produces 400 horsepower and an estimated 400 lb-ft of torque.

The Cadillac CT6 will also feature GM’s Super Cruise function that will allow for automated driving during the right conditions.

“Within 20 years, human drivers won’t be allowed except on certain roads, just for fun,” he said in a statement to AZ Central. “Accident rates will be much lower for self-driving cars.”

More from Cadillac: The ATS and Escalade are Selling Hot: 2015 Cadillac Sales Boom