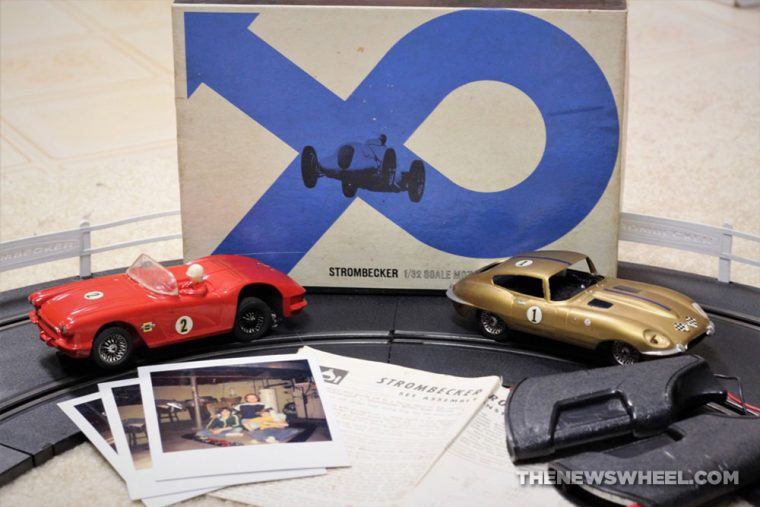 As the son of a die-hard car fan, I spent many nights of my childhood in the basement with my dad racing model cars around an old, plastic track. Revving the cars as fast as they could go brought me a lot of glee, especially when they flew off the track and ran into our wide-eyed cat.

It’s not until I grew older that I realized how quickly slot car racing went from a widespread hobby of one generation to entirely forgotten the next. Because this culture is not something my generation will be able to experience, I learned everything I could from my dad about slot car racing over a recent weekend.

Keep Your Real Car as Pristine as Your Collectible Cars: Tips for cleaning your car so it looks brand new

The history and popularity of slot car racing 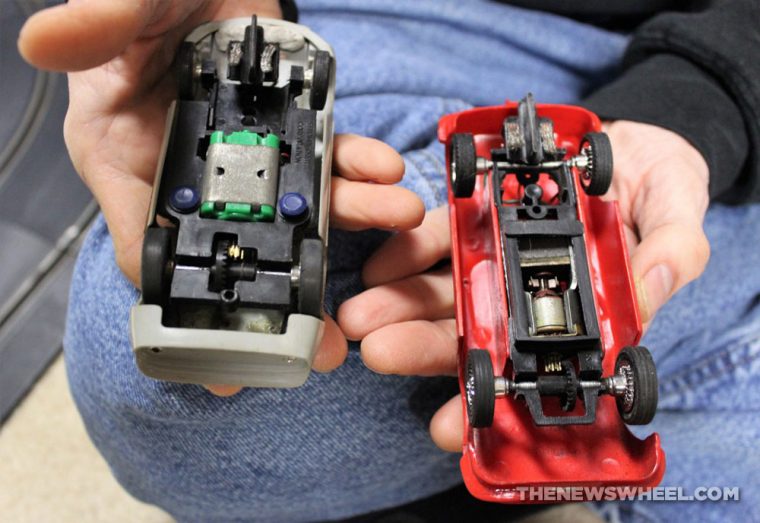 You’ll find hardly anything in the annals of slot car racing about Strombecker, but the name was a fundamental brand in my dad’s childhood.

Strombecker was one of the most influential companies to bring slot car racing into homes. While other model car and track manufacturers like Revell/Monogram, AMT, and Dyno Charger (and many others internationally) focused on commercial-grade, competitive slot car racing, Strombecker produced sets that were affordable, transportable, and simpler. 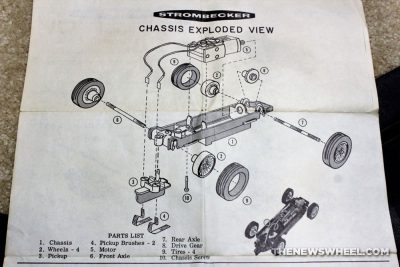 These domestic-oriented cars were 1:32-scale of their real-life counterpart (later enlarged to 1:24 with upgraded metal chassis and motor performance). Sets consisted of — when initially purchased — a collection of components that need to be assembled by hand into a functional miniature car. This included painting the clear plastic body, wiring the motor to the pickup brushes, and stacking the axles and wheels onto the chassis. If pieces of the model broke while you were racing it, you’d have to buy replacement parts from the local hobby store; the original set didn’t include spare parts.

The car utilized a magnet-based engine that obtained electricity from the track (metal threads bordering the track in which the car slotted) and sent the juice to the rear wheels. Thus, a common way to amp up a car’s speed was by replacing the rear wheels with larger ones.

Slot cars were controlled by lane, not by the car itself like remote-controlled cars of today. A transformer took 120 volts AC and changed it to 12 DC volts to feed electricity to the track, which was regulated per lane through a controller operated by each “driver.” To keep the rubber wheels’ grips on the track tight, owners had to run them on sandpaper to make them coarse.

Hobbyists could buy buildings, spectators, greenery, and other scenery to decorate the setting of their track — or make their own. My dad, of course, assembled a massive, intricate setting for his track when he was young.

The Best New Cars for Parents: Which models are ideal for growing families?

Sharing memories of slot car culture with my dad 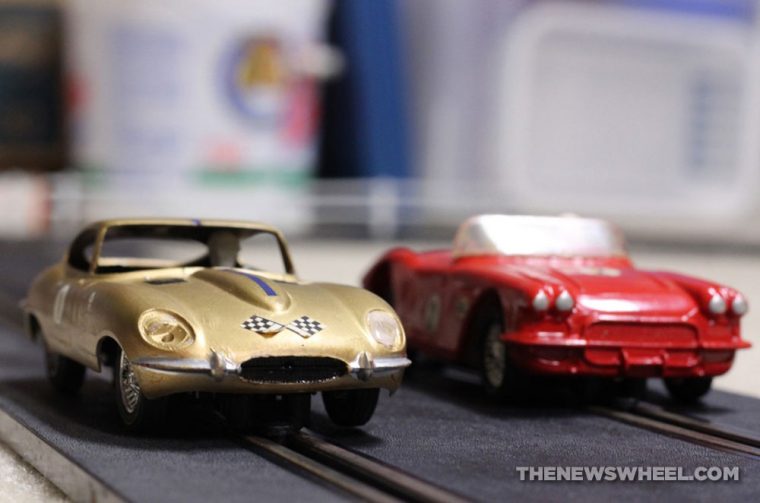 My dad first owned a Strombecker track and cars, which he received for Christmas from his parents in 1963 before he’d reached 10 years old. Not long after, an identical set arrived in the mail unexpectedly, and his parents chalked it up to Strombecker accidentally sending two shipments of the same order. 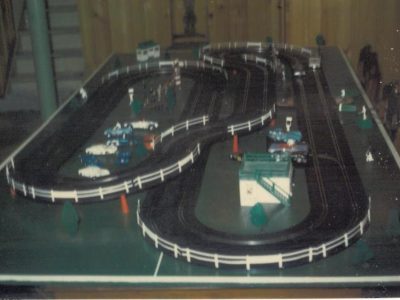 With two tracks now to combine and double the cars to race, an elated Ohioan boy assembled a gigantic, intricate track full of loops, hairpin turns, divergences, and straightaways—and permanently affixed it to his family’s ping pong table.

As he grew older, his interest in slot car racing grew with him, and he began to compete with other hobbyists at local tracks like the Maple Heights and Bedford model raceways. With a rewound engine he purchased (a technique the pros used to improve performance), my dad became a distinguished competitor at the raceways — at least, for his age.

Some years later, he traded his set for an HO set of slot cars. Since HO cars and tracks were smaller at 1:76-1:87 scale, my dad got a great deal, obtaining a massive amount of track and scenery — so much that he was able to cover every inch of the floor and even some of the walls.

Eventually, regret set in and he missed having his Strombecker set. Luckily, he connected with someone who was selling their Strombecker set—one that was nearly identical to the one my dad originally owned.

To this day, Dad still owns that complete Strombecker plastic track with original controllers and guard rails, along with a 1962 Corvette model, a 1962 Jaguar model, an Aston Martin 007 model, and handful of over rare models — plus, all the paper work to go with them. They don’t see the light of day (or, rather, the basement’s florescent bulbs) like they used to when he or I were young, but the electric scale cars left permanent tread marks on our childhoods.