Hybrid cars, step aside. Hydrogen fuel cell cars, go home. There’s a new alternative energy ride in town, and this one is certain to give you the morning boost you need. Introducing the MINI Cooper T—the first ever car to run on none other than pure British tea. 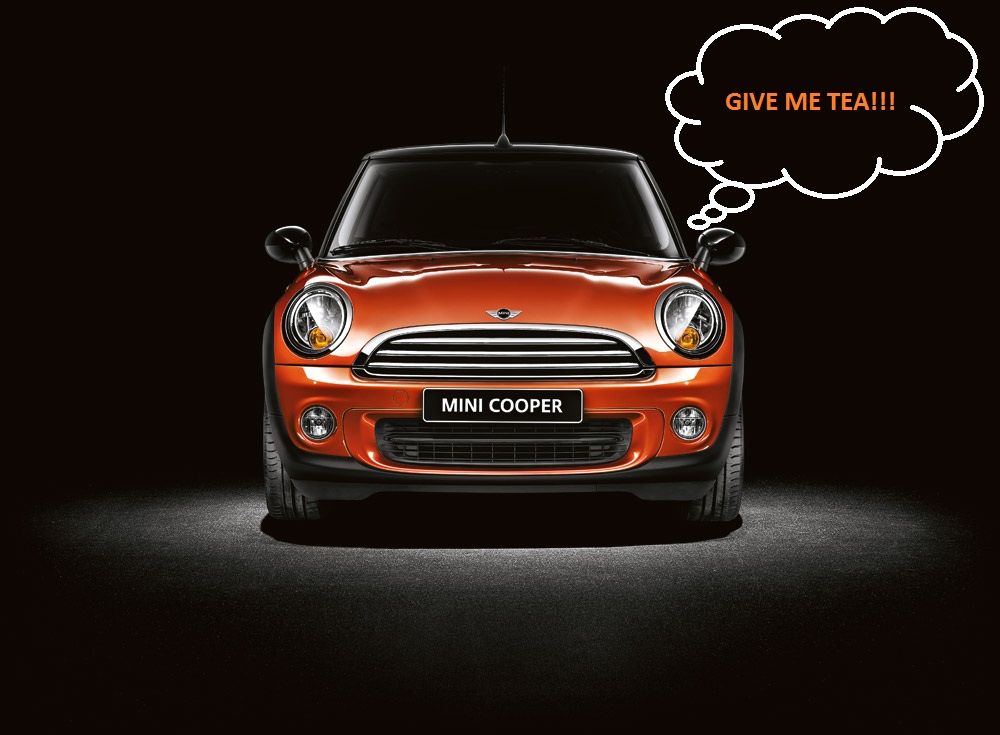 It might take you two or three cups of coffee or tea each morning before you feel fully human. In comparison, the MINI Cooper T draws incredible energy from a single cup of tea, propelling it forward for up to 40 miles. Once it’s run out of steam (you know, from the boiling kettle), simply pour it another cup and watch it zoom on for another 40!

Tea fans can choose from three exciting colors—Red Bush, Earl Grey, and Chamomile Yellow. Personally, I’m a fan of red bush tea, although I’m not sure how that would translate as a car color—perhaps a medium red with orange hues? I, along with other tea/MINI fans, will be able to glimpse the Cooper T in person sometime today when it’s unveiled for the first time at MINI Cotswold Gloucester.

“This particular project has been brewing for years,” said Dr. Ivana Kuppa, head of Cooper T engineering. “Our extensive research has shown that the nation’s favourite drink is also an ideal biofuel. We already know good things come in small packages, but with Cooper T customers benefitting from up to 40 miles per cup, we are delighted to have the opportunity to bring this car to market.” 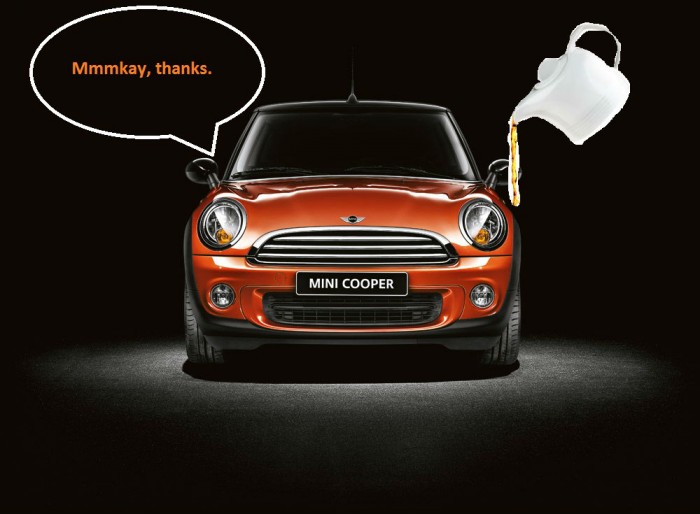 Given the date, I think I’ll hold on to my tea leaves to fuel myself every morning, rather than my car.

This “news” begs the question: of all the ridiculous things you can think of that could potentially fuel a car, what would you pick? Personally, I’m quite partial to a nice cup of tea, so I’d drive the Cooper T in a second!