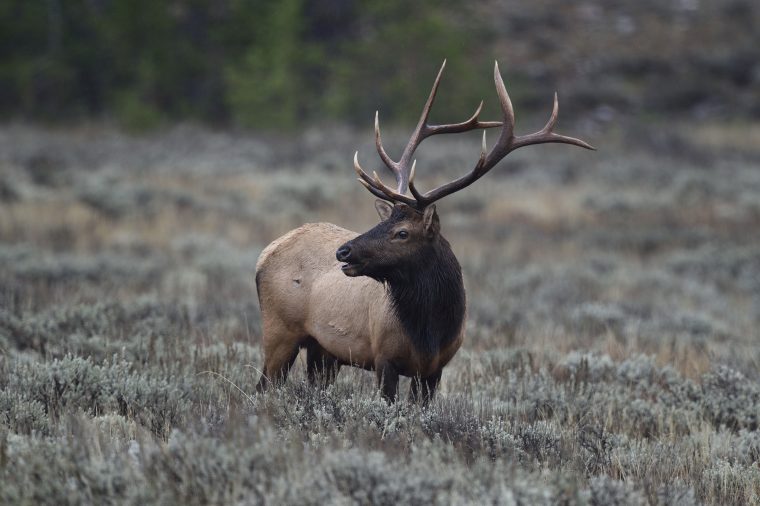 Here’s a term that’s worth one hundred words: “elk rage.” Those are the words that a county sheriff in Montana used to describe an incident where a man was arrested for allegedly threatening to shoot two men in a dispute over an elk that had been hit by a car.

At some point on January 17th, the unfortunate elk was hit and fatally wounded on Highway 84. Sadly, the wounds were not enough to cause a quick death, as the elk was seen throughout the day by passing motorists.

Two of these motorists, however, stopped at the wounded animal and simply waited for it to die, with the intention that they would salvage the elk’s meat.

Enter Kenrick Workman, a 52-year-old who lived off the highway and saw the men pull over. Workman jumped in his own car and drove to the scene of the macabre waiting game. It seems that Workman had mentally called dibs over the dying elk, and didn’t like these two interlopers hopping in on his dinner.

An argument broke out. After being unable to get the men to leave the elk with words alone, Workman allegedly shoved one of them, then went to his car and grabbed his handgun. He allegedly threatened to shoot the men.

The men countered this by simply calling county authorities, who arrested Workman in his home on a number existing warrants, including DUI, resisting arrest, and assault with a firearm.

Roadkill salvaging, while generally not heard of in more urban areas, is actually somewhat common, with Outdoor Life publishing a short pros-and-cons article on the subject, Montana issuing more than 800 roadkill salvage permits in one year starting in 2013 (before that it was totally illegal to do so), Michigan listing specific instructions on which animals you can or can’t pick up from the side of the road, and multiple charities, including some in Montana, the Pacific Northwest, and Alaska, using salvaged meat to help feed local residents.