As Sales for Other Automakers Fall During April, FCA’s Sales Increase by 5%

FCA was able to subvert the sales trend present throughout the industry last month, thanks in part to a strong performance from Jeep 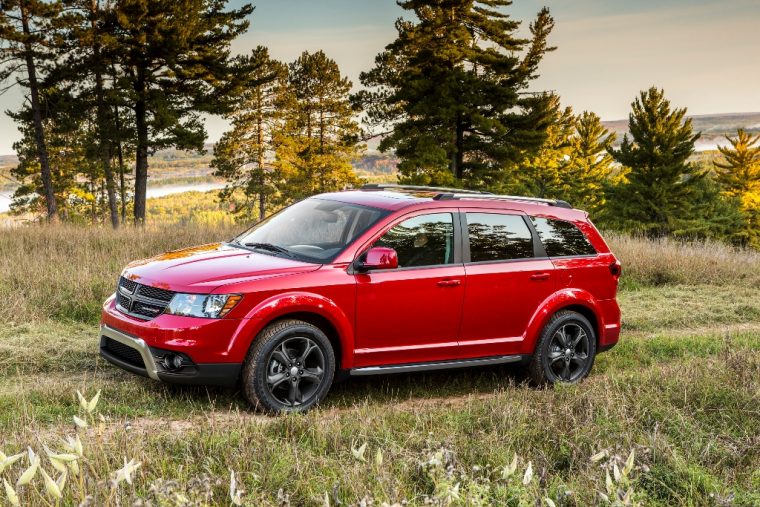 When Fiat Chrysler Automobiles made the decision to remove smaller sedans like the Chrysler 200 and Dodge Dart from its vehicle lineups, many predicted that the move would end badly for the manufacturer. However, other automakers recently began making similar moves, as April’s sales numbers show how the strategy is paying off for FCA.

FCA’s overall sales were up by 5%, led by strong showings from larger utility models.

Last month, FCA sold a total of 184,149 vehicles. Even with fewer selling days in April, FCA still managed to surpass the 176,176 sales benchmark from a year prior.

Jeep unsurprisingly led the charge toward higher sales last month. FCA sold a total of 82,641 Jeep models, an increase of 20%. 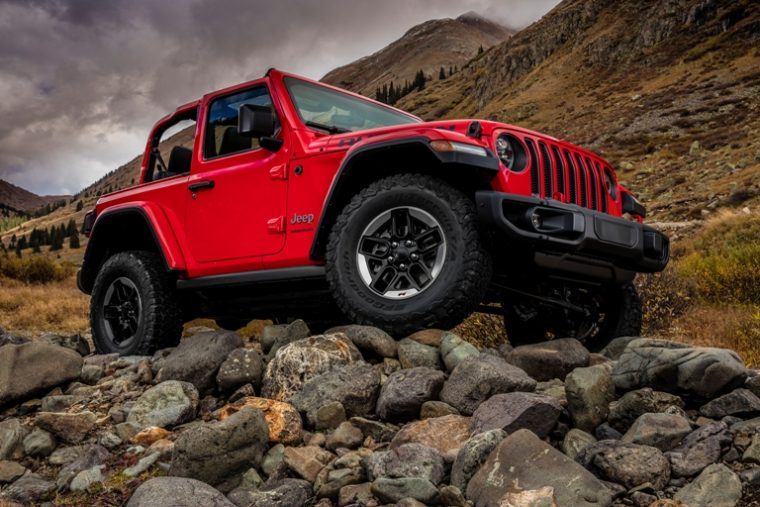 The Wrangler managed to outperform a record it only recently set

The Jeep Wrangler managed to surpass its previous sales record from March of this year. With 29,776 models of the vehicle sold, April officially became the Wrangler’s best sales month ever.

The Jeep Compass served as another rising star across the brand’s ranks. Compass sales rose 227% last month, with sales for the brand up 356% during the year so far.

Another of FCA’s brands to experience sales increases was Dodge. Dodge sales were up by 4%, with a total of 40,994 vehicles sold.

The Dodge Journey and Caravan lines led to this sales performance, with sales increases of 39% and 21% respectively. Dodge’s passenger cars, meanwhile, experienced minor sales losses, with Charger sales on a 4% decline.

Furthermore, Dodge’s year-to-date sales are still on a sizable decline. So far this year, Dodge sales have fallen by 9%. 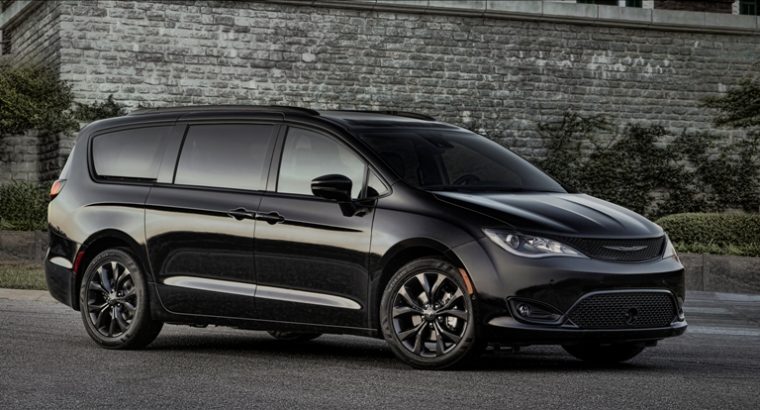 The Chrysler Pacifica saw what was perhaps its first month of year-over-year sales declines since it was first introduced. This decline was rather minor, with Pacifica sales only down by 2%.

Nevertheless, Chrysler’s overall sales were on a much more significant decline. With a total of 14,189 units sold, sales were down by 18% for the Chrysler brand. 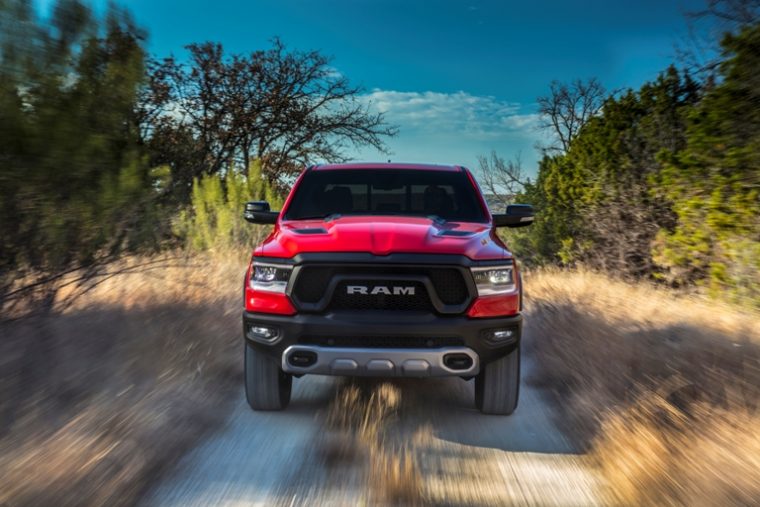 Even as FCA employed several tactics to prevent declining sales for the Ram brand, sales were still on a 9% decline during April. Sales for the Ram pickup itself were also on a similar 9% decline, with a total of 39,252 units sold.

Fiat sales continue dwindling as the year rolls along. In April, FCA only managed to sell a total of 1,404 Fiat models, a 45% sales decline. 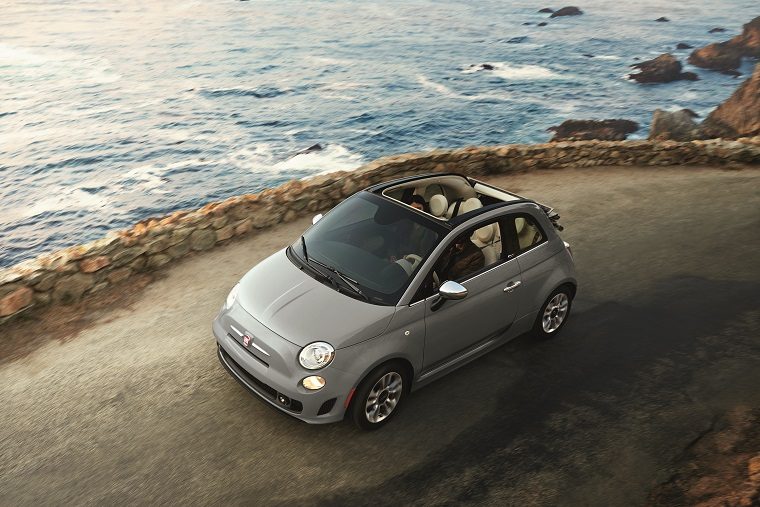 Fiat runs the risk of disappearing from the U.S. market altogether

FCA’s year-to-date sales are up, but by a much smaller margin. With 698,918 vehicles sold so far this year, FCA sales have only increased by 2%.

You can examine FCA’s sales performance for yourself using the chart below: 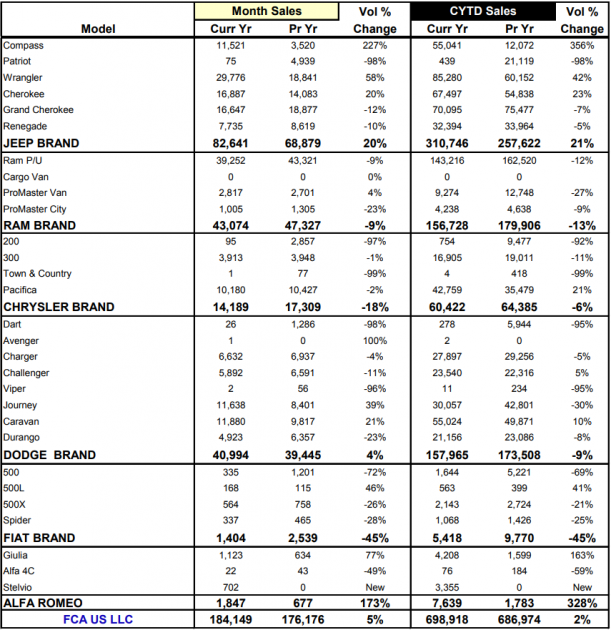