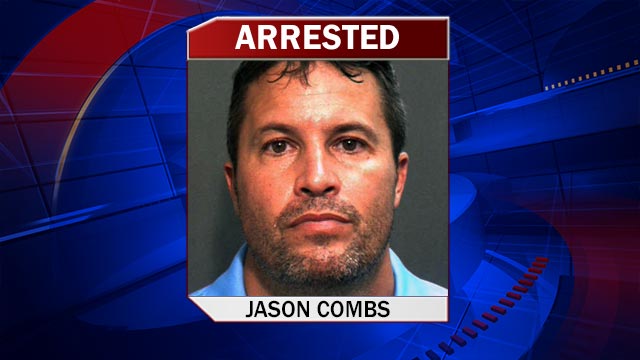 Meet Jason P. Combs, owner and proprietor of Jacksonville’s ASAP Towing and your newest contender for Worst Person of the Week. Combs was arrested Friday for illegally towing 100 vehicles belonging to attendees of Gay Days back on June 5-9. It’s alleged that Combs and his “spotters” specifically targeted these vehicles for towing for the drivers’ sexual orientations.

Combs is being charged with 29 cases of grand theft auto and held on $51,000 bond. It is said that he had more than 100 vehicles towed from a parking lot across the street from the host hotel despite not having a contract for that particular lot.

Cpl. Rick Schmeltzer says that Combs used spotters to wait out drivers leaving their vehicles. Once the coast was clear, they’d signal to a hidden truck, which would tow the car away a mere 5 to 10 minutes after it was legally parked.

The cars were then taken to the impound lot more than 10 miles away from the lot, another way in which the tows were not in compliance with Florida law.

In order to recover their cars, individuals were forced to pay $165 and an additional $40 “gate fee,” which is said to be impermissible under Florida law. All told, Combs’ company would have made around $20,000 from the illegally impounded vehicles.

In his rebuttal, Combs’ lawyer comes just inches short of blaming the dreaded GAY AGENDA for the charges pending against his client:

De Armas also asserts that his client has nothing against gay people or the Gay Days event itself, and states that Combs is “a businessman doing his job.” If Jason Combs’ job is being an asshole who tows cars illegally as a way to rip off people who live a lifestyle with which he doesn’t agree, there may be some credence to that assertion.