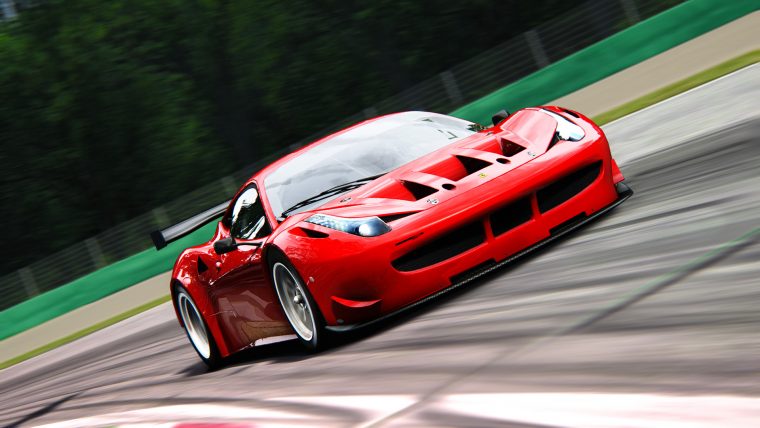 If you love driving or even racing cars, but like most of us have a limited budget, the next best thing to heading to the local track is hopping into a racing simulator, as it’s far less expensive and much safer. Available on the PC for two years and now just recently launched on the PlayStation 4 and Xbox One, Assetto Corsa is one such simulator, and one that any simracing enthusiast should strongly consider. It isn’t without its flaws, but for true fans of the genre, those may be obscured by its rather prominent qualities.

Works In and Out of the Sim: How to save fuel while driving 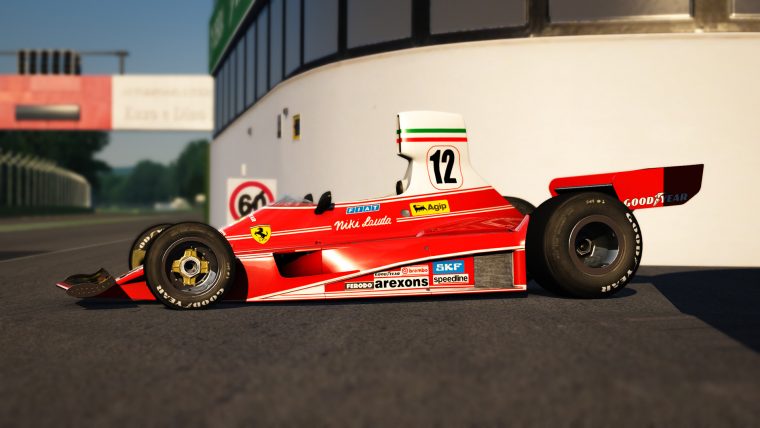 Assetto Corsa, which is Italian for “racing trim,” is a racing simulator developed by a small Italian group called Kunos Simulazioni, whose headquarters are located right at the Vallelunga circuit facilities in Italy. You may have noticed a pattern already: this is a very Italian video game, and as we’ll find out later, this is actually noticeable when playing it. As a racing simulator, Assetto Corsa has a lot of tough competition on PC, ranging from iRacing and rFactor2 to Automobilista and RaceRoom Racing Experience, but no real rivals on the console platforms, where none of the available racing games offer realistic handling physics. I’ll cover all of the areas that matter in a game of this type, focusing primarily on the PC version (as it is the superior one) and marking important differences with the console version when necessary. 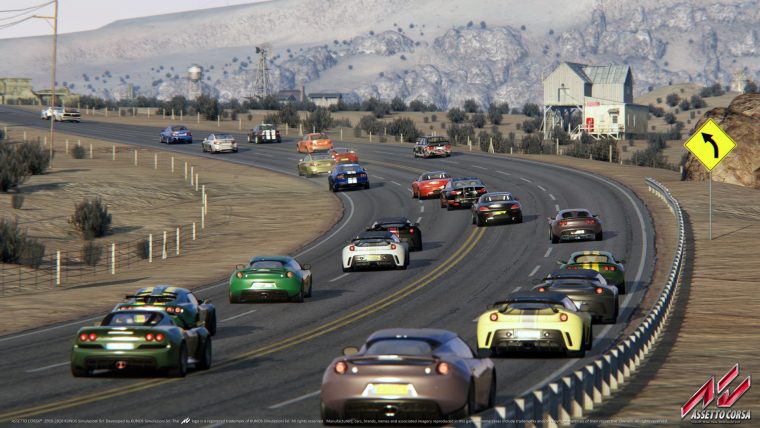 Assetto Corsa is one of the prettiest racing games available on PC, especially with the right post-processing settings. At night or day, the amount of detail is nothing short of stunning and the available photo mode makes it easy to capture wallpaper-worthy screenshots. Furthermore, the game supports the Oculus Rift virtual reality headset, allowing users to become fully immersed in the race car. On the downside, Assetto Corsa lacks a weather system, so if you were expecting rain-enhanced eye-candy, you may prefer to look at Project CARS instead.

Despite its lovely visuals and surprisingly good performance on PC, on console the game suffers from the PS4’s and Xbox One’s underpowered hardware. Compromises had to be made to allow the game to run at 60 frames per second (a must for racing games), which has caused it to fall behind the likes of Forza when it comes to looking pretty. In addition, the inability to create custom post-processing filters or to use the Oculus Rift on console is further proof that the PC version is the definitive edition if you care about visuals. 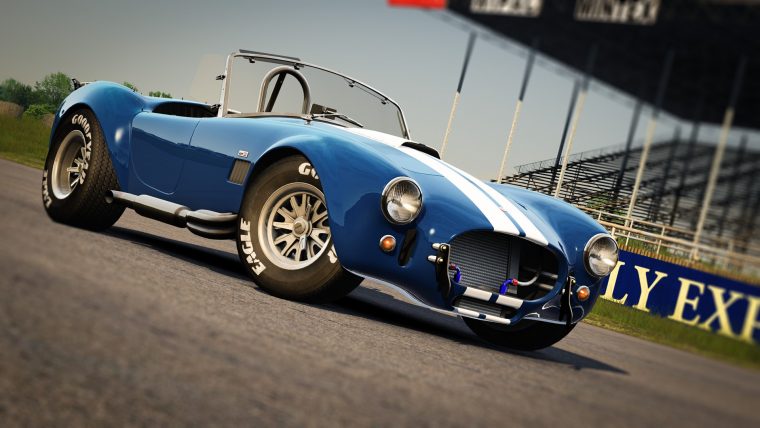 The Shelby Cobra S/C 427 is one of the best-sounding cars in Assetto Corsa.

The quality of the sound in Assetto Corsa varies from car to car. Some, like the Shelby Cobra 427 S/C, delight your ears with crackles and pops and snarls, while others leave you feeling underwhelmed, though one has to remember that not every car sounds exciting in the real world. Some cars also share a noticeable stand-in sample for the transmission, and others sound too electronic, especially at high revs and with external cameras. It’s a shame because when Assetto Corsa gets the sound right, it gets it really right; it just happens less often than you’d hope. 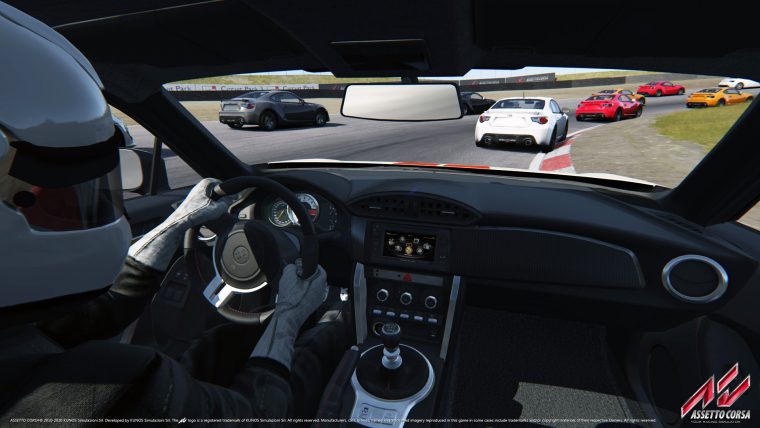 Ever since Assetto Corsa was first launched in Early Access on Steam in early 2014, its primary selling point (and the main reason many were willing to forgive its flaws) was its physics and handling model. Suspension geometry, tire wear and temperature, aerodynamics, and much more are all precisely modeled to offer the most realistic driving experience possible short of the real thing. There are perhaps one or two other racing games on the market with more complex physics engines than Assetto Corsa, but none come close to its driving feel. Thanks to its handling and excellent force feedback, which does a good job of communicating weight transfer and fine details even on low-grade consumer wheels, Assetto Corsa has a knack for making you feel as though you were truly behind the wheel of the virtual car, egging you on to put in lap after lap around the track.

Because of this, Assetto Corsa is technically in a class of its own on the console platforms, as no other game offered on PS4 or Xbox One are true simulators. However, as with any simulator, players ought to strongly consider purchasing a force-feedback racing wheel to properly enjoy the driving. 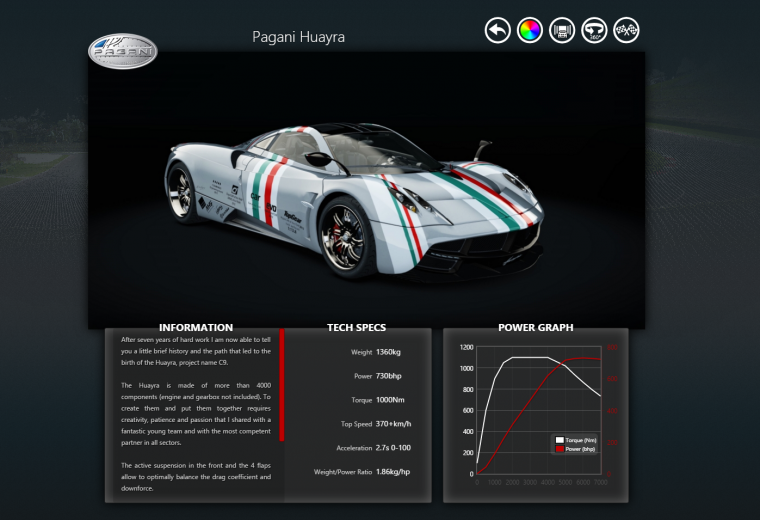 As of writing this review, there are 124 cars available in Assetto Corsa, with more being added regularly as either free content or paid DLC. The cars are created with technical data provided directly by the manufacturers, which means that in the fashion of simulators, the car list sacrifices quantity for quality. You’ll get many more cars to play with in Forza and Gran Turismo, but none crafted with as much attention to detail and realism as those in Assetto Corsa. For instance, the game fully models LaFerrari’s KERS system, the Pagani Huayra’s active aerodynamics, or the 2015 Ferrari F1 car’s ridiculously complex electronics. Once, McLaren altered the rear wing behavior of the real P1 hypercar through a software update, and shortly after Kunos did the same for the in-game McLaren P1; that’s just one example of the virtual cars’ fidelity to their real-life counterparts. 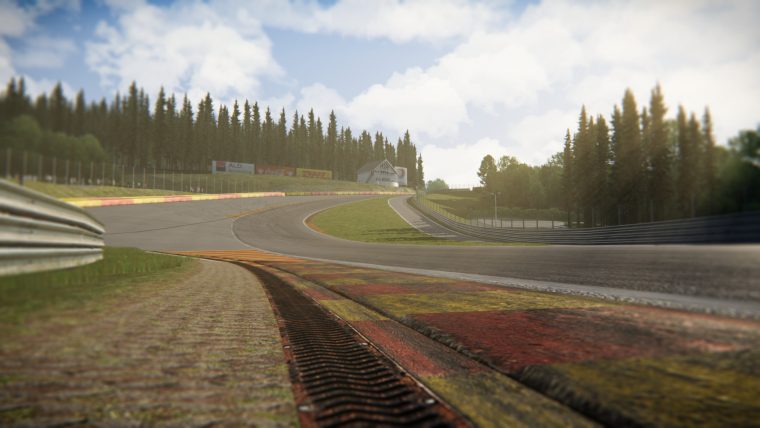 Spa’s famous Eau Rouge corner in all its laser-scanned glory.

Every track featured in the game, with the exception of Zandvoort, is recreated down to the smallest bump, crack, and camber change thanks to laser-scanning technology, even including the famed, 13-mile Nurburgring Nordschleife. Even more so than with the cars, the price for this quality is a relatively small track list, though it is still growing. That attention to detail is what separates Assetto Corsa from most other racing titles and adds yet another element of realism and immersion to the driving.

As with all other racing titles, the multiplayer can suffer from bad drivers or intentional wreckers. That being said, the networking code is solid and the multiplayer experience can be excellent if you choose to join an organized league. Unless you’re willing to shell out lots of money for iRacing on the PC, Assetto Corsa is almost as competitive as it gets in this category, though it does suffer from clunky pit stops and a notable lack of spectator system. Unfortunately, you cannot set up your own server on the consoles (though this may change in the future). Still, as shown in the video above, it is quite possible to join a random server and have a good time. 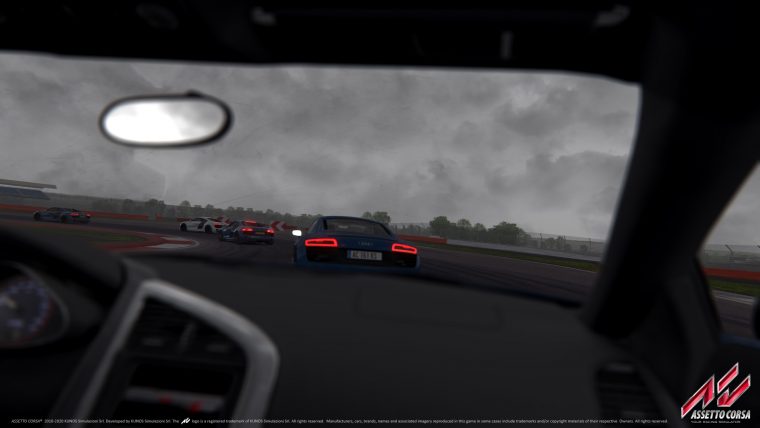 The AI in Assetto Corsa is ever-improving through patches but can still best be described as “serviceable.” It exists and can be used to set up decently fun offline races, but it combines a tendency to carelessly crash into the player with (oddly) over-caution. It’s too easy to block the AI while ahead, yet if it gets off the racing line, it will do everything in its power to return to it regardless of the consequences, even if that means spinning you out in a fashion that would get anyone banned for life at a real-life track.

In the same vein, the career in Assetto Corsa is a mere afterthought. It’s essentially a series of repetitive events that do a mediocre job of giving the player a sense of achievement and progression, which also suffers from poor balancing. While some events may be far too easy to beat, others may be downright impossible even on the same difficulty setting. In other words, if you want to play a racing game for the offline AI and career, give this one a pass. 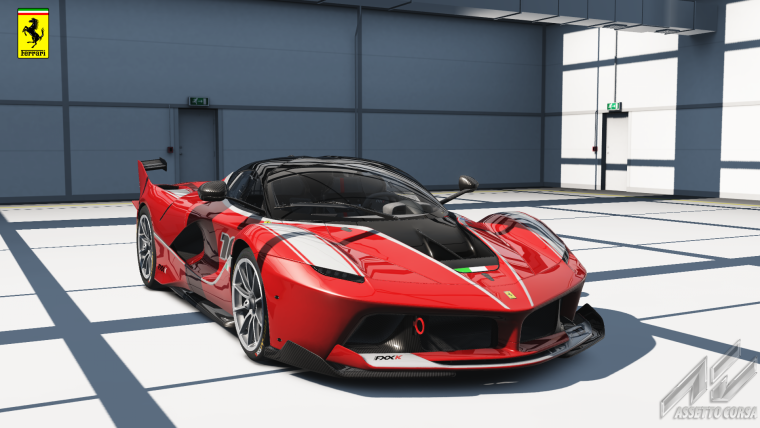 The Ferrari FXX-K, one of many DLC cars in Assetto Corsa.

Assetto Corsa is a competitively priced game. On PC, the base game costs $29.99 and all DLCs offer great value for the money. The game costs $49.99 on console but comes with more base content and is available with a $19.99 Season Pass that comes with all existing and future DLC. Below is a list of the available DLC on PC and the included tracks and cars. 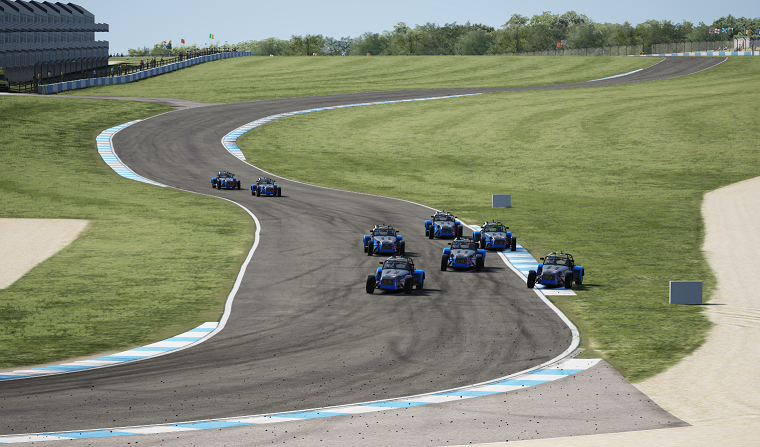 Assetto Corsa is by far the most popular modding platform among racing games at present. Thanks to this, players either bored or unsatisfied with the cars and tracks already available from Kunos Simulazioni can look to the modding community for hundreds, possibly thousands of other options. Of course, the downside here is that modding is impossible on the consoles. Again, you’ll want to play Assetto Corsa on PC if you want the definitive experience.

On a Budget? Save money on a car with Toyota’s College Graduate Program

I mentioned that Assetto Corsa was a very Italian game and this is true for more reasons than the developer being Italian or the name of the game itself. Like Ferrari cars, Assetto Corsa is a cut above everything else when the stars align, but can feel quite unpolished compared to the regular, perhaps less exciting competition. The barebones career, the lack of fanfare for winning a race, and various other details betray that when the developers made this game, they were really only thinking about things like handling and tire models, and not much else. Everything that doesn’t contribute to the driving feel is a mere afterthought, to the point that Assetto Corsa can be described less as a video game and more as a hotlap simulator. And given that it’s meant to be a simulator, perhaps that’s fine; but it’s also meant to be a game, and games should be fun.

In conclusion, only the most ardent simracers would be able to justify spending hours playing Assetto Corsa. However, if you do consider yourself an enthusiast or wish to become one, the game deserves a place at the top of your wishlist. When it comes to driving feel, no other title comes close.