At Last: Women Free To Drive in Saudi Arabia 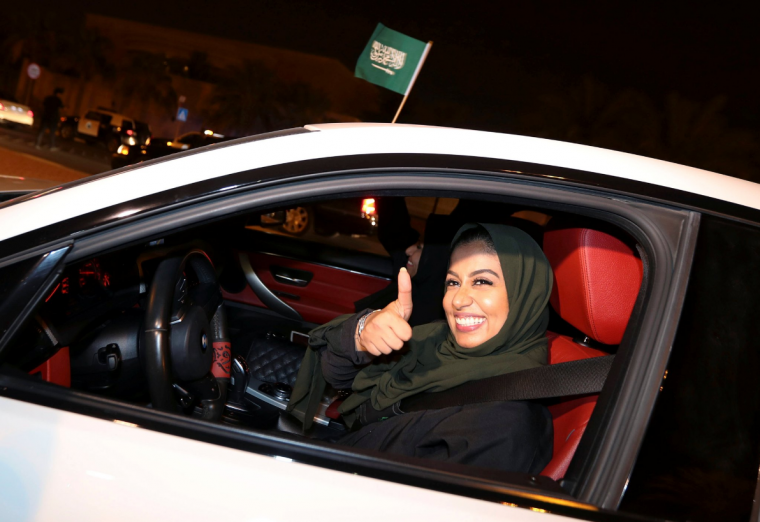 Considering that we have been covering the approach to Jun. 24 for over six months, you should know what happened yesterday in Saudi Arabia. At midnight, the law of the land officially permitted Saudi Arabian women to drive. While some women waited until daylight to take their first trips, several women who were too excited to wait got into their cars and drove as the clocks struck 12.

Driving A New Car? Learn more about the service milestones to keep in mind

The women who got up (or stayed awake) to drive at midnight were greeted with small celebrations. Some police officers were passing out roses to the first female drivers, no doubt trying to foster goodwill after years of arresting or detaining women caught in the driver’s seat. The press also spotted some women in cars festooned with flags, balloons and other decorations to celebrate.

This past Sunday was during the Eid al-Fitr holiday celebrating the end of Ramadan. Many families traditionally go on vacation during this time because many offices are closed, but The National reported that some decided to delay their trips until after the historic day so they could participate.

While there are still many things wrong with the state of civil rights in Saudi Arabia, yesterday is one glimmering bright spot that gives us in the international community hope that things can get better. I’ll admit that when I was reading the news this morning I got a bit misty eyed reading about all the women that were so happy to be able to navigate their country without a driver.

Something Different: Check out the new ad campaign for the Mitsubishi Eclipse Cross

We will continue to keep our eyes on the situation in Saudi Arabia for any further developments.