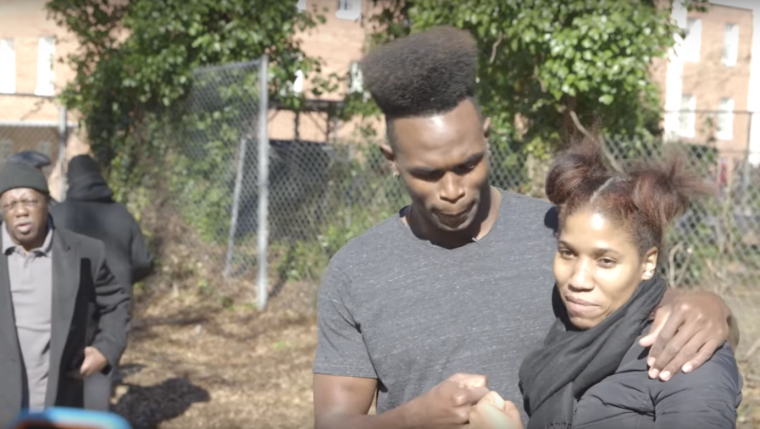 To celebrate Leap Day, Chevrolet took to social media with the hashtag #DayItForward, encouraging people to use the extra 24 hours provided by Leap Year to do something nice for someone else.

As part of the campaign, Chevy was able to enlist the aid of multiple celebrities—from actors like Mario Lopez and Sofia Vergara, to athletes like Baltimore Oriole Adam Jones and Detroit Tiger Daniel Norris.

Another professional athlete who participated in Chevy’s #DayItForward movement was Julio Jones, star receiver for the Atlanta Falcons and one of the best proponents of House Party hair in the NFL. For his part, the Alabama native decided to give back to people in his adopted home of Atlanta.

Jones chose to help out the SouthWest Ecumenical Emergency Assistance Center, or SWEEAC, an organization that provides emergency assistance to people in SouthWest Atlanta who are facing crisis. Each year, the charity distributes 250,000 pounds of food to 13,000 of the city’s less fortunate citizens.

“The whole purpose of me being out here today is giving back, showing everyone—the people still out here—that we believe in them,” Jones said.

Jones says he was grabbing three or four bags at a time and packing each up with vegetables like sweet potatoes, onions, and tangerines. Though Jones insists the SWEEAC “definitely put [him] to work,” he was grateful for the experience.

“It’s really good just to see people get excited,” Jones says. “Just being around that positive energy, hanging out and talking with them for a little bit to really get to know them and see what their life story is and serve them and help them and be an inspiration to them.”