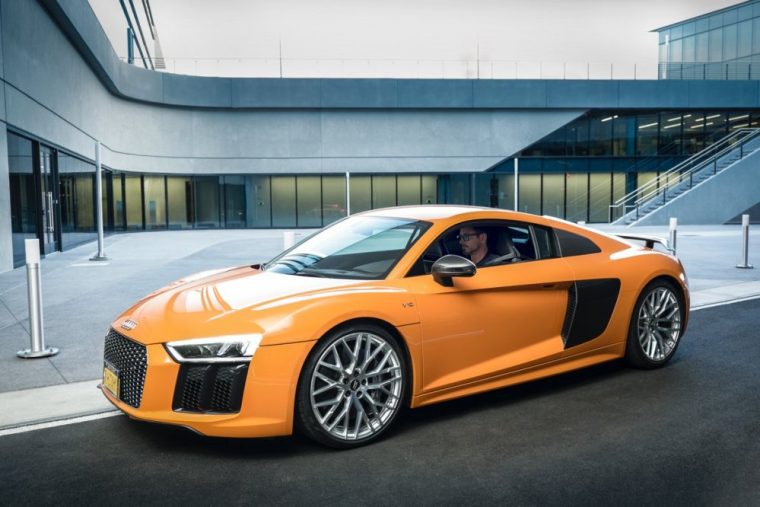 Iron Man is taking advantage of this sponsorship deal

Through the years, the members of the Avengers have driven a wide array of vehicles. At one point, Tony Stark’s ride of choice was an Acura, and the Washington, DC portrayed in Captain America: The Winter Soldier seemed to be populated only with vehicles from General Motors. In May’s much-anticipated Captain America: Civil War, it looks as if Steve Rogers, Tony Stark, and S.H.I.E.L.D. will be upgrading their vehicles to luxury Audi models.

With a new endorsement deal comes new videos, and the first one features clips from one of the film’s chase scenes (with many government Audi SUVs going after Cap’s friend Bucky) mixed with new shots of a family in their own red Audi SUV. Take a look at the commercial for yourself below.

The crew at CarScoops points out that S.H.I.E.L.D. must be doing really well for itself post-HYDRA, as the Audi Q7s featured in the commercial are usually well beyond the budgets of most government agencies. Before this film, S.H.I.E.L.D. relied heavily on Lexus vehicles to get around, and Agent Coulson has a classic Corvette (named Lola) as his personal company car,  so they’ve always had a taste for the finer things.

Drive a S.H.I.E.L.D. Vehicle: Check out a model overview of the Audi Q7

The thing about this commercial that really blows my mind is how clueless the woman driving the red Audi Q7 is. As if seeing a man race by your car on foot as you’re driving in a tunnel isn’t enough to freak a driver out, she is also being followed by government vehicles that have light bars blazing in pursuit of the former Soviet assassin. She might live in a world populated with super soldiers, demi-gods, green rage monsters, and genius billionaire playboy philanthropists, but I have a feeling that even in this version of America, flashing lights mean you should pull over to the right to allow emergency vehicles to pass.

Hopefully the Audi drivers in the actual film have more driving sense than the family featured in this ad. Too bad Bruce Banner isn’t slated to appear in Civil War, as the Hulk would be the perfect Avenger to deal with distracted drivers.