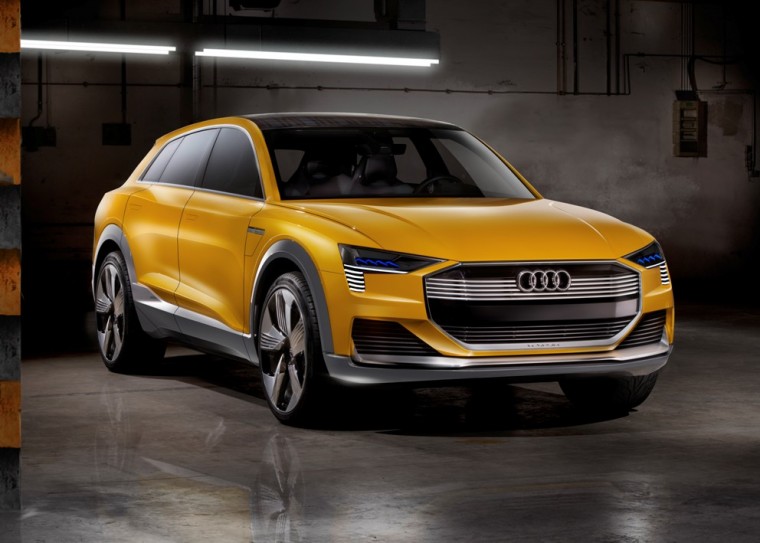 Audi proudly unveiled its latest concept at the North American International Auto Show today. You will be forgiven for thinking that the Audi h-tron quattro concept looks (and sounds) a bit familiar. This latest concept vehicle is clearly a sibling of the Audi e-tron quattro concept unveiled at the Frankfurt Motor Show in 2015, but instead of electricity, the newer concept relies on hydrogen fuel to roll down the road.

Take a closer look at the Audi h-tron quattro concept below: 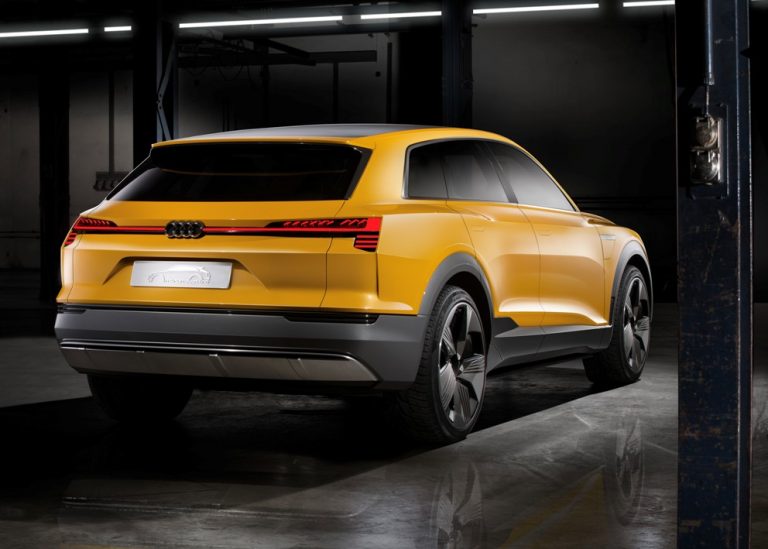 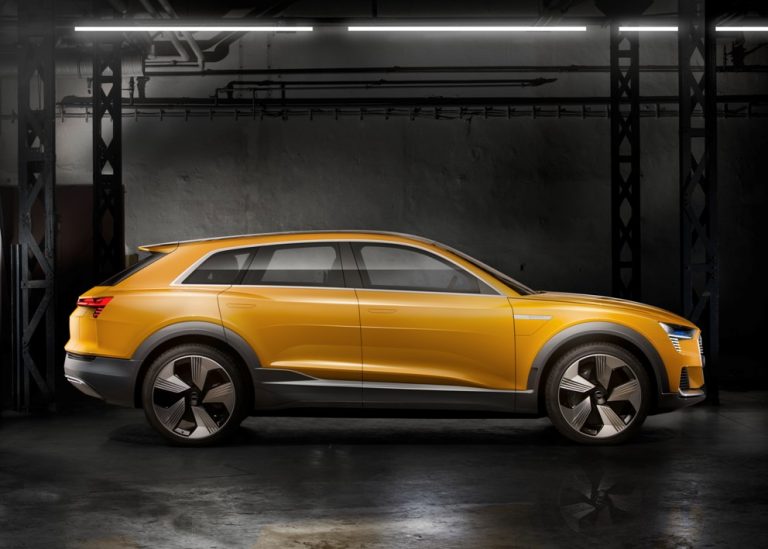 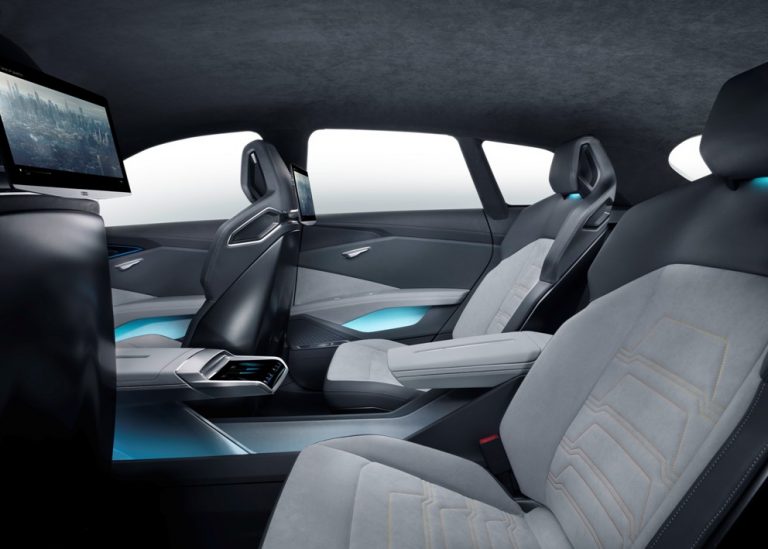 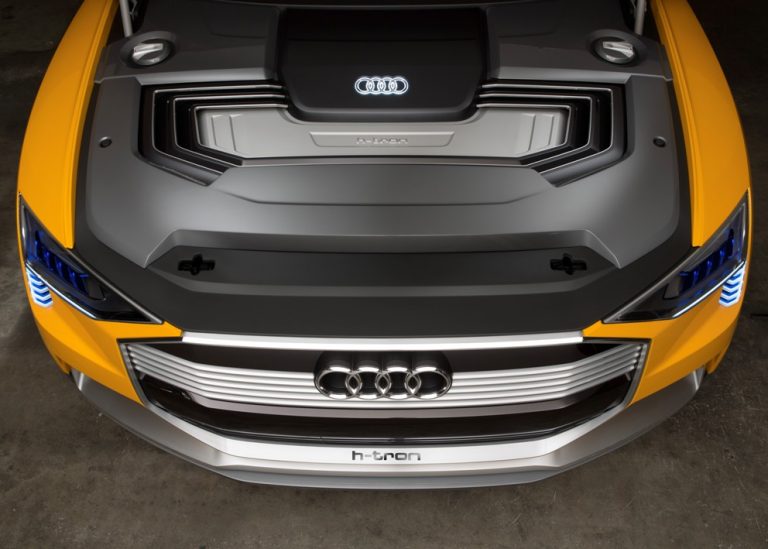 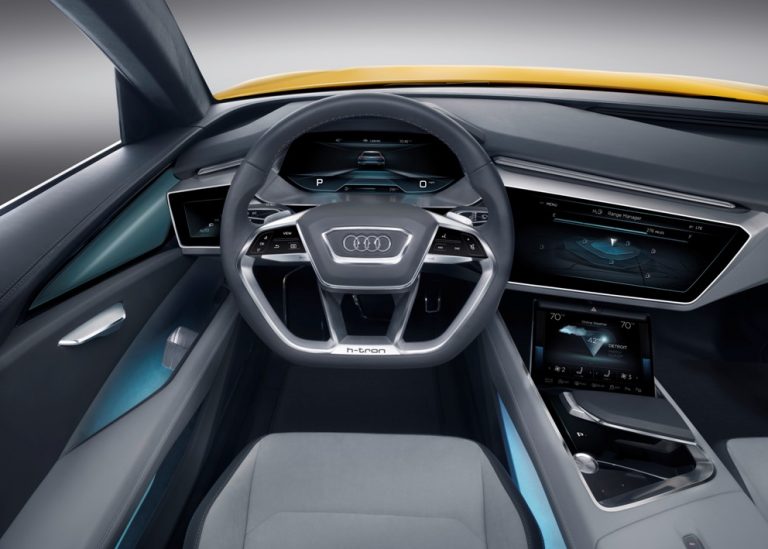 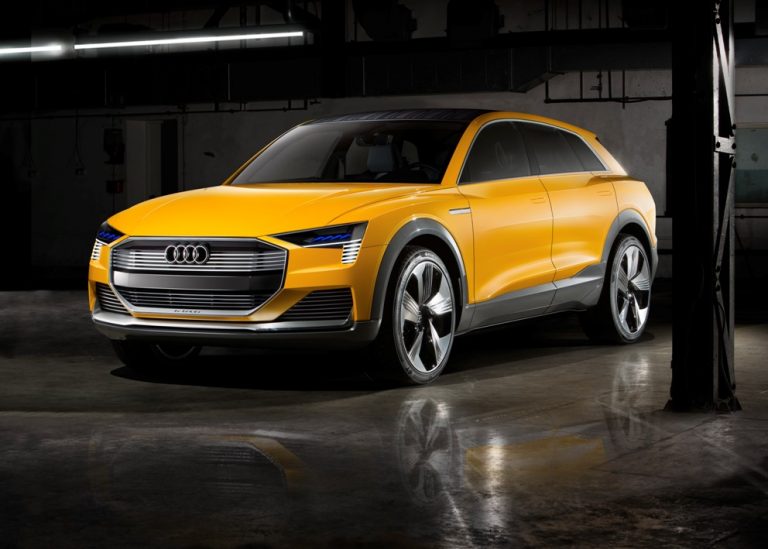 The Audi h-tron quattro concept’s all-electric drive is powered by innovative hydrogen fuel cells, a green energy source. A four-minute hydrogen refueling goes a long way, with a 372.8 mile (or 600 kilometer) driving range. This alternative fuel vehicle has power in spades, going from 0 to 62.1 mph (100 kilometers per hour) in less than 7 seconds.

Audi also loaded the Audi h-tron quattro concept with technology that it hopes will be included in production vehicles starting in 2017, including piloted parking and driving. The piloted driving systems that Audi is working on would be able to take on basic driving during parking and in stop-and-go traffic on the roadways, thanks to the central driver assistance controller, or zFAS, that monitors the vehicle and surroundings in real time. We’ll see how capable the system is when it is unveiled on a production model and taken through its paces.