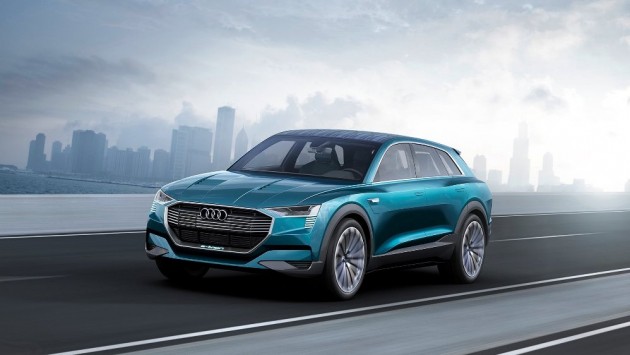 When the 66th International Motor Show (IAA) opens tomorrow in Frankfurt, Audi will be ready to show its latest concept to the world. The Audi e-tron quattro concept is meant to give the public a preview of an all-electric SUV that Audi expects to present in early 2018. Industry experts see this as Audi’s direct challenge to Tesla in the luxury electric car segment. If the production model looks anything like the concept, its engineers are off to a good start.

Take a look at the Audi e-tron quattro concept  below: 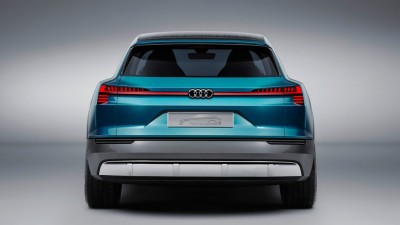 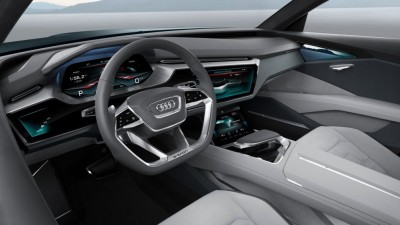 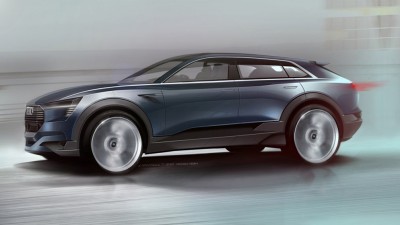 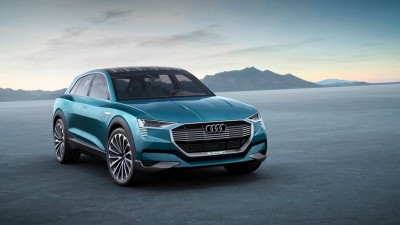 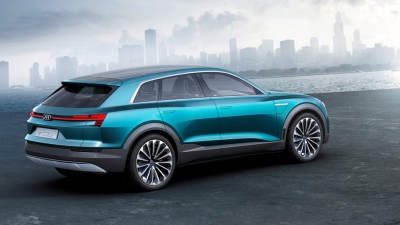 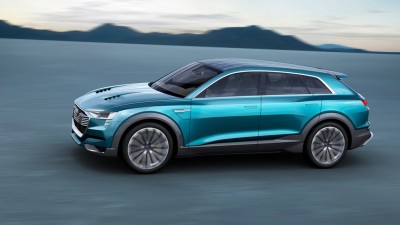 According to Audi, this concept is ready to go more than 500 kilometers, or 310.7 miles, on a single charge. The range doesn’t dictate how far you can drive before you stop, however. On a sunny day, the large roof solar panel allows the e-tron quattro concept to use solar power to charge. If you do have to park and charge, a full charge using a charging column should only take about 50 minutes.

One motor is not good enough for this luxury concept, as it is equipped with one motor for the front axle and two for the rear. The e-tron quattro concept  has dynamic all-wheel steering, which means that speed and driving conditions will dictate if the front and rear wheels steer in the same direction or in opposite ones to maintain stability. This also means that it is more maneuverable than similarly-sized vehicles. Its low stance and the battery under the passengers’ feet are also meant to help give the SUV a sporty feel as you drive on the open road.

You can check out the concept in motion below in the German preview video:

With seating for four and 21.7 cubic feet of luggage space, this SUV is ready to take on both the open road and all of the passengers’ gear for the destination. The concept is also equipped with a central driver assistance controller, or zFAS. It uses radar, ultrasonic sensors, a video camera, and laser scanners to form a complete picture of the conditions around the vehicle and help the driver avoid obstacles. According to Audi, zFAS is almost ready to be included in already-established production vehicles.

Time will tell how many features in this concept vehicle make it to the production model. Stay tuned to The News Wheel for more information on this Tesla competitor as it becomes available.