Audi has just won the 24 Hours of Le Mans for an astounding 13th time. The No. 2 Audi R18 e-tron quattro, piloted by Marcel Fassler, Andre Lotterer, and Benoit Treluyer, took the checkered flag moments ago and brought Audi one step closer to toppling Porsche’s all-time Le Mans record of 16 wins. 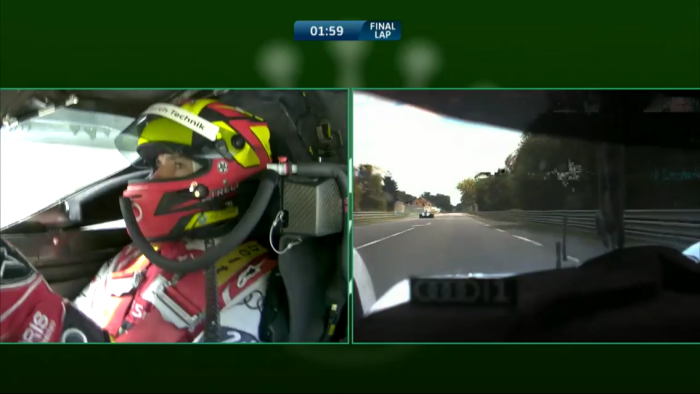 The Audi No. 1 car, driven by Lucas di Grassi, Marc Gene, and Tom Kristensen, finished in second place. Their podium position is nothing short of miraculous after a Wednesday qualifying crash left the No. 1 in ruins; the Audi team rebuilt the R18 e-tron quattro from scratch overnight, making their finish all the more gratifying.

The No. 8 Toyota TS 040 Hybrid finished in third place, the Rebellion R-One Toyota finished in fourth, and the Zytek Z11SN Nissan rounded out the top five. The Rebellion R-One took the top spot in the LMP1-L class (non-hybrid), and the Zytek Z11SN Nissan won the LMP2 class. Congratulations to Audi on their spectacular performance, and stay tuned for more results from Le Mans!