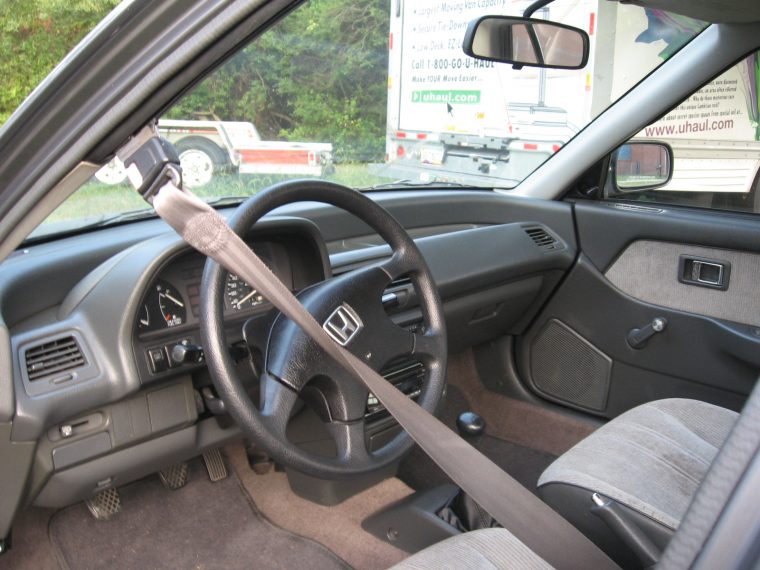 Today’s cars have an plethora of automated safety features that take operations out of the hands of drivers. Automated cruise control, automated lane departure adjust, and automatic braking are all features you’ll find on many 2019 vehicles. These weren’t the first safety features that vehicle manufacturers tried to automate, though. A particular attempt in the 1990s has become notorious for its absurdity: automatic seat belts.

How were those ever a thing?

Must-Have Accessories: Things you need to have in your car (does not include automatic seat belts)

Don’t get choked up over automatic seat belts

What’s the most grueling, exhausting, and downright challenging aspects of driving a car? If you’re one of 99.9% of people, you probably didn’t say “Putting on the seat belt.” Yet, Americans were notoriously resistant to wearing them, as if it’s a task they can’t do themselves. So, in the 1990s automakers had a brilliant, terrible idea: automatic seat belts.

Here’s how the automatic seat belt worked. When you entered the front seat of a car (driver or passenger), the cross-chest belt — mounted to the A-pillar — would move via motor around the door frame until it rested by the B-pillar. This would draw the belt across the chest of the passenger. It was still the duty of the passenger, though, to secure the lap belt. Without it in place, a cross-chest belt by itself could cause major neck and head damage in an accident or sudden stop.

Automatic seat belts appeared on vehicles for about two production years before they retired. During those two years, the devices proved to be prone to breaking, particularly shredding the motor and the track. They also became a laughing stock in pop culture. Remember watching America’s Funniest Home Videos and seeing one knock something out of a passenger’s hand or choke the driver?

What you might not realize is that the NHTSA used to consider automatic seat belts a sufficient substitute for another, now-essential passive safety feature: air bags. Yes, getting your neck caught in a motorized belt was considered safer than landing against a cushion during an impact.

Hopefully with all this other automated technology in development, we won’t be seeing a return of this atrocity.

Your Guide to Buying Used: If you’ve not bought a used car before, this is helpful!