Safety technology in vehicles seems to get more and more complex on a daily basis. Not so for car seats; these days, most new vehicles are mandated to be equipped with Lower Anchors and Tethers for Children (LATCH) systems that allow for easy and simple installation of car seats. But shockingly, three out of four car seats are not installed correctly, which can greatly endanger your child’s life. In order to educate parents and caregivers on the correct way to install an infant car seat, Toyota and Cincinnati Children’s Hospital teamed up in 2004 to launch the Buckle Up for Life program, and today Toyota announced that the program would expand to three new cities in hopes of spreading the word and saving lives. 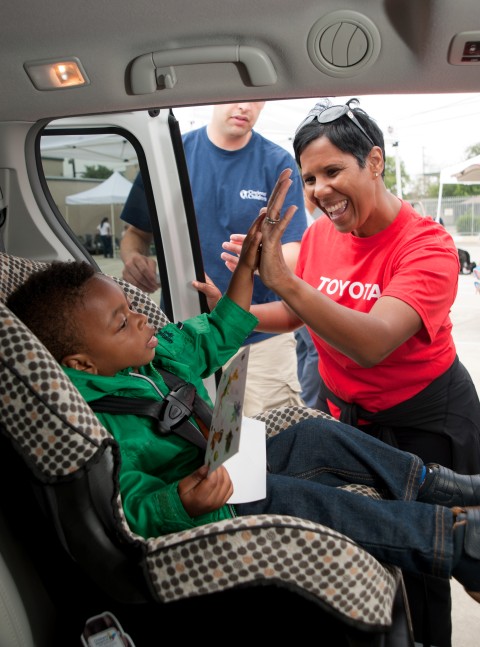 The Buckle Up for Life program shows parents the correct way to install car seats.

This announcement not only comes during the first week of Baby Safety Month, but also during Child Passenger Safety Week—just two more reasons to draw attention to the fact that we’re not always protecting our children as well as we think we are while on the road.

The Buckle Up for Life program has educated over 17,000 people during the last 10 years, and Toyota’s sponsorship has provided funding for more than 40,000 car seats for families who can’t afford them on their own. Additionally, over the life of the program, studies have found that among members, the number of unrestrained children in cars decreased from one in four to less than one in 10, and the rate of children in car seats increased from around one in three to around one in two. Proof that the program works.

Additionally, Buckle Up for Life is releasing a number of PSAs on television, radio, and the internet, which will air during time donated by the media. Watch the TV PSA below, and then go check your car seat to make sure it’s properly installed.