Back to Start: A Review of ‘Burn Out! A Hot Rod Board Game’ 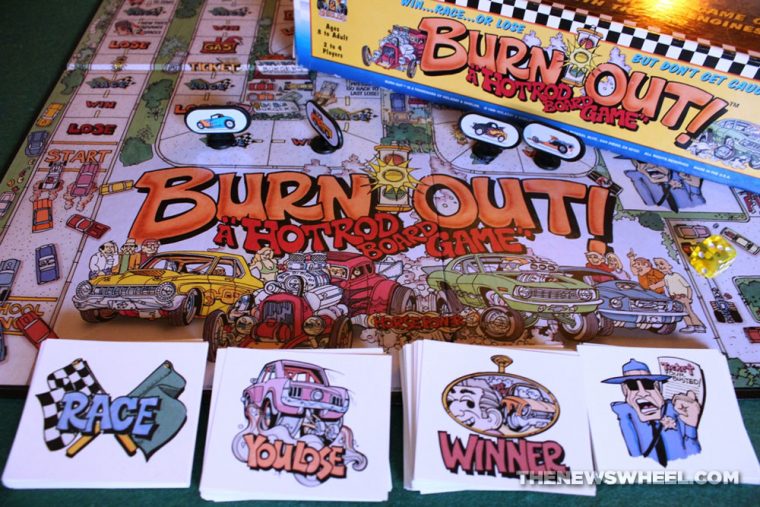 I love shopping at thrift stores because you find the most off-beat, vintage board games buried under piles of half-empty Scrabble boxes. Recently, I came across a game from 1996 with a homemade aesthetic to it that payed homage to the heydays of hot rods.

I couldn’t find any information on Burn Out! A Hot Rod Board Game online, other than it being self-published by game creators Holaday and Shields, and that it was endorsed by Goodguys Rod & Custom Association…so I was intrigued. What did this tabletop oddity have to offer?

Review of Burn Out! A Hot Rod Board Game 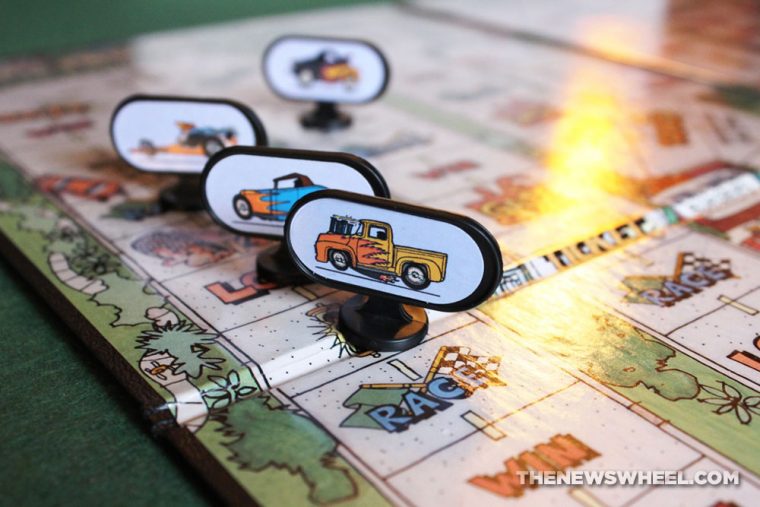 Every player chooses a vehicle token–patterned after custom hot rods–which they place on the Start space. The goal is to get your car to Pic’s Speed Shop (the Finish space) first.

Movement is based on the roll of a single die. Based on what space you land on, different events could happen.

If two players land on the same space, or they land on a Signal Light, they must challenge and roll against the competing player.

There are also a number of spaces that send you backward (or back to Start), or cause you to lose a turn. 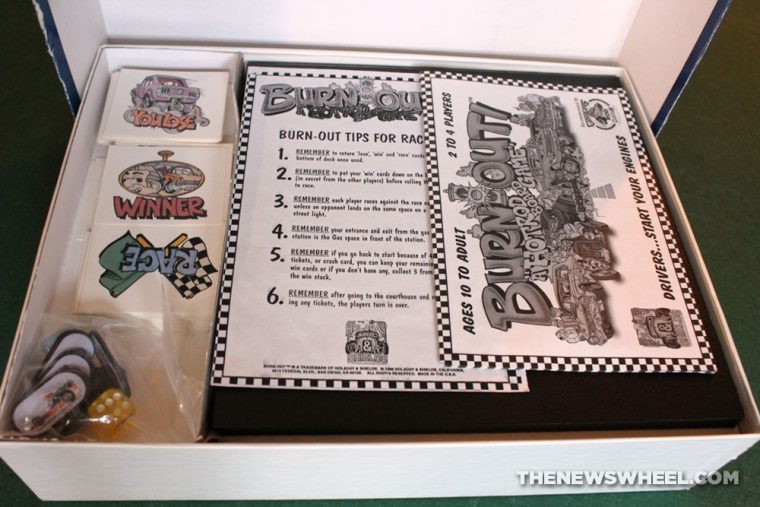 Burn Out! The Hot Rod Board Game includes:

Like most old-fashioned board games from pre-2000, there’s a lot of empty space in the flimsy, oversized box. The components only take up a portion, and the rest is filled by hollow rectangular inserts. At least a trough keeps the cards from sliding around the entire box.

The components–the cards, pawns, and board–are fair quality have have held up for surprisingly well after 20 years of abuse (which really shows on the box). It’s not a high-end game, by any means, but it has a lot of effort for its budget.

We did notice some misspellings that should’ve been caught–e.g. “Your Busted” on the officer tickets. 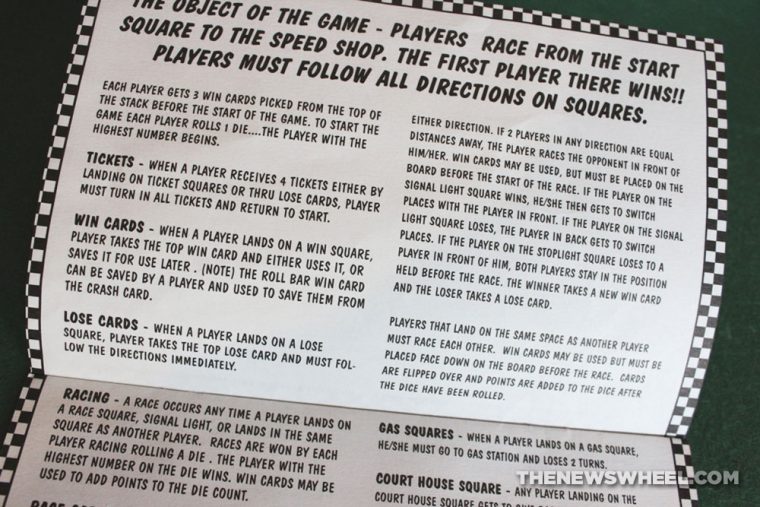 For as simple of a dice-rolling, make-your-way-to-finish game Burn Out! is, we had difficulties. The instructions were not very helpful; one page consisted of vague, spotty directions and the rest was a glossary of trade terms. While it’s nice that the creators wanted it to be educational, we ran into multiple scenarios that could’ve used more comprehensive directions. Most of it we had to guess on.

The “Burn-Out Tips for Racing” leaflet insert was useful, as it listed some additional clarifications on the game, but we could’ve used more guidance like that. 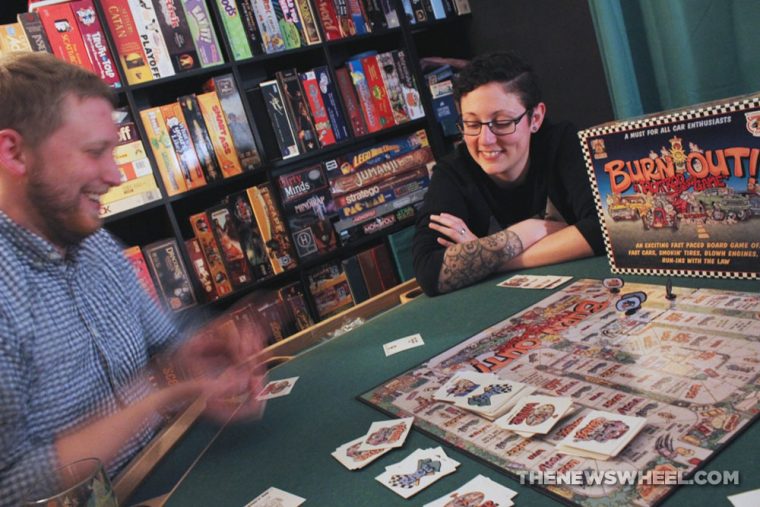 Burn Out! was clearly a passion project created by two guys who love the culture of hot rod racing and wanted to share that in a board game that could be played with old-timers and young’uns alike. The artwork on the board is lively, detailed, and has a lot of personality. It reminds me of the custom art from the days of hot rodding.

The references to specific classic cars and the whole challenge of rolling to beat various challengers–and enhancing your potential results–is ahead of its time and had us entertained–for a time. 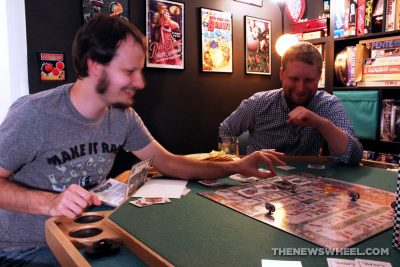 We played for an hour before giving up. I can’t count the number of times one of our players was sent back to start. At first it was funny, but then it became impossible to cross the half-way mark. There were far too many ways to get sent back to Start–spaces on the board, penalties for losing races, acquiring speeding tickets…It was near impossible to progress forward.

As a novelty and an homage to hot rodding, I appreciate Burn Out!, but as a game, it could use some kinks worked out.

Burn Out! A Hot Rod Board Game is out of print, but can be found through retailers who sell pre-owned products.