Bari off the Track: A Look into a Monster Truck Driver’s Life 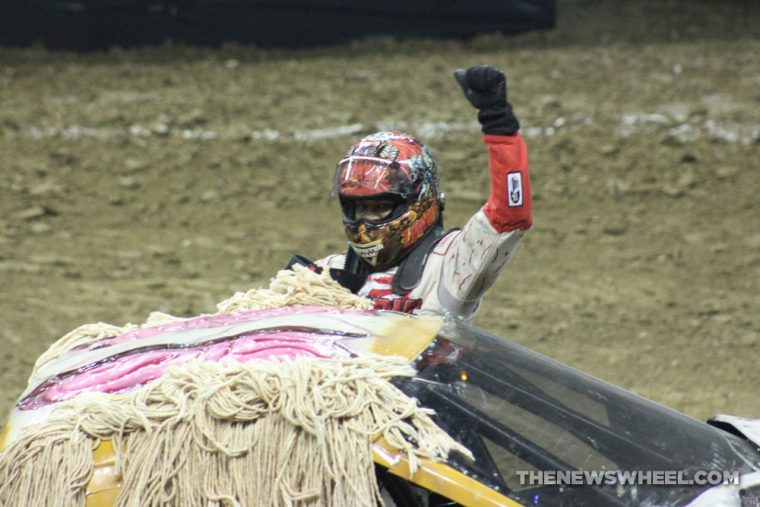 Bari Musawwir is known mostly as the Zombie truck driver in Monster Jam’s East Coast Tour. At the time of this post, Bari is leading the Monster Jam pack in points, showcasing just how great of a driver he is—but there’s more to Bari than just monster trucks.

A Love of Graphic Design 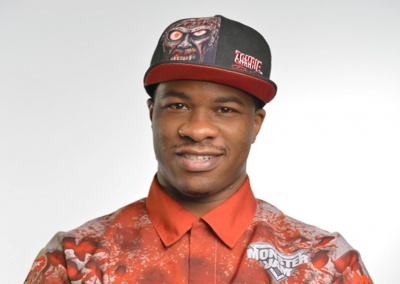 Bari Musawwir is more than the Zombie monster truck driver

Off the track, Bari puts his Bachelors degree in graphic design to work. With the use of a computer, the Monster Jam driver easily turns imagination into real life. Though Bari loves being the driver for Zombie, when we asked him what he would do if he every had the opportunity to design his own truck, he got extremely excited:

“Oh man, that’s a really cool idea,” Bari said in an exclusive interview with The News Wheel. “I’m a big fan of Transformers, so I think it would be cool to design an Optimus Prime-themed truck. It hasn’t been done before. You can incorporate the design of the truck from the movie or cartoon into a Monster Jam truck. I don’t think anybody has done a semi-truck-type body on one of these monster trucks. I think it would be cool to do that, and I’m sure it would be a hit with all the Transformer fans.”

Needless to say, his love of graphic design is apparent. He especially loves doing wraps for car bodies and helmets, specifically due to the fact that he gets to see his designs come to life. In fact, he designed his own Zombie helmet—and the helmets of his peers.

Rebel with Ram: See what the Ram 1500 Rebel has to offer 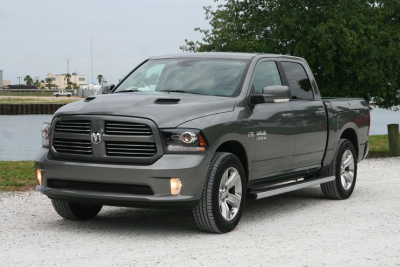 So, what kind of car does a monster truck driver like to spend his time in off the track? Well, I’m sure you’re not surprised to find out the answer to that question is a truck. But not just any truck—a 2013 Ram Crew Cab Sport Edition. *swoon*

Like other Sport Edition Rams, Bari’s doesn’t have any flashy chrome accents. Instead, it highlights the truck’s sporty performance with hood scoops and a smooth suspension. Bari has even amped up the red exterior color by adding red inlays to the truck’s 5-spoke wheels. As he says, “I couldn’t not have a truck.” But when he’s off the course, Bari doesn’t take to doing damage with his everyday Ram.

“It drives so smooth, but I don’t really drive it fast,” said Bari. “I just cruise it around. My hot rod is Zombie on the weekends.” Because, really—who wouldn’t want a weekend car that can crush things?

The Ranger Ram: Check out the Texas Rangers Edition Ram 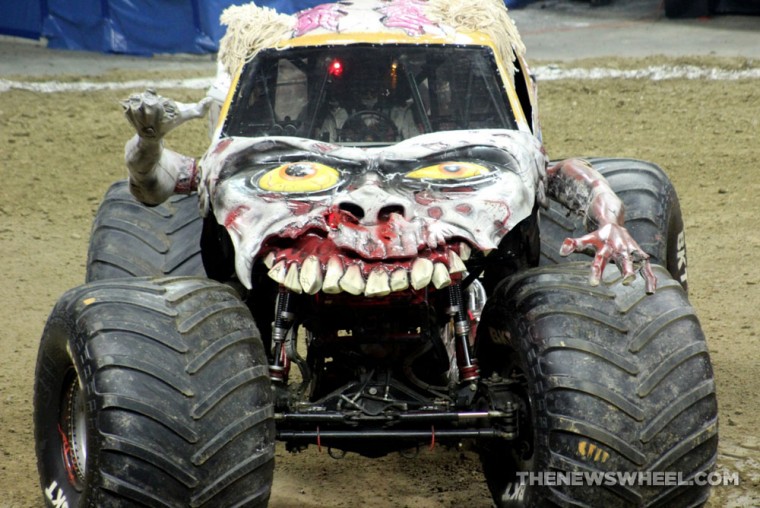 Despite the Monster Jam circuit’s busy schedule, Bari always manages to spend time at home with his family. Whether it’s visiting his relatives in his hometown of Cleveland—though, he says that they’re more likely to visit him in sunny Florida—or having a blast with his son, the Zombie truck driver somehow finds a balance between work and play. Even now, he’s teaching his two-year-old son to find the right balance. 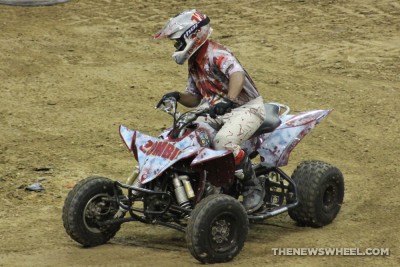 “You’ve got to expose [children] to as much as they can because they’re like sponges and soak up everything,” said Bari when talking about raising his son. “You want to broaden their horizons so they’re not one-track-minded.” But that doesn’t mean Bari’s son hasn’t already been exposed to Monster Jam. Just last year, his son attended a Monster Jam show in Tampa, though he was only one.

Now, Bari’s son is beginning to understand exactly what his dad does for a living. “He sees us on TV and recognizes me on the screen, so it’s really cool. He doesn’t quite say… well, he says ‘Monster Jam,’ but he doesn’t say [those words] together. So whenever a truck crashes, he says, ‘Jam.’ My uncle thought he was saying something else… He’s a blast to have fun with. When I’m not on the road or on tour, I’m home with him.”

C.A.M and I just picked up our limited edition Zombie Monster Jam Collectable at McDonalds! Make sure you go grab a happy meal so you can bring Monster Jam home with you to while supply’s last! @monsterjamlive #MonsterJam #zombie #mcdonalds #happymeal #collectibles A photo posted by Bari Musawwir (@barimusawwir) on Sep 18, 2015 at 4:13pm PDT