Bask in the Coolness of the Electric COPO Camaro

Chevrolet has been a front-runner in electric vehicles for some time, now. It was the first to offer a long-range, affordable electric car in the Bolt, and its Volt plug-in hybrid continues to offer one of the longest all-electric ranges of any plug-in hybrid. Today, a new Chevrolet concept car at the SEMA show lets the company break new trails into performance-model territory: the eCOPO Camaro Concept.

Explore the Current Model: The 2018 Chevy Camaro is available now at dealers 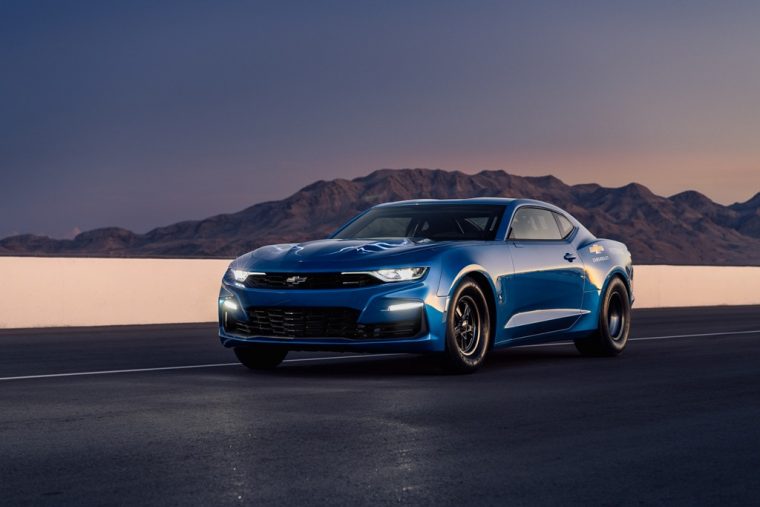 Chevrolet’s COPO Camaros are dragstrip-optimized versions of the sports car, which started in 1969. The eCOPO Camaro follows along the same pattern, offering drag-racing prowess powered by electricity. Chevy made the eCOPO in partnership with Hancock and Lane Racing. Hancock and Lane Racing posted a video of the reveal on Facebook, so you can watch it roll onto the stage so quietly you can hear someone whistle in admiration.

The power of the eCOPO Concept comes from a powerful, unique electric motor. With this, the eCOPO produces more than 700 horsepower and 600 lb-ft of torque. According to Chevrolet, this gives it quarter-mile times in the 9-second range (though testing is ongoing). 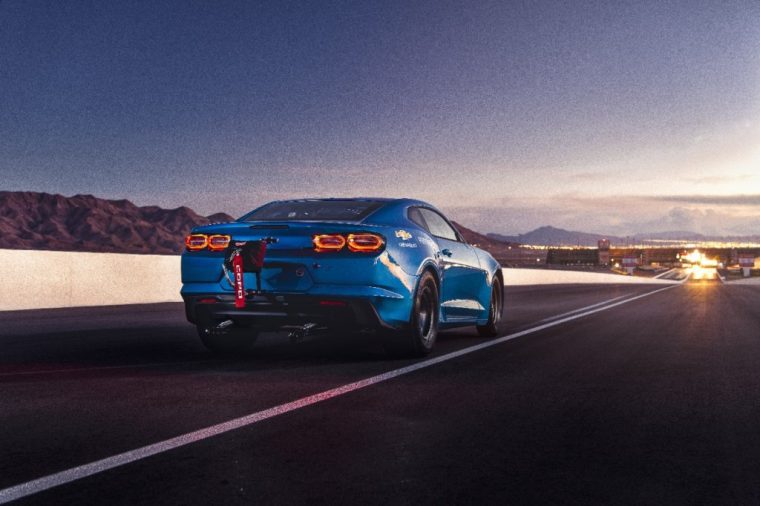 In addition, the concept comes with General Motors’ first 800-volt battery back. That is more than twice that used in the Volt and Bolt EV. The pack includes four 200-volt modules, each of which weighs about 175 pounds. These are mounted strategically toward the rear of the car, with two in the rear seat area, one in the spare tire well and one over the rear axle. This battery allows more efficient power transfer to the motor and faster recharging (especially important in the short down time between races).

With this concept, Chevrolet is exploring what an electric performance car would be like. Russ O’Blenes, director of Performance Variants, Parts, and Motorsports at General Motors, said, “The eCOPO Concept is all about where we go in the future with electrification in the high performance space. The original COPO Camaro program was all about pushing the envelope, and this concept is an exploration with the very same spirit.” 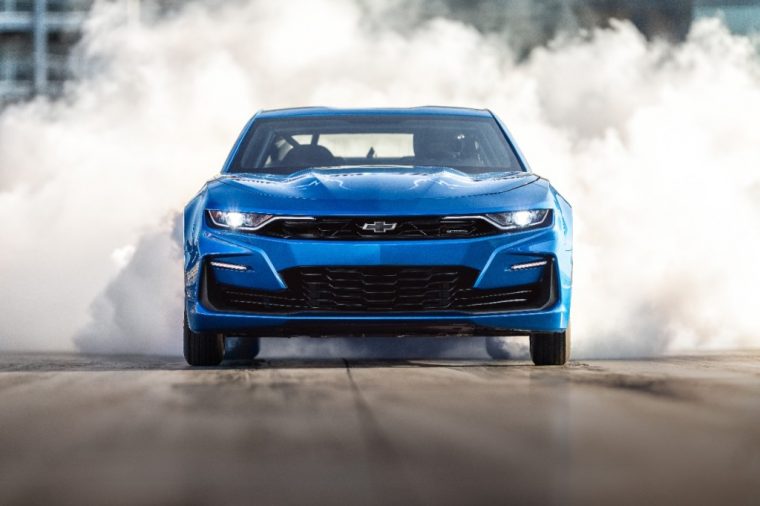 It also raises an interesting possibility: electric crate motors. The eCOPO’s electric motor has the same mounting pattern and crankshaft flange as an LS engine. So, it could attach to most any GM transmission. In addition, the drivetrain components in the eCOPO are in the same spot as in the gasoline COPO Camaro. In other words, you can just bolt the electric motor into the engine’s spot.

O’Blenes said, “The possibilities are intriguing and suggest a whole new world for racers. Chevrolet pioneered the concept of the high-performance crate engine right around the time the original COPO Camaro models were created, and the eCOPO project points to a future that could include electric crate motors for racing, or even your street rod. We’re not there yet, but it’s something we’re exploring.”

On a personal note, I am greatly amused at the lightning on the hood. Nice touch, Chevy.